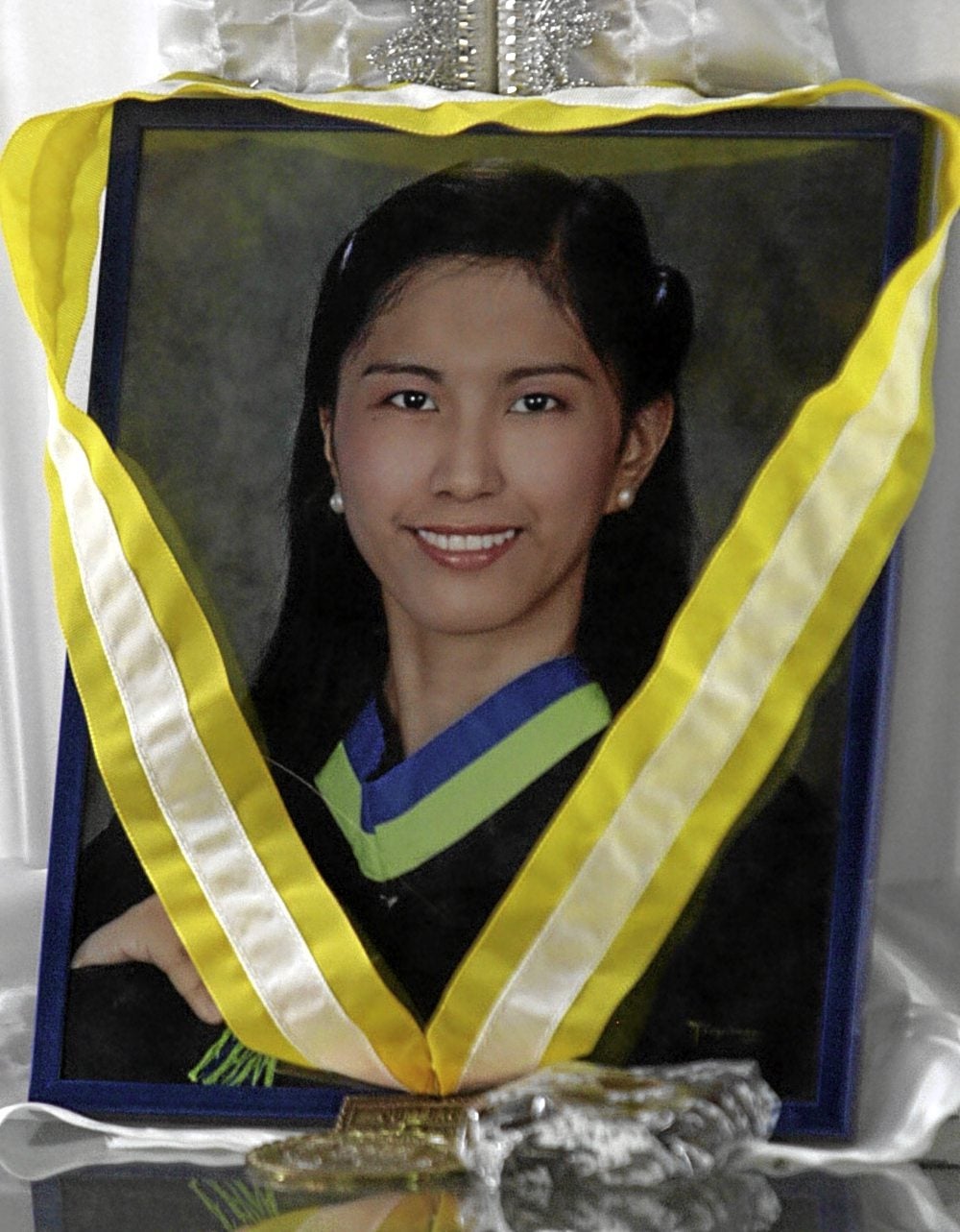 Death and the Maiden

BACOOR CITY—A bag of puto bumbong (purple rice cakes) helped investigators track down the killers of 20-year-old Cyrish Magalang, who had bought the steamed delicacy as pasalubong on the night she was murdered.

Supterintendent Romano Cardiño, the police chief of Bacoor, said the rice cake vendor near the West Camella Springville subdivision, where the victim lived, remembered Magalang because “she bought too many” of her wares at around 10 p.m. of October 30. It was Magalang’s last stop before she got on the tricycle driven by one of her attackers.

Police found the bag of the rice sweets often associated with the festive holiday season at the ghastly site of the murder where Magalang was found the following morning.

“That could mean she was attacked just within the vicinity and that the attackers could just be around. So we started our investigation from that point,” Cardiño said.

Magalang was stabbed 49 times, her hands tied with a piece of plastic straw, and her face smashed with a hollow block. Police also found the victim’s underwear pulled down.

“She was still alive when they left her but no one knew she was there until the next morning. She died a slow death (after) losing so much blood,” the police officer said.

When Magalang failed to arrive home at around 11 p.m., the usual time when she did, her parents started looking for her. They called up her co-workers and friends, hoping that their daughter had just decided to spend the night somewhere else. When she could not be found until noon of October 31, the parents decided to report to the police that their daughter was missing.

“One of our police officers told the parents that a woman had just been found [dead] that morning. They were in disbelief until it was confirmed [that the woman was Magalang] at the funeral home,” said Cardiño.

A farmer found Magalang’s body inside a hut on a farm located in a remote portion of Barangay Molino 3.  No one knew how it got there until a few days later when Molino  resident Josie dela Cruz surfaced and told police that she had seen Magalang take the tricycle the night she was killed.

The night of October 30, Dela Cruz and her husband were also waiting at the tricycle stop to pick up their teenage daughter from work. She did not know who Magalang was, but for some reason, she felt suspicious of the tricycle driver and the man riding in tandem with him. She checked out the tricycle’s body number-015, and later told the police about it.

“Of course I was having second thoughts [about coming out] because we were afraid [to get involved]. But I realized I should be more afraid if we allow [the suspects] to stay on the loose,” Dela Cruz said. “I also have a daughter; what if that happened to us?”

After asking tricycle operators in the area, the police learned that it was the suspect, Roel Gacita, 24, who was driving the tricycle. The man riding in tandem with him was his brother Rolin, 27, a vegetable vendor.

On November 2, around 4 a.m., the police arrested the Gacita brothers at their home in Barangay Molino 3.

The suspects admitted to the crime. Drug tests also revealed that both were under the influence of illegal drugs the night of the murder.

“According to Rolin, he and his wife had a fight earlier [on October 31]. He went out to drink and took shabu. Then he looked for his brother and told him about his plan,” Cardiño said.

The plan was only to rob the victim. “But according to Roel, Rolin decided to bring Magalang to the farm so she could not immediately escape and report the incident to the police.

“At the farm, the victim started to scream for help so they decided to kill her,” he added.

Recovered from the crime scene was the screw driver and bloodied hollow block used to bash in the victim’s head. They also found Magalang’s empty bag.

“The suspects said the cellphone was just worth P700 when they sold it. The wallet contained something like P200,” he said.

Police on November 5 filed robbery with homicide charges against the suspects. Cardiño said that although the autopsy report showed no rape had occurred, the fact that the victim’s underwear was pulled down was enough circumstantial evidence to include a case of attempted rape.

Calls for the reimposition of the death penalty flooded social networking sites in the wake of Magalang’s death, but the Catholic Bishops’ Conference of the Philippines was quick to oppose it, saying that the death penalty is “a risky policy.”

But Dante Jimenez, founder of the non-government group Volunteers Against Crime and Corruption, said that restoring the death penalty would deter heinous crimes. Based on their records, at least one woman gets raped every day, he added.

The Magalang slay case also prompted tighter security measures in Bacoor City, among them a mandatory drug test among tricycle drivers and the installation of additional security cameras.

Bacoor City Mayor Strike Revilla said they had also asked establishments and hospitals to install security cameras to augment the security on the roads especially at night. •