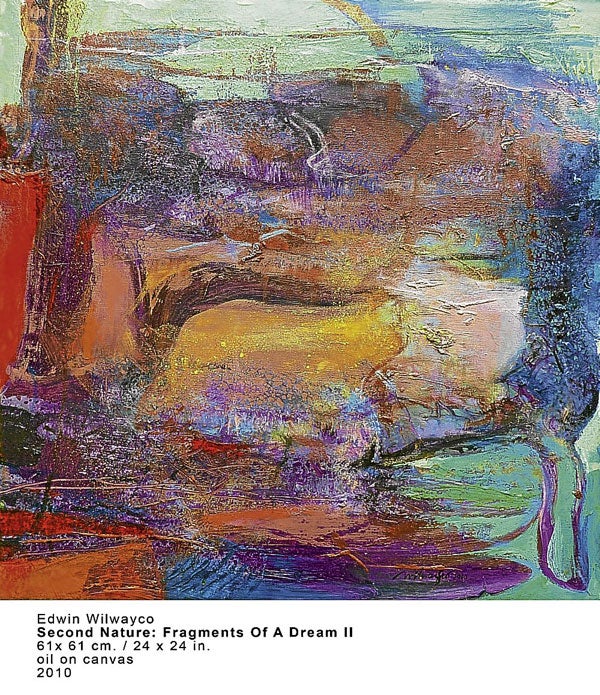 Wilwayco returns to his roots 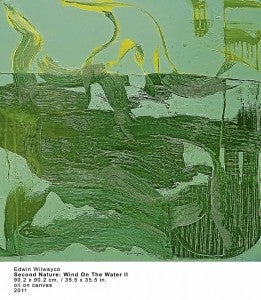 Nature does not hurry, yet everything is accomplished!
—Lao Tzu

After over three decades of sustained dedication to abstract painting, Edwin Wilwayco has emerged, in my estimation, as the rightful artistic heir to the late National Artist José Joya, pioneer of Abstract Expressionism in the country.

As a UP Fine Arts student, Wilwayco was fortunate to have been under the tutelage of Joya, who was an exemplar of the New York School of painting, characterized by the sensuous manipulation of surface texture; bold, gestural application of pigments; and large, sweeping scale.

Wilwayco started with figurative images, such as the Philippine flag, the jeepney and the bird-of-paradise, which he then proceeded to deconstruct, subjecting them to surprising reconstructions of form.
His aesthetic reaction to one particular color—blue, for instance—catalyzed Wilwayco to a long-standing exploration of its spiritual resonances. So, too, with various aspects of nature, where wind and water, foliage and vines and mountains are intuitively felt, giving rise to their plastic and spatial equivalents.

Revisiting this theme is Wilwayco’s latest series titled “Second Nature,” now on view at Galleria Duemila, which adverts to the dominant forces of nature as well as to the artistic idiom of abstraction. 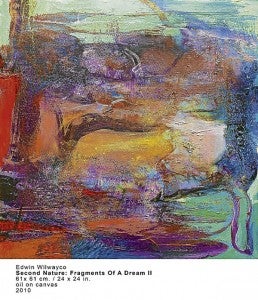 While Wilwayco’s grasp of the tenets and philosophy behind Abstract Expressionism is unquestioned, the greater challenge lies, in fact, in the arena of public appreciation and critical estimation.
No clearer manifestation is there of the rotating wheel of aesthetic revolution and counter-revolution than the times in which we live now as witnessed by the changing of the guard in the Asian auction houses.

The dominance in the upswing of representational art, especially of the variety that conflates a mishmash of hyperrealism with their surrealistic and fantastical superimposition of complex images which serve as metaphor and index of modernism in art and in life, now commands the attention of the global media and the Big Money investors and speculators.

We take heart, however, in learning the lessons of history. The American critic Barbara Rose duly observed: “An autonomous art-for-art’s sake was viewed as a foreign invader liable to subvert the native American desire for a purposeful art. Abstract art was assigned the role of the villainous alien.” 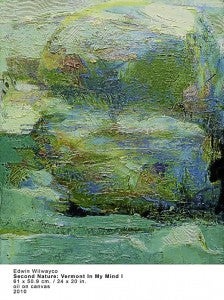 Alas, to this day, a similar situation obtains in our country. Abstraction has always been a hard sell, and were it not for the passionate commitment of a headstrong band of artists, this idiom would have been a lost cause.

These current abstractions are emanations of Wilwayco’s ardor and passion for nature, rooted in the landscape paradigm of so many abstractionists, from Hans Hoffman (“I bring the landscape home with me”), Joan Mitchell (“I carry my landscapes around with me”), to Jackson Pollock, who thundered, “I am Nature!”

With such awesome forbears, no wonder that abstraction has become second nature to Edwin Wilwayco.

Soon after “Second Nature,” Wilwayco, who is now based in Rhode Island, US, will open another suite of abstract works, “River Circles,” at Crucible Gallery on Aug. 23.