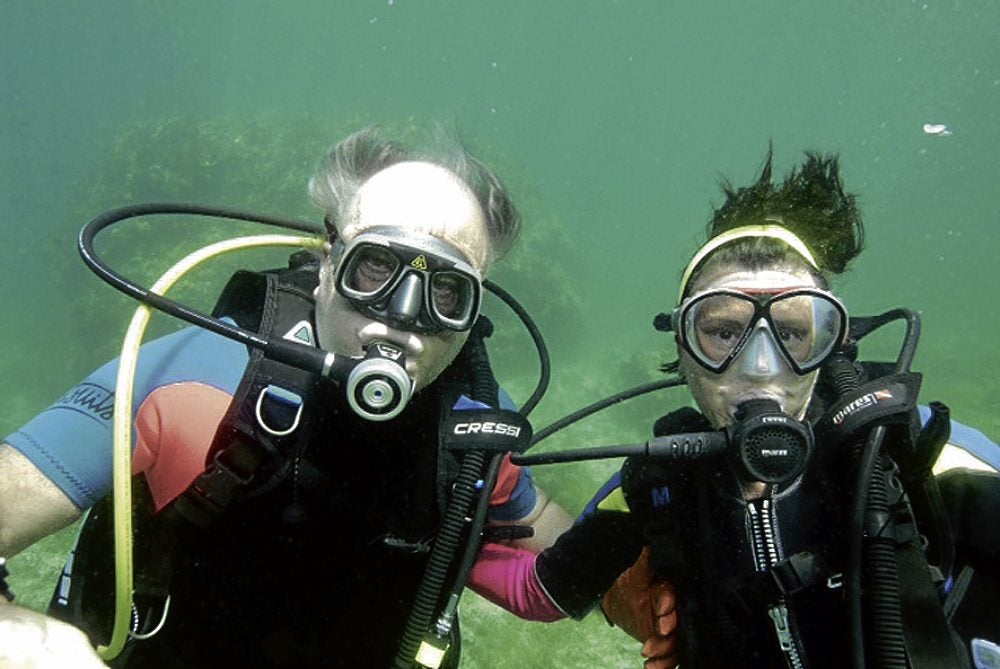 Poised for retirement, Italian Ambassador Luca Fornari looks at the transition philosophically and with optimism.

“I don’t like the word ‘retirement.’ I just finished 42 years of a specific work in diplomacy. I will use my skills and experiences to do other things,” he declares.

Pushing 67, he will continue pursuing his passions—among them, diving. A two-star dive master, he will take up a course in rebreather for diving with one of the best Italian divers.

An innovation in sports diving, rebreathing enables one to breathe his or her own air through a closed circuit system. The system enables one to dive deeper and longer with less gas.

Fornari has a record of some 4,000 dives in the past four decades. His maximum depth was 78 meters when he was 26 years old. In the rebreather world, he hopes to go for 120 meters. “Age doesn’t matter,” he maintains.

During his short term in the Philippines, he and his wife Silvana explored dive sites in Puerto Galera, Malapascua, Coron, Argao and Bohol.

“So far, my favorite is Bohol because there are walls. There is a drop of about 50 to 80 meters. Along the wall there are vegetation and micro marine life. The current is good. You can take wonderful pictures of the pelagic fishes. It is one of the best places for diving.”

They plan to return to the Philippines in May to explore Tubbataha Reef in Sulu Sea. Asked why it’s one of the best places in the world to dive, Fornari explains, “In Tubbataha, the visibility is like the Red Sea’s—50 to 70 meters. You can see all the marine life from afar.”

Fornari was five years old when he first put on a diving mask and was fascinated by the beauty of marine life in Africa. His father, Giovanni, also a career diplomat, was the first Italian governor of Somalia when it was under the Italian administration. In 1955, during the posting of his father as ambassador to Egypt, the younger Fornari, then 12, went snorkeling in the Red Sea and was enamored by the biodiversity.

He got his first tank at 18 years old and undertook his first diving trip in San Frutuoso in Genoa, to view the underwater site of the bronze Christ of the Sea, the original “Il Christo Degli Abissi.”

While starting his career in the Italian ministry of foreign affairs, Fornari also did military service as a Carabinieri, the Italian military police. The work was like the US Navy SEALs. His military certificate afforded him the equivalent of a two-star dive master.

In all his posts, Fornari always brought his scuba equipment and camera. In his first post in Switzerland, Fornari dove in the freezing waters of Lake Leman. As a consul general in Lumbumbashi, the Republic of Congo, he would dive in the mine caves. In New York, he had a field day exploring the wrecks, ranging from submarines to warships. He even collected some artifacts from the Andrea Doria, an Italian luxury liner which sank in 1955 after a collision.

He admits that in his youth, he got overconfident. Fornari recalls that while doing wreck diving in New York, he got lost in a warship. As he left the engine room, he couldn’t find the door from where he entered. Fornari panicked and got angry with himself for his recklessness. He then saw a door which led to a succession of rooms until he finally saw some light.

“I was 35 then. When you are young, you are always pushing the limits. This taught me a lesson,” says Fornari.

“When I teach, I warn students never to dive alone.”

He has taught many students, including his wife and his son Lorenzo, who took his first pool lesson when he was a year old.

To Fornari, diving offers pleasures that can’t be found on land and air.

Exercise for the mind

“It’s a fantastic exercise for your mind. You must be determined and you must not be afraid of going into the water. You are entering a different element,” he says. First-timers have to learn how to breathe through the mouth, while biting on the regulator mouthpiece and getting used to the bubbles upon exhaling.

He adds that diving is not for the claustrophobic. “You have to know how to live with the water and stay with it.”

Fornari—call him Luca or Ambaluca—is looking to another 20 years of activity as there are other creative opportunities available for him.

“Retirement is fantastic. You can make plans and there are no limits.”