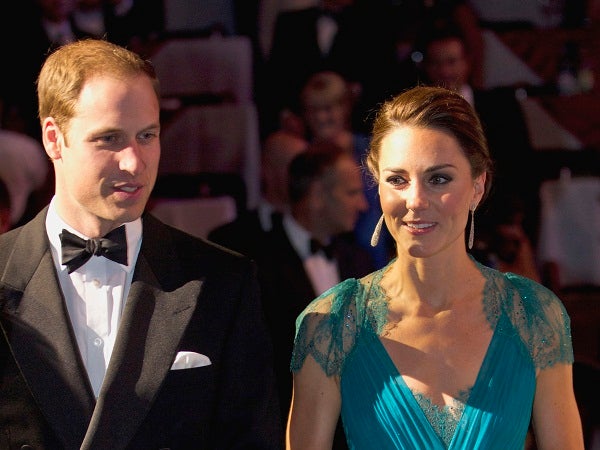 Congratulations pour in for William and Kate’s pregnancy

LONDON—Messages of congratulations poured in from around the world on Tuesday on news that Prince William’s wife Kate is pregnant, as she spent a second day in hospital suffering from acute morning sickness.

The announcement on Monday that the Duke and Duchess of Cambridge, both 30, are expecting their first child ended feverish speculation about a new royal heir that began immediately after their lavish wedding in April 2011.

The child, to be born next summer, will be third in line to the throne regardless of whether it is a girl or a boy, after a historic agreement among Commonwealth countries last year to end the practice of male primogeniture.

St James’ Palace said Kate was still at the “very early stages” of pregnancy — she is believed to be less than 12 weeks — but it is thought the news was released because her admission to hospital would have made her condition public.

Kate has hyperemesis gravidarum, a very acute form of morning sickness which affects 3.5 in every 1,000 pregnant women.

Although it is not dangerous for the baby, it can be highly unpleasant for the mother as it causes severe vomiting and carries a danger of dehydration and nutritional deficiencies.

William, the second in line to the throne after his father Prince Charles, was at his wife’s bedside at the private King Edward VII hospital in central London on Monday before leaving at 8.20pm.

He left without a comment or even a smile for the banks of waiting cameras, although his wife is expected to remain in hospital for several days.

There was reportedly a rush to inform members of the royal family of the news before the public announcement, which came just after 4pm (1600 GMT) on Monday.

Queen Elizabeth II, her husband Prince Philip, Prince Charles — for whom this is his first grandchild — and his wife Camilla were said by the palace to be “delighted with the news”, as were Kate’s parents, Carole and Michael Middleton.

William’s brother Prince Harry, 28, who will be bumped down a place in the line of succession by the new arrival, was reportedly informed by email in Afghanistan, where he is deployed as an Apache helicopter pilot.

The palace said the couple only “recently” became aware that Kate was pregnant although there has been speculation for months, fuelled by images of the duchess sipping water instead of wine at official dinners.

She showed no sign of being ill at a public engagement on Friday, however, when she showed off her hockey skills at her old primary school in high-heeled boots and an Alexander McQueen tartan coat.

All her public engagements for the coming weeks have been cancelled.

News of the pregnancy sparked huge excitement in the British press, although it was tempered with concern about Kate’s condition, as well as messages of goodwill from around the world.

Prime Minister David Cameron, a father of four who was informed a short time before the public announcement, led the congratulations by saying the royal couple would make “wonderful parents”.

US President Barack Obama and his wife Michelle, who met William and Kate during a state visit to Britain last year, sent their congratulations on the “welcome news”, the White House said.

Australian Prime Minister Julia Gillard said the news “is going to bring joy to many around the world”, while her New Zealand counterpart John Key said the news was “fabulous”.

New Zealand had led a push for Commonwealth nations to scrap centuries-old laws barring first-born daughters from inheriting the throne and the grouping agreed to the reform last year at a meeting in the Australian city of Perth.

British Deputy Prime Minister Nick Clegg confirmed on Monday that the government was putting “the finishing touches” to legislation enshrining the new rules of succession, something he said was a “big, big change”.

The Sun celebrated the news on Tuesday with the headline “Kate Expectations” while The Daily Telegraph said the news was cause for national celebration.

“Who would not be delighted at the prospect of a mother’s first child, especially a mother who has won affection with her natural beauty and straightforward character?” said its editorial.

Kate, a “commoner” whose parents are self-made millionaires from a party supplies business, met William at St Andrews University in Scotland in 2001.