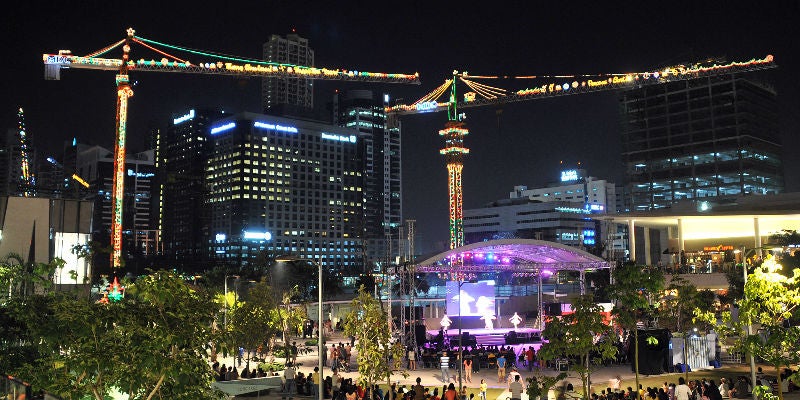 Fun and Color in BGC Christmas Step into the world of computer-generated video play through BGC’s Christmas Augmented-Reality treat. Watch yourself in real-time interact with Santa Claus and the gang on 9ft x 15ft LED screen. Dance with Santa, hula hoop with Mrs. Claus, play with the elves, and a lot more fun activities on screen. Kids will surely feel a merrier Christmas.

Walk or drive around BGC in the evening this December and you’ll be delighted with the district’s skyline adorned with multi-colored lights. It’s the BGC’s Symphony of Lights, a contest among locators who are presently constructing their establishments in BGC. They have decorated their tower cranes and overhead street protection with Christmas theme, like leaping reindeers, blue angels, star lanterns, buntings, and Christmas greetings. 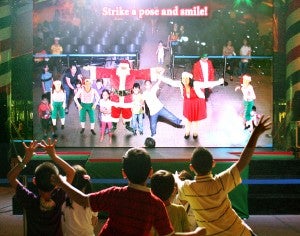 What is Christmas without laughter? Every Saturday this December until the 22nd, SPIT, or Silly People’s Improv Theater, entertains BGC residents and visitors with impressive, spontaneous comedy shows. Their unscripted, tasteful, and hilarious antics and punchlines will leave you jolly all night. SPIT free performances are in BHS where the Augmented Reality treat is being held.

Shopping and reunions are part of this Season’s celebration. Visit the different commercial areas in BGC for best options in gifts, food, and party venue. The one-kilometer stretch of Bonifacio High Street has a lot to offer.

Completing the Christmas season in BGC is the anticipated “Simbang Gabi.” This will be celebrated in BHS every 7PM beginning Dec. 15, 2012.