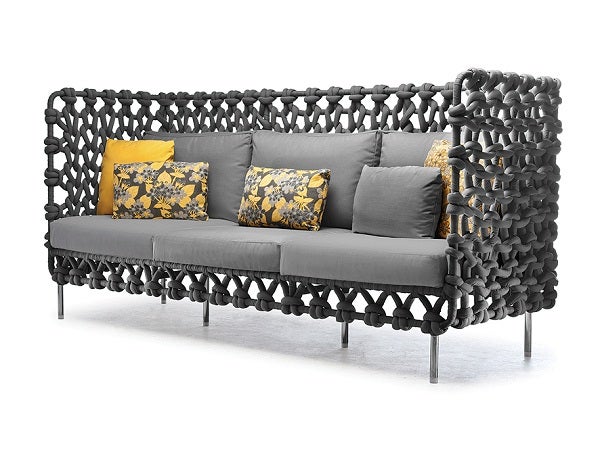 The latest accolade to come the way of internationally acclaimed Filipino designer Kenneth Cobonpue is from the well-known Interior Design Magazine.

The Cebu-based designer’s Cabaret Collection has been given the magazine’s prestigious Best of the Year Award in Outdoor Furniture Seating, in a field of finalists that included American furniture designer Herman Miller and handcrafted furniture house Dedon.

This is the collection’s second award, after it bagged the Top Pick Award for Innovation at the prestigious Architectural Digest Home Design Show of the American Society of Interior Designers (ASID) in New York last May.

Over 800 prominent designers and architects gathered for Interior Design Magazine’s 2012 Best of Year Awards. Awards were given in 52 categories, and Cobonpue’s design, festooned with knots, bested an unprecedented number of entries. “It is an honor we are very proud to receive,” the designer said in a statement.