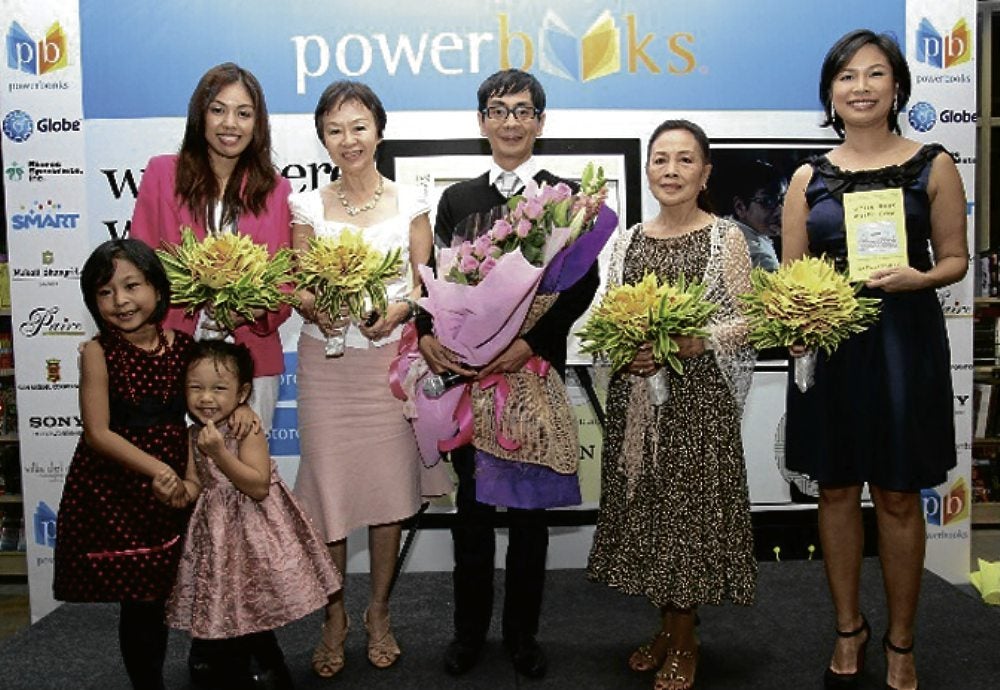 New title is handy book on writing in English for Filipinos 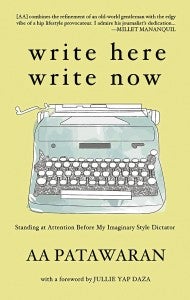 Journalist, magazine editor, style arbiter and, now, book author AA Patawaran describes himself as an “agony writer” who agonizes over a sentence before being able to move on to the next.

To many of his colleagues, however, Patawaran is simply a consummate writer whose sentences flow seamlessly and teem with just the right words, making his individual pieces such a joy to read.

This effortless ability, both an innate gift and the product of long hours of reading, introspection and perhaps spending one too many Saturday nights alone with nothing but books, including the then latest edition of Encyclopaedia Britannica, to keep him company in his youth, is evident for all to see in “Write Here Write Now,” Patawaran’s debut as a book author.

Patawaran discloses as much: “I [also] learned many tricks while writing this book, one of which is to write every day, even for just 15 minutes. I never wrote any of these chapters on a proper desk.”

During the book’s recent launch at Powerbooks in Greenbelt 4 hosted by models-turned-writers Apples Aberin and Tweetie de Leon-Gonzalez, Patawaran says that his life “didn’t stop” while working on the book. He makes it sound so easy.

Instead, taking advantage of technology, he wrote down his thoughts on his iPad while overseeing, say, a photo shoot or waiting for his turn at the dentist. Polishing each essay came much later. His training as a hardboiled newsman, no doubt, helped him meet both actual and self-imposed deadlines.

“As a journalist, I don’t really depend on inspiration—I write when I have to, especially when I was with a daily—so it might have been easier for me.”

Published by National Book Store (P399 a copy at all National Book Store and Powerbooks branches), the slim volume comes with a foreword by veteran journalist Jullie Yap Daza, an author of several best-selling books herself and Patawaran’s good friend and mentor, especially during a transition period in his career from copywriter to journalist in the early ’90s.

Although positioned by its publisher Xandra Ramos-Padilla, also the purchasing director of National Book Store, as a book on writing, “Write Here Write Now” is no out-and-out manual in the mold of William Strunk Jr. and E.B. White’s “The Elements of Style,” a must-read for everyone who, at some point in his life, has to put down his thoughts on paper.

Instead, the book is more of a personal and inspirational tome that captures Patawaran’s intense, unflagging and at times unbelievable love affair with a Holy Trinity of sorts: the written word in general; the English language in particular; and certain books written by some of the most accomplished writers in English.

Indeed, had Patawaran chosen the society pages as a venue for his essays, he would have instantly put Maurice Arcache and his ilk out of business at the rate he managed to namedrop foreign authors and their written works in English, and seamlessly wove them in his sentences to get his points across.

Aspiring writers, both the genuine and the self-styled pretender armed with nothing but a blog and/or self-indulgent column, are forewarned ever so subtly within the first three to five pages of the book.

In case you still missed Patawaran’s point, if stuff on your reading list seldom exceed 140 characters, then you have no business at all calling yourself a writer.

As Patawaran loves to hammer out in various countless and inventive ways throughout the book, the foundations of being a good writer, or even just a readable one, starts with love for reading and a natural affinity for the written word.

“Like every magazine or newspaper page, a blog has so much power and potential,” he says. “The only thing terrible about it is anybody can do it, even those underserving. Just because you can doesn’t mean you should.”

Patawaran also points out an important aspect of writing that not a few bloggers and even certain writers who hate seeing their masterpieces “touched” don’t seem to understand or have access to.

“Everybody needs an editor, especially for something that comes out on a regular basis—daily, weekly, monthly, even once in a while. Blogs are like fast food. They skip many steps and lack many ingredients or are simply all fluff.”

Worse, the pieces certain writers sometimes dish out, he says, are “poison or regurgitated material.” Patawaran is by no means looking down on bloggers or discouraging them from expressing themselves even outside certain established boundaries. After all, they’re one of the people Patawaran had in mind when he first sat down to write his book.

But bloggers have to be “extra careful” and should have a “healthy respect for the power of information and the beauty of words and what they convey.”

As an editor himself, it’s safe to say that Patawaran must have gone through all sorts of copies—from the humdrum to the inspired, the serviceable to the informative, the pretentious to the downright atrocious.

His readers, both professionals and tyros, would have benefited and been entertained a great deal had he cited some of the most common and “classic” mistakes writers commit and how to avoid them. It would have been a welcome treat, but he need not even name the authors behind such “massacres” of the English language.

And as a newsman, we’re pretty sure Patawaran also knows about the importance of proximity or the newsworthiness of events or situations and their greater power to affect and gain the attention of people close to where these developments happened. This attribute seems to be missing in his book.

Perhaps in a desire to appeal to a wider, more universal audience, he seemed to have forgotten that his core readers are still composed of Filipino speakers writing in English.

As a Filipino with an impressive command of written English, Patawaran more than any British or American writer is in a unique position to address this situation, an all too real disconnection between the way we speak and think as a people writing in a foreign tongue.

A chapter or two on this important subject, again based on his personal experience and the countless copies he goes through every day, would have benefited a home audience composed mainly of Filipinos.

Again, if the only real and lasting solution to such a unique situation, as Patawaran so tirelessly and methodically puts it in his book, is to read, read, read (preferably books in his long and impressive reading list), then we certainly have a lot of catching up to do.

We can probably start by downloading the online edition of Encyclopaedia Britannica (after 244 years, the venerable institution behind it killed its print edition fairly recently, Patawaran reminds) right here, right now.