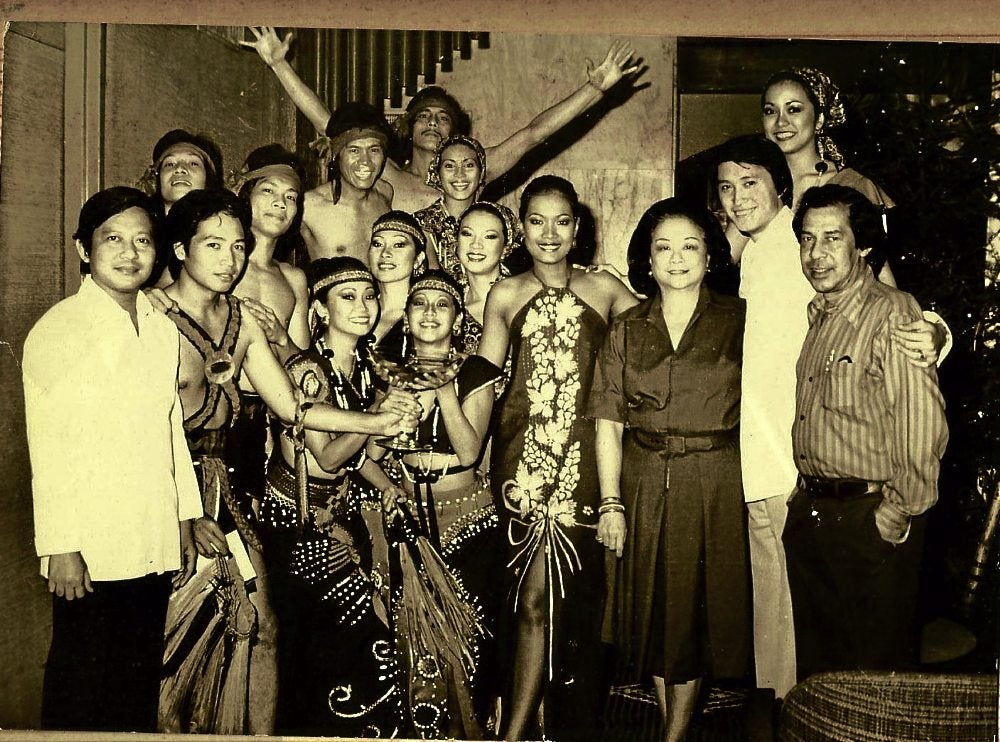 It was in the early 1970s, while enjoying a luncheon show at the Top of the Hilton (now Manila Pavilion Hotel), when I first met Conchita Sunico.

While I was at the buffet table, Eula Viana, a friend of Sunico, approached me and asked if I was from Manila. I answered yes. She asked if I could go with her to Sunico, who was seated with friends having lunch.

She seemed to size me up; then she told me I looked very Filipina and asked for my name. Then she said, “Join Karilagan!”

Conchita Sunico, whose birth anniversary was observed last Dec. 8, was the socialite and civic leader whose name I would just read about in newspapers and lifestyle magazines. She was dubbed the Perle Mesta of the Orient. Mesta was known to be the greatest party-giver in New York. From her contemporaries’ account, being invited to her parties was like being invited to Mesta’s, a status symbol and a sign one had arrived.

I was young and impressionable then, and it was curiosity, more than anything else, that pushed me to take in what I saw was the glamorous lifestyle of the rich and famous with Tita Conching Sunico at the helm.

My personal journey with her, however, proved to be more than what I bargained for. It was an enriching and immeasurable investment in my personal and professional growth. Working with her seemed like a daily lesson on life’s values.

As Karilagan member I had the opportunity to model for choice fashion designers here and abroad, grace magazine covers and perform for Tita Conching’s sought-after productions.

Lunchtime fashion shows were big events that flourished for some years in Manila. We belonged to her privileged core of models and performers. There were the nightly cultural shows at the top of the Hilton, where fashion and dance regaled patrons of the hotel.

We were also part of her musical productions staged mostly at the Cultural Center of the Philippines. Once or twice a year, our Hilton shows were presented at the Eagles Nest of the Hong Kong Hilton for a month and other hotels of the Hilton chain in Europe.

Balancing work at a nearby bank, studying at the university, and being part of Tita Conching’s coterie of models and artists, was a series of breathless encounters in diverse settings. It was nerve-racking but exciting.

Once, while preparing for a European trip, Tita Conching was told I had decided to stay behind as I had incurred several absences at work due to constant travels with Karilagan. She asked me to resign from work.

Tita Conching believed one must enjoy life’s offerings while young. “Take advantage of this opportunity; it will be there for you while you are young,” she told me.

She took me in after that, as her business manager for the MSO Foundation, which had an office right on the ground floor of Manila Hilton.

The MSO was the oldest symphony orchestra in Asia, and she was committed to its growth and sustainability. She tapped friends, relatives and prominent businessmen who willingly accepted Tita Conching’s offers for directorships, sponsorships and chairmanships.

She always asked me to join her during these meetings, social and business lunches, parties and visits. What was most apparent during these interactions was the respect and affection the board directors had for Tita Conching.

It was during these discourses that I learned negotiating; being gracious under pressure; taking a position and not being wishy-washy. I learned the art of small talk.

Although her parties were famous, Tita Conching had a reputation for being a snob. But I was pleasantly surprised that she had a soft and generous heart.

Her parties were simple yet tasteful. Nothing fancy, or pretentious. She took a personal hand in the selection of the menu, making sure it was the perfect combination and suited the taste of her guest of honor.

She was partial to purple for her parties’ color scheme. She would often remind me of inviting the right mix of people, who should be seated together, or whom to invite to special events.

A detail which I would always remember was the importance of who should be seated in front of her and who should sit together.

When she was appointed executive director of the newly renovated Manila Metropolitan Theater by First Lady Imelda Marcos, she brought me along to serve as her administrative director, a front for the house manager, production committee member, and business development manager of the MSO.

It was at the Met that I discovered Tita Conching’s immense love for theater. Her trust and confidence in our capabilities encouraged us to learn and deliver results faster.

She was feared yet admired and loved. She was fiercely loyal to the people she chose to work with. One had no other recourse but to improve and step up to meet high expectations.

I sat through production meetings, budget reviews, technical runs, auditions and previews beside her. She asked for opinions. She would listen to what I had to say whether serious or silly.

The wonderful thing about her was that she anticipated audience reaction, which I think made her a great marketer. Even before all the New Age marketing gurus, I had the honor of learning from Conching Sunico’s native skills.

Maturity, confidence, belief in one’s ability, humility and the determination to give only the best are values we learned from her. Tita Conching set an example and all of us chose to follow her.

She was thoughtful and generous. She built a ground-floor office for me next to the canteen when I was pregnant with my first child, Marco. Her reason: It would be hard for me to climb to the second floor all the time and besides I would always be hungry.

After 10 years at the Met, my husband Noel asked me to work closer to home. When we moved to our new house, Tita Conching was then very ill. I spoke to her over the phone. Her voice was hoarse.

The first thing she asked was what was the color scheme of our new home. She wanted to send me a present. I told her the house wasn’t yet complete.

That afternoon, I received a box containing purple glass figurines, which she indicated could be used as accents for the new living room.

Some months after that, Tita Conching needed blood donors. Since we had the same blood type, A, they called me for a test at Manila Doctors Hospital. The next morning, I was called to submit myself for the bloodletting.

As I hurried to the operating room, Nenita Manzano, a colleague at Metropolitan Theater, informed me it was too late. “Tita Conching is gone,” she told me.

Smiling, she added: “Your Tita Conching spared you from the ordeal. She knew you’re duwag (scared of blood).”

Even in her death, she was thoughtful and gracious as ever. She was the epitome of thoughtfulness, generosity, loyalty and fun—that’s Tita Conching Sunico, my mentor, godmother and friend.