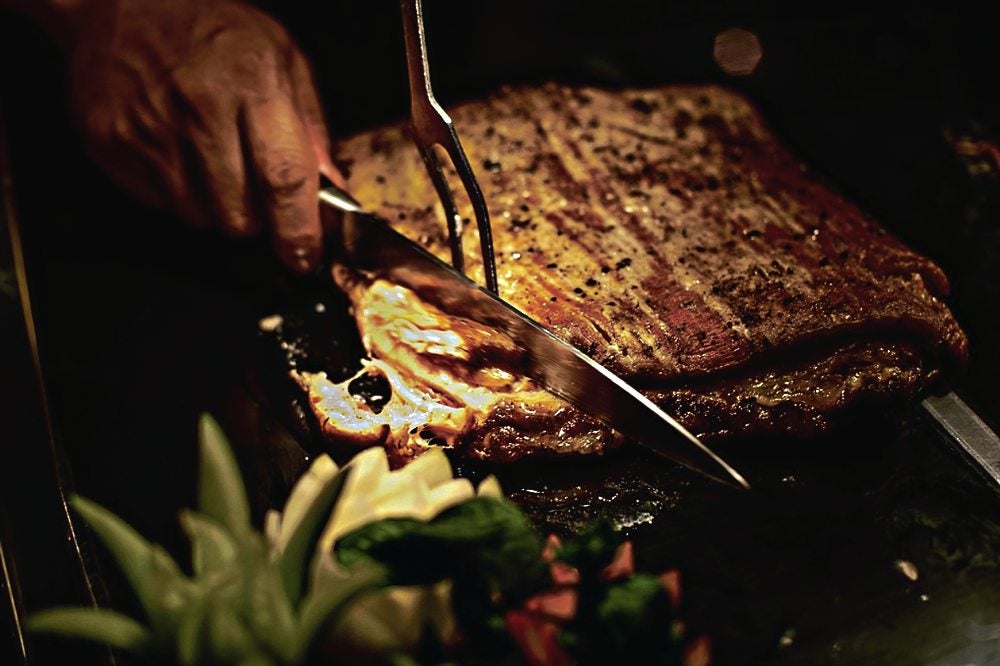 Christmas is a time of hurlyburly shopping and razzle dazzle decor. It’s the shopping that stresses; early on, the exercise for me extended to Christmas Eve.

Later, much wiser, I did my shopping year-round, each receiver identified only just before the great day.

This year, however, many gifts have been treasures discovered from the multitude of titles in bargain bookstores. Some are so new that one wonders why they’ve ended up in second-hand places.

But I have an alternative gift that I was fortunate enough to have been a part of. This is a calendar celebrating food heroes, a project of Oxfam and Stephanie Zubiri.

Oxfam is a group of organizations that works to alleviate poverty and injustice. It was originally founded to offer solutions to famine in the 1940s.

The heroes are women who grow and gather our food; still, for each of them, it remains a struggle to earn and keep one’s family together. Some of these heroes were there when the calendar was launched, and their stories kept us in stitches because even if they were talking about how difficult life has been for them, they always saw something humorous in their situation.

My participation and that of chefs Jay Gamboa, Myrna Segismundo, Fern Aracama, Claude Tayag, Him Uy de Baron, Roland and Jackie Laudico, Zubiri in the project was to give a recipe each for some of the products that these women gather.

I chose what needed no cooking and left the stovetop recipes to the chefs invited. It was seaweed, my favorite salad ingredient. I shared what I usually have at home—lato or ar-arosep, grape-like and tasting of the sea, strewn with aromatic toasted coconut on top.

Nanay Alda from Hinatuan, Surigao de Sur, is the celebrated seaweed farmer who plants and harvests with her husband and two sons, then also prepares dinner and looks after the household.

Buying the Food Heroes Calendar will help the many rural women, our culinary heroes, who farm and fish and who make sure we have good food on our tables. (Call Oxfam at 9294470 for orders.)

A gift can be an invitation to dine with you in places you would recommend.  One of mine is Kotono, a Japanese restaurant at Makati Cinema Square.

The chef is Ozamu Onodera, who trained and worked as sushi chef in Tokyo. When asked why he chose to locate himself in a place with a lot of competition from Japanese restaurants in the nearby Little Tokyo and the peripheral areas around, chef Onodera said that he is confident that his clientele, mostly Japanese, will keep coming.

One evidence of that is his special menu written in Japanese. Before Kotono, Onodera had a restaurant, a sushikatsu in Quezon City, for many years,

Sushi is the undeclared specialty and his experience has made him choose imported squid, for instance, over the local supply, because the imported squid is oilier, an important factor when doing sashimi or teppanyaki. But because Japanese restaurants in the country don’t specialize in certain cooking (i.e. tempura, sukiyaki) the chef has had to offer more than just sushi.

Try his yosenabe, a hot pot of seafood. It should be a filling and bracing hot meal, if only we can just get rid of this humid weather that is so un-December.

My other recommendation will surely please balikbayan friends. This is Casa Filipino on Scout Torillos in Quezon City, thankfully so near where I live that I don’t have to brave the traffic that always happens during the holiday season.

As the name suggests, Filipino food is aplenty, like pancit and lumpia.

But the buffet offers more than just one special food, the kind one has during fiestas. There is always Cebu lechon, I was told. And some days roast beef and chili crab are available.

The homey feel is due to the fact that the place was a home before it was turned into a restaurant. And it has moved on from the time a “celebrity chef” was a consultant when the place opened.

The current chef has done a good job; he knows his stuff even without the “celebrity” tag attached to his name.

Casa Filipino is one of the many restaurants that have sprouted around the country serving our cuisine. Some have stayed with the traditional, while others give dishes a trendier twist. What has thankfully been avoided by many of them is fusion. That should be a good reason to celebrate.