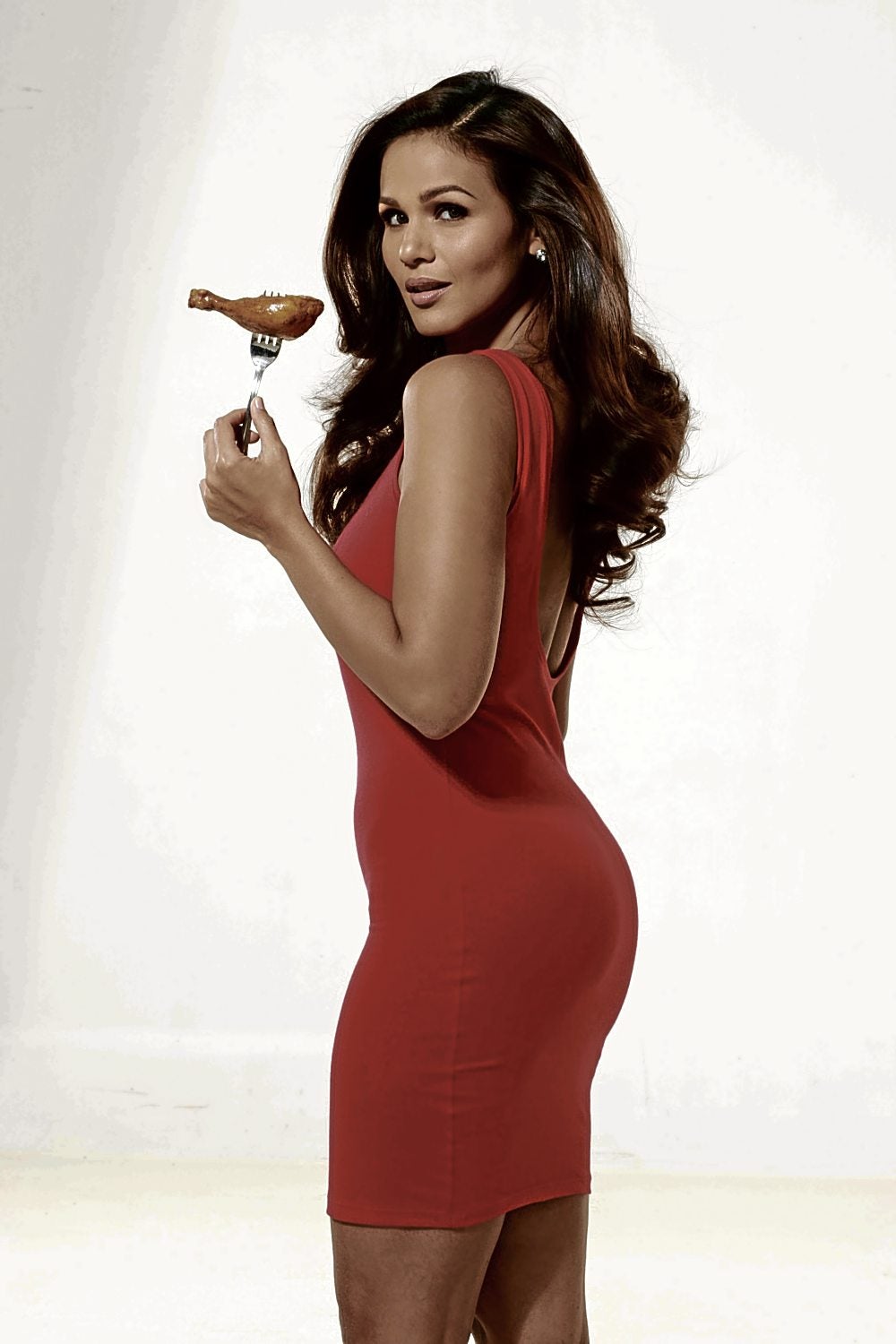 During her teenage years, Iza Calzado was teased a lot by the boys in her community because of her extra pounds.

But unlike other girls who struggle to fit in, the then 220-lb Calzado wasn’t the kind of plump girl that was bullied or worse, hated upon.

“It’s normal that I was teased but nobody really fought me or hated me,” Calzado said. “I think it’s because of my personality; I’m the type of person who never fails to wear a smile.”

At school, she said several girls weren’t as big as she but they received more flak because of their attitude.

As proof that she was well-loved in high school, she was voted the “teddy bear of the batch.”

Then came the day she realized that she had to lose weight. But instead of doing it the right and healthy way, she took a shortcut by starving herself. She did lose weight but she would regain a few pounds after several weeks and months.

Back when she was 25, it dawned on her that she wasn’t losing weight as fast as she did before.

“I realized I can’t keep doing shortcuts,” Calzado said. “Then I met people who inspired and led me to the right direction—of eating healthy and exercising.”

As the newest endorser of Kenny Roger’s Roasters, Calzado, now at 130 lb, said her drive in losing weight the right way is her “wanting to see a better me.”

“Wala ’yang kapaguran,” Lee said. “She’ll do yoga in the morning, run in the afternoon and do core workout at night.”

Lee added that Calzado is even conscious of her friends’ health and fitness. “She would invite us to her fitness activities, but since we can’t do everything that she does, we just pick one.”

Joining fellow endorsers James and Phil Younghusband, Calzado said her fitness level is nowhere near the athletic level of the brothers.

But like the Younghusbands, after a rigorous workout, she replenishes her body not with junk food but with healthy food.

At the end of the day, Calzado said that being fit is not just about looking good but also being healthy. “Being fit is a matter of dedication. For you to achieve your goal of becoming fit, you must always remember that you’re doing it for yourself.”