Natividad Almeda Lopez–suffragist, lawyer, a woman ahead of her time | Lifestyle.INQ ❮ ❯ 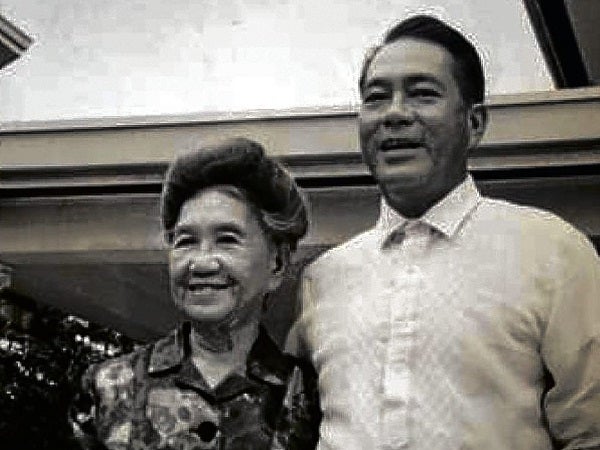 Natividad Almeda Lopez–suffragist, lawyer, a woman ahead of her time 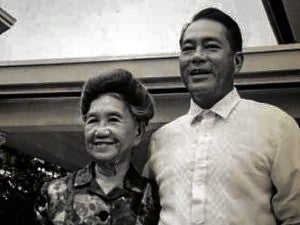 Another glass ceiling shattered when President Benigno Aquino III appointed Lourdes Sereno Chief Justice. Women in the legislature, in the Executive House are no longer rarities these days.

But in the early 20th century, Filipinos found Natividad Almeda Lopez, whose 120th birthday was on Sept. 8, a rare being: the first woman lawyer to practice law and defend people in public. There may have been other women who passed the bar ahead of her, but their spouses didn’t allow them to practice.

Her marital life scandalized high society. She married at 30 (late for her time) widower Domingo Lopez, who was older than she, a lawyer and Tayabas province governor, and chose to continue her professional practice in Manila. She did not join him and play a politician’s dutiful wife. Instead, he took the train or car to visit her on weekends.

Her son Augusto, a retired lawyer and broadcast media executive, remembered growing up beside “a very public person who was visited in the house by all sectors of the community in need of legal advice. She hosted many meetings to promote women’s suffrage, which I didn’t understand.” 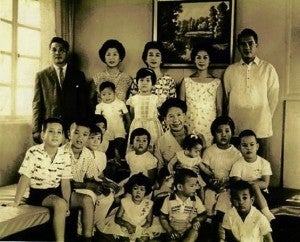 She brought him along on her Southern Luzon campaigns for the suffragist movement, of which she was a pioneer. He must’ve been 7 or 8 then when he witnessed provincial plazas fill up with crowds to listen (there were no microphones) to her and her companions explain the women’s vote.

Helena Benitez, the youngest in that group of suffragists, was, he said, “a commanding presence and helped attract crowds.”

Lopez stood out in marches. An American reporter, writing on the women’s movement in the early ’20s, described her: “Miss Almeda was usually the tallest in a group, always at least a head higher than most of the women with her.”

There were a few mothers who worked outside the home in the ’30s. Her son has memories of his mother playing the piano in her leisure time. His boyhood chum Dodo Gonzalez liked to be in their house on Sundays, the one day in the week when Natividad cooked. 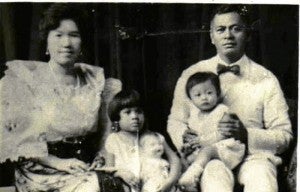 Gonzalez loved her nilagang manok (chicken stew) and always asked for the leg.

The Lopez couple, in their son’s words, remained together, “but not like ordinary couples who were together all of the time, even 24 hours.”

Their three children were raised to consider domestic help as there to help with the laundry or the cooking. The mother forbade them to call on the help to fetch them a glass of water.  Lopez said in Filipino, “ang katulong hindi utusan (The help is not a servant).”

That is how other old-timers remember Natividad: her being pro-poor. When she presided over the night court (to hasten resolutions of cases that occur in the afternoon; no need to wait for the next day for a judge to hear them), the cochero (rig drivers), then the undisciplined kings of the road, rejoiced when their case landed with her. If a cochero was fined, she’d give him the money, if he didn’t have any, to pay the penalty. 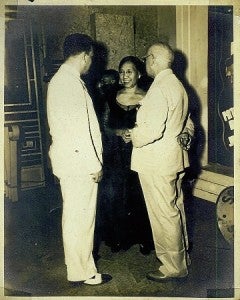 Her son said she was a great believer in that maxim about those having less in life getting more in the law. During the war, she dismissed cases against captive guerillas because she believed they had suffered enough when they were tortured by the Japanese.

A big family with an estate at stake once tried to sway her decision by gifting her with a car, which was promptly returned. The son said, “At that time, you don’t even think about doing that (attempted bribery). It was a diminution of respect for her. That’s why after working so long in government service for nearly 50 years, she ended up poor, or shall I say, not rich.”

She depended on her pension in her last years. The son chose corporate law, saying, “I was earning 20 times more than she, but I didn’t accomplish one-tenth or even one over a hundredth over what she did. She contributed in changing attitudes toward women. She broke the mold of women who were prisoners of the house in her time, who couldn’t go out, except to church or for certain hours.” 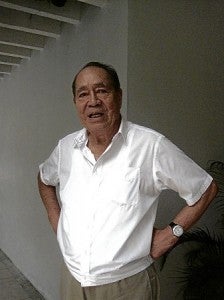 Natividad’s eldest grand-daughter Anna Leah Sarabia, also a women’s rights advocate, didn’t realize her lola’s contribution to feminism until she did research for a documentary, “From Priestess to President.”

Sarabia said, “They all knew her. They told me about her, what she did for women in different arenas of public life. In a way, I was shocked hearing what they had to say about lola.”

She knew her grandmother as “a strong-willed, energetic, piano-playing eccentric lady for more than 20 years. She wore a type of dress that I never saw on other old ladies. I accompanied her to social functions and fund-raising programs from the time I learned to walk because she was always invited to grace an occasion or speak before people. Later when I learned to drive, I would accompany her to concerts at the Cultural Center or Philamlife. I wondered what kept her going.”

What her grandmother drilled on her was that she and her sisters had to finish college, study at the University of the Philippines, have a career, not get married until 30 years or older, become a lawyer or a doctor. Sarabia rebelled at age 15 when she joined activists and got involved with musicians and artists in political groups.

She said, “It never occurred to me that lola had a full life, a youth that involved issues close to mine. But I had no other lola. I saw that she was well known and respected by older people, her relatives and people in Tayabas. At the dinner table, my father always deferred to her. I thought that that was the way husbands should treat mothers-in-law. She was always on the phone, calling people, asking them about business or charity, how this and that person was. She hardly went to Sunday Mass, but she was always talking about helping the poor.”

While the granddaughter tried to make sense of the anti-imperialist ideology she was drawn to, she asked her lola if she was alive in the time of Rizal. The older woman was 4 years old when her father Manuel, a Katipunero who saw to it that his six daughters would all be educated, brought her to Luneta, made her sit on his shoulders so she could see Rizal.

She thought it was a parade, but everyone was quiet, and the day was gloomy. Years later, she realized she had witnessed his execution.

Sarabia’s father told her that despite being well known, Lopez was the opposite of extravagant. He described his mother-in-law to her thus: “Whatever salary she collected she made sure to share with the poor who came to her office. She chose as daily wear clothes of cheap, sturdy local weaves and dismayed some of her rich society colleagues for dressing too simply. A tailored suit or a black terno with no frills was enough. Perhaps she felt that she didn’t need to wrap herself in finery or to show off because she was sufficient unto herself.”

On her 120th year, Lopez’s legacy of duty to country and integrity continues to resonate like the piano pieces she played.