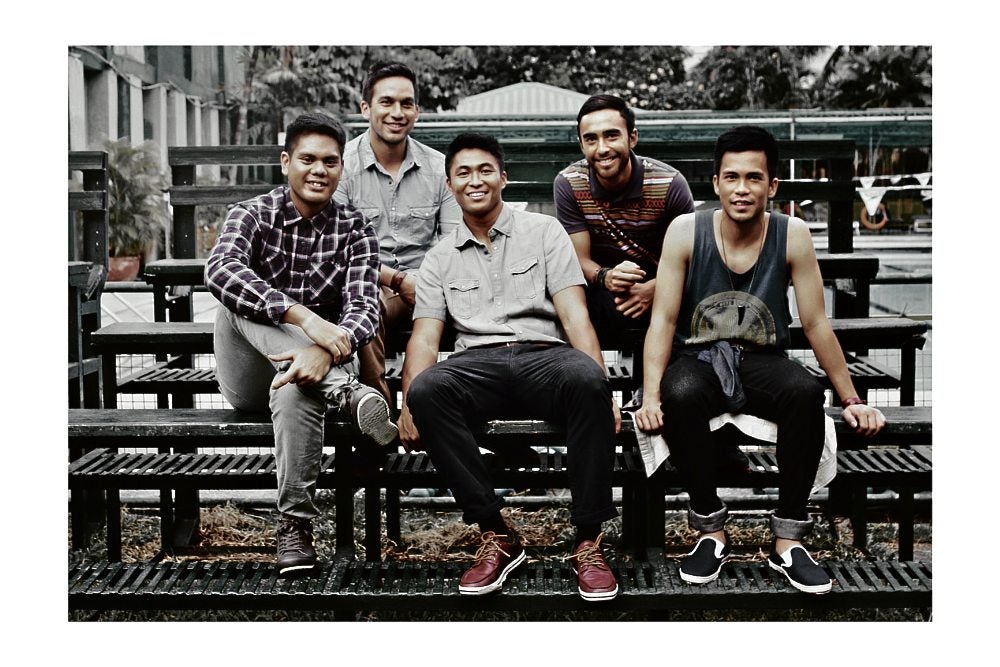 Their message is loud and clear: It can be done.

A mix of World Tour pros and Davis Cup team members, they were among the competitors in the recent edition of the Philippine Columbian Association (PCA) Open tennis championships.

Inquirer Lifestyle caught up with the guys during the tournament, held earlier this month at PCA Sports Club in Paco, Manila, for a fashion shoot that featured the latest men’s casuals from Bench, Australian brand Cotton On, and Folded & Hung.

The tales we heard from them paint a less glamorous picture of what life is like as a tennis pro, quite unlike what we see in the game’s superstars. Just like when they slug it out in a match, there are many obstacles—bills to pay, life-changing choices to make, mental and physical stress to conquer, and naysayers to face—along the way.

“They said it was impossible, but I made it possible,” said Alcantara, who picked up the game at age five in his hometown of Nazareth, Cagayan de Oro. His family lived just across the neighborhood tennis courts, so the sport became accessible to the Alcantara siblings.

At 20, Alcantara seems to have been competing far longer than his years.

In 2009, he became the first Filipino to bring home a juniors cup from a grand slam, winning the Boys Doubles division of the Australian Open alongside Chinese Taipei’s Cheng-Peng Hsieh. Losing in the singles first round, the pair had joked about what motivated them to do well in doubles.

“My partner said, ‘C’mon, I don’t want to pay the hotel, so we have to stay in the tournament to get free lodging,’” said Alcantara.

Although currently unranked in the local and international tennis circuits, the 5-ft-8 Cagayanon is No. 22 in Division 1 of the US National Collegiate Athletic Association.

Scouted by varsity coaches at the US Open juniors’ division, Alcantara is now a third-year Economics student on full scholarship at Pepperdine University in Malibu, California.

The private school has about 3,000 students and is ranked No. 3 in US collegiate tennis. It has had a reputation as a breeding ground for Olympians—at least 50 people from campus have joined the Olympics as coach or competitor.

Alcantara said he admires Manny Pacquiao because of the boxer’s work ethic and faith in God. With tough times ahead, especially when he returns to the tour after four-and-a-half years in university, he would have to rely on faith and love of tennis to pull him through.

“Will I feel burnout? Not really,” Alcantara said. “I love the game. And I get bored easily, so tennis will keep me on the move.”

Filipino-American Gonzales, 27, has an enlightened take on one of the challenges of having a tennis career.

“You’re all over the place and you never really feel like you’re settled,” he said. “It makes it tough to be comfortable sometimes, but it is part of the lifestyle. There are many things about it you can appreciate, so you just have to suck it up.”

Gonzales, who first held a racket at age two, could have easily ditched the sporting career, as he was raised in a family of doctors, among them his dad and two older siblings.

Born in Terre Haute, Indiana, to parents who hail from Tuguegarao and Pangasinan, Gonzales was recruited straight out of college by Philippine Tennis Association officials who saw him play on the Asian tour. He has since become part of the country’s Davis Cup team, and has been sponsored by Cebuana Lhuillier and equipped by Babolat.

Ranked a career-high 290 in doubles, Gonzales triumphed in five tournaments  in Germany, Austria and the US this year. He aims to reach the top 100 so he could play in the four majors and represent the country in the 2016 Olympics, with another Fil-Am, Huey, as doubles partner.

Traveling more than 30 weeks a year, Gonzales spends some of his downtime with relatives in the Philippines. He likes music and has been a fan of TV series, such as “How I Met Your Mother,” “Friday Night Lights,” “Game of Thrones,” “Entourage” and “Walking Dead.” Perhaps his biggest indulgence is clubbing, which he tries to do at least once a week.

“It’s a good balance for me because I need to have the outlet [to breathe] sometimes,” said the dusky, well-spoken athlete. “You think the most important thing is achieving your dreams and goals, but what really matters is what you learn along the way, which could help you in sports, or life in general.”

Doubles expert Huey (pronounced hyoo-wee), 27, finds the nonstop travel a burden as well, but does not let it affect his mind-set.

“Even now tennis is still fun for me,” said the Cebuana Lhuillier-sponsored athlete ranked No. 35 in world doubles. “In the bigger tournaments, I stop when seeing the top guys and go ‘Oh, there’s Roger (Federer).’ I’m still a fan.”

Huey cited American legends Andre Agassi and Pete Sampras among his tennis favorites, and calls our very own Cecil Mamiit among the Philippines’ greatest representatives to the Davis Cup. It was Mamiit and Randy Villanueva, vice president of the Philippine Tennis Association, who invited him to join the Davis Cup team five years ago.

“I was definitely interested in playing in the Davis Cup,” said Huey, who grew up in Washington, DC, where he started playing tennis at age six. “It gave the opportunity to come back more to the Philippines because I’ve always been a dual citizen.”

With a degree in Government Studies, he could have chosen a life in politics but instead fulfilled his childhood dream of becoming as good an athlete as his father, who had played college football.

With Britain’s Dominic Inglot, Huey recently won his first ATP tournament, the Citi Open held in the US. The pair will finish the year ranked No. 16 in doubles. Next year, they hope to break into the Top 10.

In fact, in the last two years, Huey has been on monthlong training with the recently retired Andy Roddick.

“Just seeing how hard Roddick and guys like him have worked—day in and day out—it’s amazing,” said the 5-ft-11 Fil-Am who is mentored by a friend of the US Open champion’s coach.

“Those [top-ranked] guys are so talented and yet they still work hard, so I feel like I have to work harder to get better.”

They say tennis has a way of isolating its players on- and off-court, and Sieber, Ranked No. 510 in singles, knows the struggle all too well. Sans coach, sponsors and endorsements, the Munich-based German-Filipino has pursued a tennis career using his own resources.

“It’s not easy and [I end up] playing not so many tournaments,” he said. “This year… I was injured a lot. I don’t have the money to play all those tournaments, and to go up in the rankings you have to play at least 25-30.”

If the 24-year-old could afford a coach, he would hire Top 200 German singles player Torben Theine, a contemporary of Russian former World No. 1 Yevgeny Kafelnikov and Agassi.

Growing up in an athletic family, Sieber learned tennis from his mom who is from Sugboncogon, Cagayan de Oro. He has racked up a number of Futures and World Tour titles since, one of which involved a victory over Spain’s Pablo Andujar who is ranked in the world’s Top 50.

Among his career goals is to represent the Philippines in the Davis Cup, although applying for a Filipino passport has been a challenge. Preferring the clay surface, he wants to improve in the world rankings as well, to qualify for the French Open next year.

The German word “geduldig,” Sieber said, works as a personal mantra. “Its [rough] translation is ‘to fight and stay focused all the time,’” he said.

Tierro, 25, knows it would be tough to get back on the international tennis circuit but he is determined to give it one more try.

The country’s No. 3 in singles, Tierro hopes to reenter the world rankings, which he left at No. 700, after he graduates from school. He has been waylaid from entering overseas tournaments for four years while taking up a degree in Sports Psychology at De La Salle University.

But under the tutelage of Philippine team and DLSU coach Roland Kraut, he continued to hone his athletic abilities, representing the university in local matches.

“Hard work beats talent,” said Tierro, one of the local players sponsored by Yonex. “You may have the talent but if you slack off, it wouldn’t matter. That motto works for everything, not just in tennis.”

Formerly based in Subic, he  played tennis and basketball as a child, but the team sport lost its appeal as he grew up. The soft-spoken athlete entered competitive tennis in his early teens upon the encouragement of his dad.

His sports idols? “Roger Federer, because he’s so talented…and humble despite all the achievements,” said Tierro. “He remains the same, unlike others who have reached the top and became arrogant. I like Michael Jordan, too, because he gives his best in every single game. I like his attitude.”

Tierro could emulate not just the perseverance of his favorite sportsmen but their philanthropic deeds as well.

“It would be great if, in the future, I can bring in sponsorships here and build tennis courts for locals, because we lack the facilities like indoor courts. I’d also like to gather talents [in tennis] from all around the Philippines.”