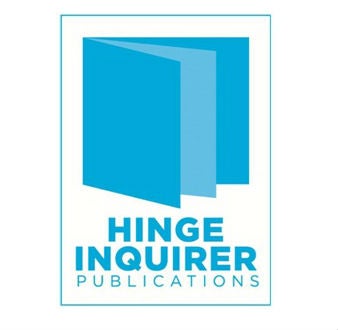 The award was given to the publication that best captured its readers’ attention and time, especially with all the “multimedia distraction” that publications have to compete with.

The award recognized the efforts of HIP’s Custom Publishing Group in successfully improving and developing SM Shopmag+, the official magazine of SM Supermalls in the Philippines.

With the invaluable partnership with SM Supermalls, SM Shopmag+ has become the magazine for participating stores to showcase their latest offerings and be widely known to a greater market that is always on the lookout for the freshest and best deals.

SM Shopmag+’s approach makes it a one-stop shop  for its readers, and it has been able to meet the ever-changing needs of its wide demographic by serving as a tool for families to know the latest offerings, services and activities found in SM Supermalls nationwide.

“Ever since we acquired the project last year, our client, SM, the biggest retail business in the Philippines, has entrusted us with the huge responsibility of turning out an editorially superior product that would allow them to not only serve all their retailers, but would also allow them to reach their regular shoppers and communities not normally or easily reached by traditional distribution channels,” Poch Bermudez, president and publisher of Hinge Inquirer Publications, said in a statement.

“Truly, this is one clear example where our company’s unique ability as a community media solutions company and our affiliation with the biggest publishing group in the Philippines, the Inquirer Group of Companies, to reach and engage both broad and very specific markets, and successfully meet the objectives of our client,” he added.

SM Shopmag+ bested 157 other projects from 34 companies in eight countries in the Innovative Custom/Trade Publishing Title category, emerging as the publication to be emulated by others when it comes to knowing the ever-changing needs and wants of its demographic, and adapting as quickly and as flawlessly to changes.

HIP is one of only three companies from the Philippines that received an Asian Publishing award this year.

Vault Magazine of ABS-CBN Publishing won the Best Use of Design, Layout and Presentation award, while St. Bernadette Publishing House Corp.’s “A Module in News Writing” received an excellence award in the Best Book on the Asian Media Industry category.

“I am very proud and honored that the team did it again. Winning this award is a testimony to the level of creativity and excellence that the teams possess and share with their clients,” said Sandy Prieto-Romualdez, board chairperson of HIP. “Congratulations to Hinge Inquirer Publications and SM for a job well done.”

“Congratulations, Hinge Inquirer Publications for SM ShopMag+, for winning the award as The Most Innovative Custom/Trade Publishing Title in the Asian Publishing Awards,” Magno said. “May you continue to grow and be an instrument in enlightening, informing and influencing our Filipino readers with content that is always a notch above every other publication. We salute you.”

As the publication year comes closer to an end with 20 issues—10 regular monthly issues, six special regional issues (distributed in specific Visayas-Mindanao communities) and four special Christmas issues—successfully published to date, the award only proves the strength of the invaluable union of the two largest and most influential institutions in the Philippines, the Inquirer Group of Companies and SM Supermalls, in creating a myriad of Filipino readers from all walks of life and bringing SM Shopmag+ from the heart of the city to the communities.

HIP looks forward to continuing the improvements and innovations for SM ShopMag+ in the coming year to live up to the honor of winning the award this year.

The APC holds a two-day seminar for industry professionals in a chosen country in Asia every year.