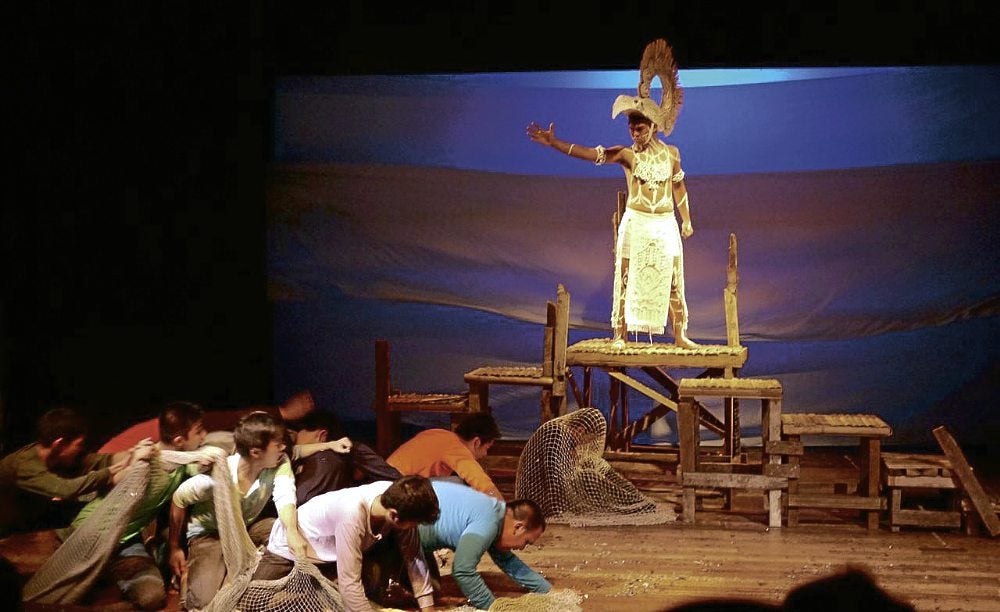 We were walking to Katipunan Avenue in Quezon City coming from Ateneo de Manila University, my grade school and high school alma mater: the legendary stage director Onofre R. Pagsanghan, myself, and a bright college student who was complaining about the religious instruction at the Ateneo.

“I don’t understand the theology that they teach,” the young man was bitching. Without skipping a beat, Pagsanghan—Mr. Pagsi to his students and everyone else—intoned: “A God whom you can understand is not a God worth believing in.”

Soon we reached a flyover and Mr. Pagsi needed assistance to ascend the stairs, so the student and I both took hold of his arms. “I’m between two angels,” Mr. Pagsi commented.

His parents Hipolito Pagsanghan and Vicenta Rivera were from Hagonoy, Bulacan, from where he gained his mastery of Tagalog. But Onofre himself was born in Manila on June 12, 1927. In an earlier interview for “Planet Philippines,” a US-based newspaper, Mr. Pagsi said the family was “very poor” and he was only able to study at Ateneo due to a scholarship.

He obtained his high school diploma in 1947, an AB degree in Education in 1951 and, much later, a Master’s degree in English Literature in 1984.

So his mastery of English came from the American Jesuits, some of whom couldn’t pronounce his surname correctly. So he became “Pagsi” forever.

With the bombing of Pearl Harbor in Hawaii and the subsequent invasion of the Philippines by the Japanese, classes at the Ateneo were suspended and did not resume until after the end of the war in 1945. The school was located at the Plaza Guipit in Sampaloc, Manila, then. There were just two classrooms, and the principal was the iconic Fr. John Delaney, who later became chaplain of the University of the Philippines-Diliman.

“In another wing of the building were a group of nuns, Hijas de Maria,” Mr. Pagsi recalled.

The school would later transfer to Padre Faura, Manila, and eventually to its present location at Loyola Heights, Quezon City, where it would become a university and coeducational.

Today, Mr. Pagsi still cannot forget what Fr. Delaney told him: “You have this particularly gift of taking lofty ideas and transforming them into a language the man of the street can understand. You will make a very fine high school teacher.”

And of course he became one, an excellent one at that, and an outstanding stage director.

As a student, Pagsi trained under Fr. Henry Lee Irwin (after whom a theater at the Ateneo is named) and later became director of the Ateneo High School Dramatics Society which, among other productions, performed Shakespeare and “Cyrano de Bergerac” (one of the director’s favorites).

At 85, Mr. Pagsi still goes by the Jesuit credo: “Be a man for others.” He is married to Florinda Duran, a sister of Eugenia D. Apostol. They have three children, many grandchildren and by now, I’m sure, greatgrandchildren.

The director has won many awards, including the Gawad CCP sa Sining for Theater. The National Artist Award, needless to say, is long overdue.