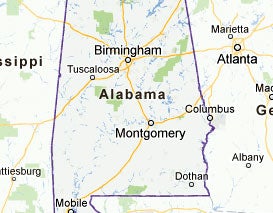 US woman sleeps through tornado ripping off roof

MOBILE, Alabama — An Alabama woman said Friday she fell asleep on the couch and didn’t realize a tornado had ripped off part of her roof and damaged most of the home until firefighters and neighbors came to check on her.

Betty Russell, who will turn 77 on Dec. 26, said she slept through the violent storm Thursday night after she dozed off on the sofa watching TV. She was woken by sirens from rescuers in the area afterward.

“I didn’t know I was that heavy a sleeper,” she said. “It had caved in the south side of my house and honestly I didn’t hear it. I cannot believe I didn’t hear it but I didn’t.”

Russell walked threw her debris-strewn house and looked at the hole in the ceiling of her bedroom, where she usually sleeps.

“There is a huge hole right where her bed is,” her grandson, Scott Russell, 13, said. “She usually goes to sleep in that bedroom, but for some reason she didn’t do it this time and she was saved.”

Betty Russell believes angels helped keep her safe. She collects small statues of angels and has them displayed on bookshelves, tables and glass cases throughout the home where she has lived since 1962. Russell said her two most important angels are her husband and son, who died at different times both within weeks of Christmas.

“I love angels and I was just in Rome last month in November and I just enjoyed the basilicas and other places we toured with paintings and statues of little chubby angels,” she said. “Personally, I feel like I have two angels, my son and my husband, so feel like I was looked after.”

She doesn’t know when she will start repairs to her roof, bedroom and the outside of her home. She plans to go ahead and spend Christmas with family in Colorado, something she was looking forward to before the storm.

In the meantime, she is counting her blessing that she wasn’t harmed.

As passersby stopped to check out the massive trees that smashed into the house and crushed a neighbor’s sport utility vehicle, the Russell family quietly salvaged what they could and marveled that she wasn’t hurt.

“She was actually woken up by the sirens and didn’t know what happened until the fireman escorted her outside,” daughter-in-law Phyllis Russell said.

“We are just so thankful that she is OK. She is a strong woman and she is definitely a role model.”