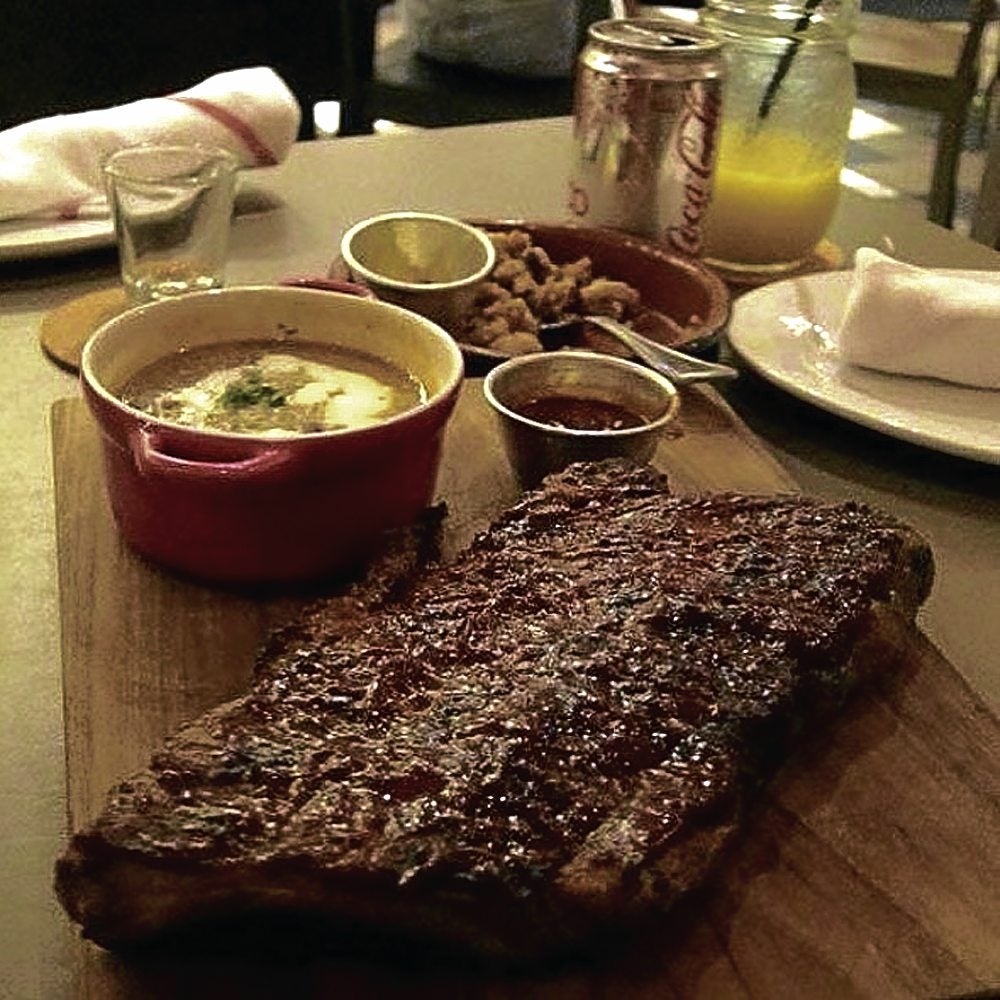 Every year, dozens of new restaurants open to much fanfare. Original concepts and foreign chains with everything, from specialty tea to steamed chicken, vie for the attention of Filipinos, inveterate foodies.

While many are worth trying at least once, there are a few that merit repeated visits, maybe because they have other interesting items on their menus, or it could be because there are one or two items that are worth ordering again and again.

Inquirer Lifestyle talked to several foodies who gamely gave their top three new restaurants for 2012 and why they think they deserve top marks.

Barrios singled out Wildflour’s “beautiful breads,” noting that it was “a very good place for breakfast although dinner has its own vibe.”

She was impressed by the “impeccable service” at Sariwon that elevates the Korean dining experience.

Cue, which serves barbecued items, is described as “almost comfort food that gets an upgrade.”

At Wildflour, she orders the Croque Madame and their craft beer, while at Sariwon she orders traditional items like bulgogi, bibimbap, galbi (beef) and sikhye (dessert drink).

At Cue, she gets baby back ribs, bacon slabs and the cocktails.

Well-known Ilongga chef Pauline Gorriceta Banusing travels to Manila to keep tabs on the restaurant scene. She runs several restaurants in Iloilo and has been the guest chef at both Mandarin Oriental Manila and the Hotel InterContinental.

“I am a creature of habit so once I liked a restaurant, I just keep coming back. Basing it on the number of times I have visited these places this year, my top three are Stella, Wildflour + Bakery and Brasserie Cicou in Greenhills.

“When friends from Iloilo ask me what restaurant to check out in Manila, I always recommend Stella because of the high quality of the food and value for money,” Banusing said, singling out the restaurant’s salted baked gindara fillet. “My only disappointment is that they don’t accept reservations on weekends.”

Like Barrios, Banusing raved about Wildflour’s Croque Madame that, she said, “makes one forget that he or she is on a no-carb diet! The combination of perfectly cooked egg, gruyere and ham is worth coming back for and, of course, giving up whatever diet you are on.”

She added that the one drink not to be missed is their version of Mimosas, fresh orange juice combined with sparkling wine.

MBKRS author and wine expert Cabarrus was hard-pressed to come up with three top restaurants saying she could only “think of two that have honestly impressed me.” These two are Ramen Yushoken in Alabang by Elbert Cuenca and Ryan Cruz, and Atelier 317 by Stephanie Zubiri.

“It’s great to see a real ramen joint that takes pride in making their broth fresh every day, with recipes from the Ramen King of Japan himself,” Cabarrus said, noting the noodles made in-house, the “amazingly flavorful” broth, and its good selection of Japanese craft beers and sakes. She recommends the Shoyu Ramen, the Miso Ramen and the Tsukemen, and the gyoza.

“Stephanie is usually present and makes herself available to recommend dishes and drinks. The staff is also amazingly well-trained for a place that has only been open a couple of weeks,” Cabarrus said.

Of Brasserie Cicou, which is owned and run by chef Cyrille Soenen, Banusing says she loves the idea of an affordable and casual French restaurant in Manila. Whenever she’s there, she orders Le Coq Au Vin, chicken braised in red wine, served family-style.

“Choices here are limited so we tend to order the braised lamb shank which is really tender. I think that for a tender and juicy high-quality lamb shank priced under P600, Brasserie Cicou is worth braving the traffic situation in Greenhills,” Banusing said.