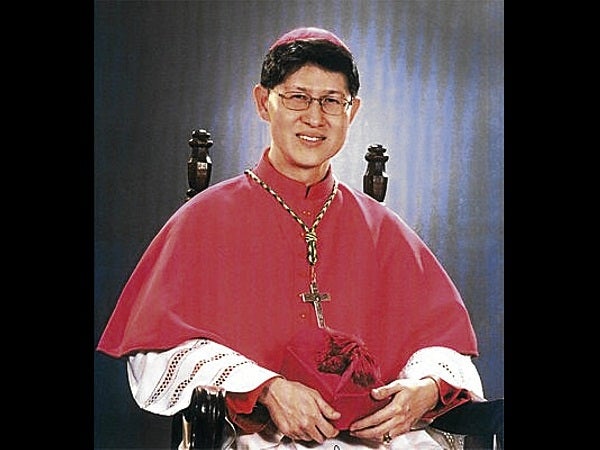 Get out of ‘Egypt’ to get closer to God–Tagle

CITY OF SAN FERNANDO—“Let’s get out of our Egypts so we can go to God.”

Using the Biblical Egypt to portray slavery, pestilence and sin, Manila Archbishop Luis Antonio Cardinal Tagle delivered this message in his homily on the Feast of the Holy Innocents on Friday.

“There is an Egypt in us and the Son of God would like to enter our lives and the Egypts of our society to enable us to go to the light of love,” Tagle said.

He spoke at a Mass attended by more than 40 bishops, 300 priests and nuns, and over 100 lay leaders who were celebrating 50 years in the priesthood of San Fernando Archbishop Paciano Aniceto.

Tagle’s homily took off from the story of King Herod and his order to slaughter all boys, two years old and under, in a bid to kill the Child Jesus.

This was a reprise of the story about the Egyptian pharaoh in the time of Moses. According to the Old Testament, Egyptians saw the Israelites as a threat due to their growing number and so he forced many of them into slavery and drowned newborns in the River Nile.

Moses, the boy found by the pharaoh’s daughter, eventually led the Israelites out of Egypt and guided them, after 40 years in the desert, to what is now present-day Israel where they received the 10 Commandments.

Tagle said the killing of innocents continued to this day in the form of abortion, abduction and the sale of children or their body parts.

Innocence, he said, is violated in the form of infidelity and exploitation of the poor and overseas Filipino workers.

Environmental destruction and terrorism rob innocent people of their health and safety, he added.

“And we grieve or are stunned into silence by the killings of innocents,” he said, referring to the victims of school shootings in the United States.

He said that the feast, when seen only as the mass murder of children, gives a “disturbing aspect of Christmas.”

“Herod is alive in those who fear losing power. They can kill to defend their hold on power,” he said. “The Feast of the Holy Innocents should not stop with Herod. Our grieving and our sense of hopelessness will not stop.”

Tagle said the feast could also be a sign of hope if people focused on “the good news that is Christ.”

He said Christ’s birth proved the “vindication of the innocents and liberation.”

“This was a definitive and final story of the victory of life,” he said.

He said it was wrong to claim that one was sinless. “If we do so, we are making God blind.”

Tagle said there was no priest who was without sin.

“Marami akong kalokohan at mahal ako ng Diyos (I have many sins and God loves me),” he said.

Humility, the cardinal said, was what was needed to live a life according to the teachings of God. “The humble rest on God.”