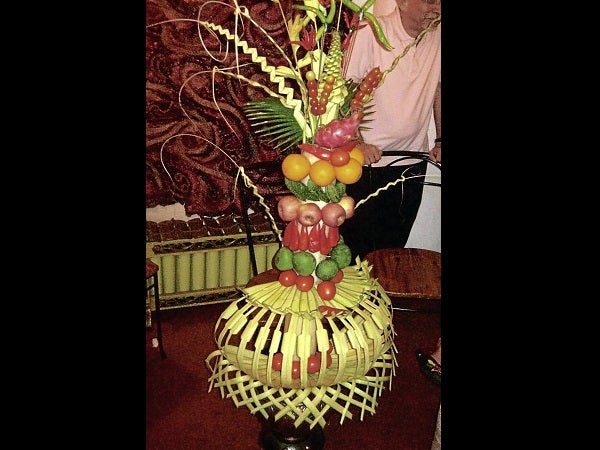 Prose and poetry are such different disciplines.  Poetry likes to linger, to savor, to sit by the wayside spinning metaphors.  Prose likes words, too, but never as the essence itself.  Prose is more interested in telling the story, in bringing the tale to its conclusion.  A dusting of metaphors is good enough, too many will distract.

That is why I’d rather paint.  For me it’s much easier than writing a poem.  Of course, there are those who are adept at both fiction and poetry.  They are few.

Poets can always tell when a prose writer is trying so hard to write a poem, the same way that fiction writers can detect a poet trying so hard to tell a story.  Both are labors of love, but the babies sometimes exhibit telltale signs of hard labor.

Article (especially news) writers are a different breed altogether.  They are no-nonsense types, so interested in getting their facts straight that they sometimes forget their syntax or their spelling (hehe).  That’s okay, because when fiction writers cover the news they usually don’t get anything straight, except maybe the punctuation.

In recent decades, there has been an attempt to combine different forms.  University of the Philippines (UP) professor Jing Hidalgo taught “creative nonfiction,” which fuses a factual story with the art of fiction.  There is the prose-poem (I forget its definition).  There is the graphic novel that was first promoted by Neil Gaiman. It tells its tale in drawings, a breath away from the comics form.

Resting from the relentlessness of column prose deadlines, I went to see a play in UP’s Wilfrido Ma. Guerrero theater.  Since I couldn’t negotiate its three flights of stairs, my wheelchair had to be carried aloft with me on it by four security guards.  I felt like Apolinario Mabini, but also like a queen.

I remembered how, as a young housewife, I used to dream of driving up the CCP ramp, not in a flashy new car like the glitterati then, but in a masa jeepney.  In those days, jeepneys were truly gaudy. They had several round rear-view mirrors on the hood, a couple of nickel-plated horses, a 14-ft-high antenna twined with multicolored plastic strips. On its dashboard, it had an altar complete with plastic flowers, Lourdes statue and dangling rosary.  Jeepneys had blinking Christmas lights all over no matter the month.

My dreams have since shrunk. All I wished for now was a wheelchair decorated like a jeepney.  There are many wheelchair users and I wanted to share my ideas with them.  I came up with a full scenario.  I would ask Dr. Joven Cuanang—what are crazy friends for—to host a parade of embellished wheelchairs at St. Luke’s Global.  Artist teachers of the Makiling High School of the Arts would embellish maybe a dozen wheelchairs, turn them into sculptures.

I told Gerry Leonardo (who made the kinetic Balanghai monument in Fort Bonifacio) about it, about the wheelchair embellished like a jeepney, about the whole project. He went wild.  He wanted to do a wheelchair with wings, one with kinetic origami fans, a Santacruzan chair, a Darna chair decorated with her archenemy Valentina’s snakes (now tamed).  He wanted a rolling confessional for rushing to dying patients.  He wanted a chair, its wheels wrapped with the rubber of print-making that would leave images as it rolls.

Gerry further texted that there would be a wheelchair with pulsating hearts, breathing lung, eyes that served as headlights, elongated ears that were speakers for music. And the day wasn’t even finished.

Before midnight I texted that St. Luke’s should donate their old wheelchairs to the project.  He texted back that for embellishments—bakal, lata, bote, mirrors Christmas lights, sounds, small motors, welding, etc.,  they would need about P20,000 per unit.  I texted him that if Doc Cuanang wished, the doctors could donate first, second and third prizes, or the chairs could be auctioned off.

On Sunday I told Doc Cuanang about it during the inauguration of the fourth wing of his Pinto Museum.  He was enthused.  He and Gerry Leonardo and the Makiling gang, who would execute it, and me are to meet after the holidays to thresh out the details.  Abangan. (Karina Bolasco suggests that those embellished wheelchairs also welcome our aging visitors at the Manila International Airport).

If you’re afraid that your aging body is becoming useless and your memory faulty, your imagination will always be there to see that your dreams come true. It’s fun to be old.  Try it sometime.