Fitness 2012: Yes, you can Zumba–but not while you’re on Cohen | Inquirer Lifestyle 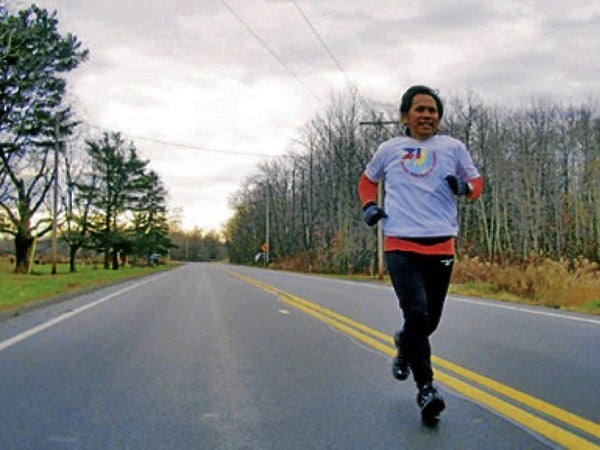 Fitness 2012: Yes, you can Zumba–but not while you’re on Cohen

It was the year that saw people strutting, shaking, spinning and shimmying their way to slimmer bodies and healthier lifestyle.

Zumba ruled the fitness scene in 2012. The calorie-burning, Latin-inspired dance fitness exercise introduced in the country two years ago became an even bigger hit this year, going beyond the gyms and straight into company-sponsored workout programs and even into the homes of many Filipinos.

A close runner-up is last year’s biggest thing—running. Major races still pack an average of 10,000-13,000 runners, while minor events get an average of 3,000-5,000. Barefoot running is slowly picking up and might see a significant growth in about five or more years.

About to make history, though, is ultramarathoner Cesar Guarin, 56, who is set to be the first Filipino to run around the world by 2017 by covering a total of 42,000 km in 47 countries.

“Eat a princely breakfast, a kingly lunch and a meager supper.” Fad diets also took an interesting turn this year, from the exclusive (read: expensive) and highly restrictive Cohen Diet that parades its “graduates” each year, to a rather outrageous-sounding fad called Paleolithic Diet that believes modern man should eat food consumed by cavemen during the Stone Age.

Those who were into cleansing tried the Monotrophic Diet (one food type a meal) to cleanse their guts or opted for another expensive program of cleaning the liver via Metabolic Detoxification.

The annual Philippine Hobie Cat Challenge finally hosted a race that attracted world-class athletes for the first time. Held in El Nido, Palawan, the event saw world champions flocking to the country to join the race because it offered a unique route, sailing between islands and rock formations instead of the usual triangle race course.

Fitness buffs willing to part with a large chunk of their paycheck, that is. A type of suspension training that is more accessible, however, is TRX, now offered in almost all megagyms.

As gamification—instant feedback, akin to video games incorporated in otherwise mundane activities to make them more exciting (think badges, points, leaderboards in apps like Foursquare)—took over many businesses in the US, the fitness industry quickly adapted to the trend. Running apps like Run-Keeper, MapMyRun and Nike+ and website Smashrun motivated people to go the extra mile. Other noteworthy fitness gamification apps include HundredPushups, Fitocracy, Fleetly, Zombie, Run! and GymPack.

The days of CFLs (compact fluorescent lamps), said to emit mercury vapors when lighted, is not yet over—not for this country, anyway—but Filipinos are beginning to look for alternatives. Energy-saving LED lighting systems, while still pricier than CFLs, are now the way to go for many environment- and health-conscious Filipinos.

Senior citizens are now in good hands with the Grandma and Grandpa Club of St. Luke’s Medical Center at Bonifacio Global City, The Fort. Simple activities such as origami-making, dancing, photo tray and flower arrangement have led to health improvements, even in patients afflicted with dementia.