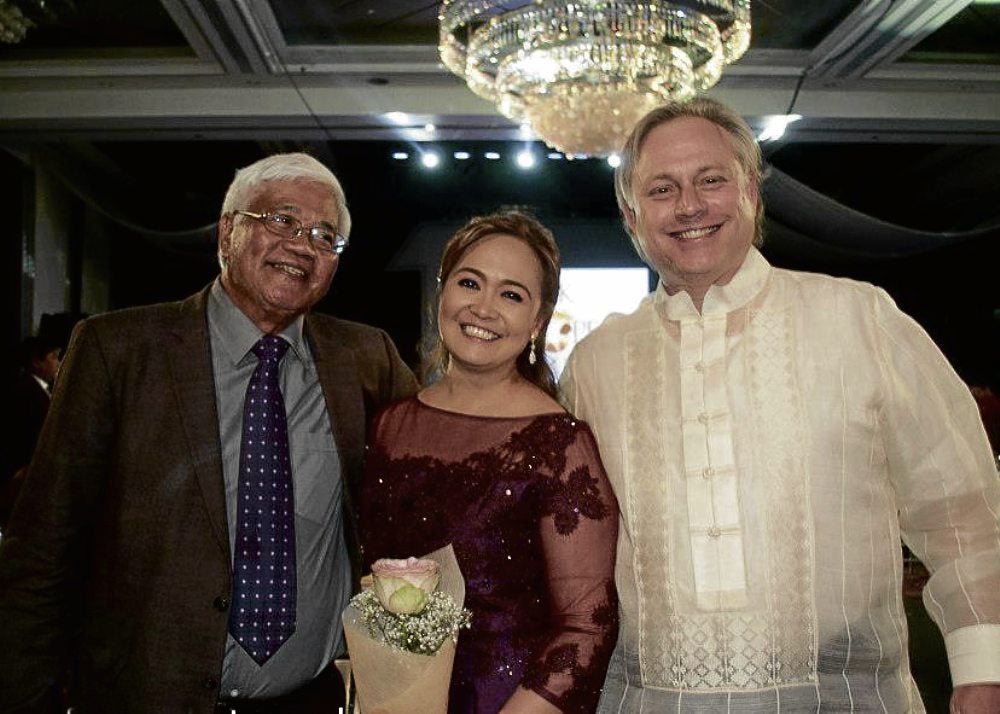 Who doesn’t love a good bubbly, dahlings? I know I do!

So when Veuve Clicquot invited moi to a super smashing Champagne dinner featuring some of Veuve Clicquot’s fine Vintages at the Old Manila of the Peninsula, moi dashed over faster than you could bat an eyelash.

The aperitif for starters was an excellent menu especially prepared by executive chef Samuel Linder of Old Manila no less, dahlings. My champagne flute was filled with Veuve Clicquot Non-Vintage Brut Yellow Label that was divine!

At dinner, we had Veuve Clicquot Blanc Vintage 2002; the Moët Hennessy hardworking team said this well-balanced vintage could last for at least 15 years, dahlings. Next, we were given another delish starter, the leek-egg caviar.

Just when moi was getting giddy, another champagne, the pink-tinged wine (don’t you just love pink champagne?) Clicquot Vintage Rose 2002 was served. Wow!

Oh yes, palanggas, this gastronomic champagne and food pairing was made even more elegant by the attendance of some of Philippine gliteratti such as LVMH’s very own Olga Azarcon, no less.

It was bubbly clear, that on my way home I was totally blown to champagne heaven, dahlings.

Since Mayan doomsday scenario didn’t take place, thank goodness, we now announce that the GK Hope Ball will take place this year, the third time it will do so.

Last year’s ball raised funds for the poor communities of Sulu. The 2013 GK Hope Ball will help raise money for the rehabilitation of Intramuros, the Old Walled City.

“Intramuros is truly the soul of our people, and yet here, we have informal settlers who are living under subhuman conditions,” said Gawad Kalinga founder Tony Meloto at the GK Hope Ball press launch. “This is a poor reflection of our soul as a nation.”

Moi found out that working together with the Intramuros Administration, Gawad Kalinga began the Kalinga Intramuros campaign, with the goal of restoring the radiance of the Walled City by relocating families to a GK Village in Trece Martires; the village will be funded by the Catholic Bishops’ Conference of the Philippines, to be built on a piece of land donated by the Cityland Development Corp.

“Ultimately, the campaign aims to generate enough support to transform the slums of Intramuros into beautiful and sustainable villages, provide the relocated families with sustainable means of living, and reestablish the old capital as a center of business and great culture,” said Amor Maclang.

With restaurant and bars coming up faster than a field of mushrooms, plus the endless reading we do on “what’s the best resto, or the best meals found on different restos,” moi have become completely jaded on where to go in our fast-growing town, dahlings.

Well, there’s still the ever-reliable and consistent restaurant and bar simply called Nuvo, with its new owners that have molded this icon in Greenbelt 2 into one of the in-demand spots for excellent dinner and fun, with live music playing outside the open patio, dahlings.

Nuvo owners Philip Cruz and Ching Cruz have brought in a famous as its guest chef, Monsieur Xavier Anthony Btesh.

Last week, we had the pleasure of doing a divine food-tasting of the chef’s menu.

For starters, we had Truffle Scallops Carpaccio with green salad, followed by Truffle Classic Scrambled Eggs. Then we had the to-die-for Milanaise Truffle Risotto in saffron and truffle sauce. The big surprise was the yummy Acapulco Scallops, with tequila-flamed scallops, wrapped with red and green peppers, onions.

Well, après the awesome gastronomic, we gave a standing ovation to the cook.

Nuvo has been packing them in for dinner and drinks, dahlings. Check it out and be among the followers of our new grand chef in the block, together with Nuvo’s own chef Rod Sapio, no less, palanggas.