Fr. Reuter–a man for others, and for all seasons | Inquirer Lifestyle ❮ ❯ 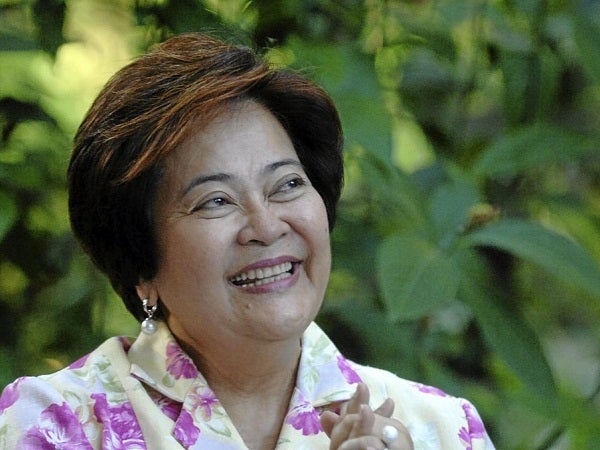 Fr. Reuter–a man for others, and for all seasons

“What does it profit a man, if he gains the whole world and suffers the loss of his soul?” (Mark 8:36)

Fr. James B. Reuter SJ kept on pounding this thought into our brains during our high school retreat a few decades ago. Being young and impressionable, we couldn’t help but swoon over Fr. Reuter’s a la Marlon Brando looks.

He spoke using words that pierced through our sense of sinfulness. Or, he would wax romantic, with a voice that was gentle and sweet whenever it was the Divine Romance he would be describing. He was such a dynamic, dedicated retreat master, deliberate and emphatic in communicating to us that to lose one’s soul is the greatest tragedy of all.

It was my teacher in Speech, Drama and Literature, Zeneida Amador, who brought me into Fr. Reuter’s loop of musical theater, the radio drama program “Family Theater” and TV show “Santa Zita and Mary Rose”. It was during those college years (1960-1964) that I played Roxanne to Vic Silayan’s Cyrano de Bergerac. I met many of Fr. Reuter’s favorites such as Subas Herrero and Noel Trinidad, watched them during their glee club concerts, and admired how inspired and enthused they all were with whatever speaking, singing, dancing roles or even backstage work were given to them.

There is no doubt that the driving force behind all that Father Reuter had achieved—whether as missionary-priest-teacher, or as playwright, director for stage or TV, glee club or sports coach, spiritual master, journalist-communicator—was his great passion for excellence, but also his humility and capacity to work in harmony with others. That is what I would want to remember him for. He was a true Jesuit, a man for others.

He could serve others so well because he practiced what he preached. He was involved intensely, but remained detached wherever he was sent on assignments to Naga, Manila, Radio Veritas, as chaplain of St. Paul’s College, and spiritual director to souls he touched and brought closer to Christ.

Fr. Reuter, you are indeed a man for all seasons. No one can dispute that the winter of your life happened during the war, and during Martial Law when you were jailed and subjected to an embarrassing 12-day trial. You spoke out for freedom and democracy for Filipinos. You didn’t mind that everyone knew you were born in the United States. Your heart, your life, was truly Filipino.

Later an honorary Filipino citizenship was bestowed on you. And the Ramon Magsaysay Award for Journalism and Literature recognized the mission you have set out to do since you decided to become a priest of God at 7.

At 96, on Dec. 31, 2012, you were called home to heaven. There, will your treasure be, deep in the heart of God. The greatest profit a man can gain, after the seasons of spring (your ordination and studies), summer (the multitasking jobs you energetically did with the joy of life) and fall (your failing health) all had touched you while you were here on earth, is to see the face of God in heaven for all eternity.

Thank you for having been a living witness to how humanity and divinity in us can become like Jesus Christ, the first Missionary-Priest-Teacher, the first Playwright, Director and Coach who chose humanity to become one with His divinity, simply because of His great Love for you and me.

Whisper to Jesus, on behalf of the Filipino people, that we need His grace, His mercy and His healing power to make us worthy of heaven. Yes, what you said in the 60’s still rings true: “What does it profit a man, if he gains the whole world and suffers the loss of his soul?”

God forbid that this should happen to me.

Enjoy heaven! You deserve it.