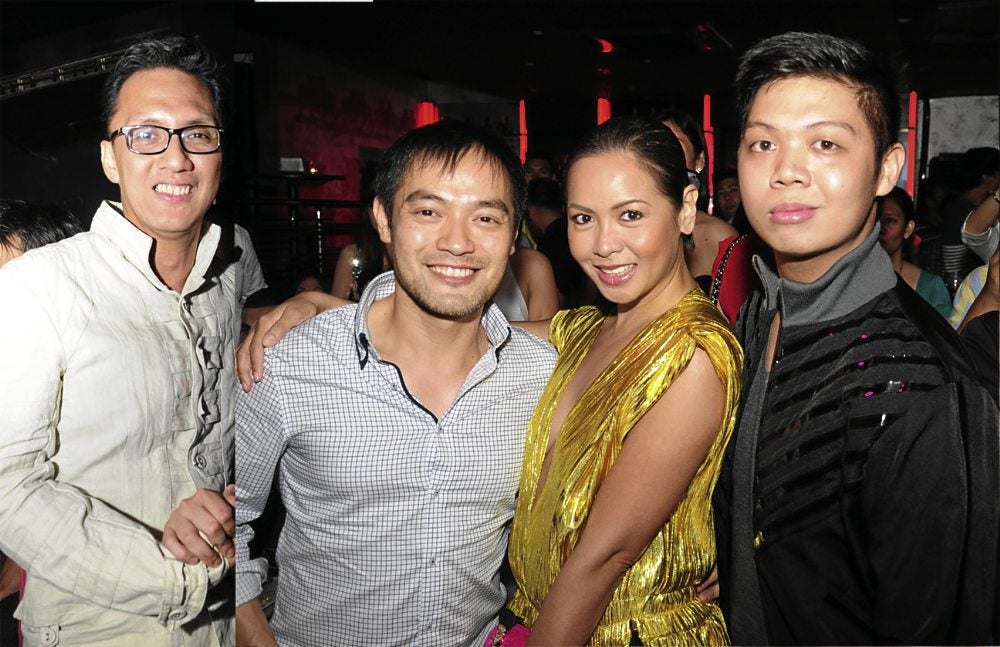 Seventh High, one of our town’s premiere boutique nightspots, gave a fab bash on its second anniversary, an awesome disco happening entitled “Discofied.”

Starting the night’s fantastic swing on a roll were hot acts such as Glitters, Addlib, Nyoy Volante, Centier and Club Mwah, which particularly shocked Seventh High to intensity nine.

For extras, palanggas, wow prizes were awarded to a number of ladies who were the night’s “Glamour Goddesses.” Ruffa Gutierrez was the night’s Disco Denizen, capturing the spirit of glamour.

The night of fun, dancing, flirting and boozing had everyone on a seventh high, palanggas, more so when gorgeous Denise Laurel, and Anthony and David Semerad asked the Seventh High management to join them onstage for a glittery toast. The champagne parade marched from the LED walkway all the way to the club.

But it didn’t end there, as funky retro mixes of DJ Mars Miranda with Seventh High’s own DJs Buzz and Ron blasted through the speakers to outer space.

The ninth Citi-Financial Times Financial Education Summit gathered heavyweights of financial education from over 30 countries at the Makati Shangri-La.

Organized by the Citi Foundation, Pearson Foundation and Financial Times with the Bangko Sentral ng Pilipinas as host partner, the summit was dubbed “the leading international forum on financial capability,” drawing 300 delegates from over 150 institutions.

Citi Philippines hosted a fab dinner for the summit speakers at the National Museum of the Philippines. In celebration of Citi’s 200th anniversary, the summit showcased Philippine heritage and how the bank has financed global milestones over the last two centuries, palanggas.

Merger’s Holiday 2012-2013 collection was successfully previewed by our town’s fashion dandies at the Peninsula Manila, natch!

Some of my coats and tuxes are from Merger, a namedroppable brand that’s our very own. ’Di bala palanggas?