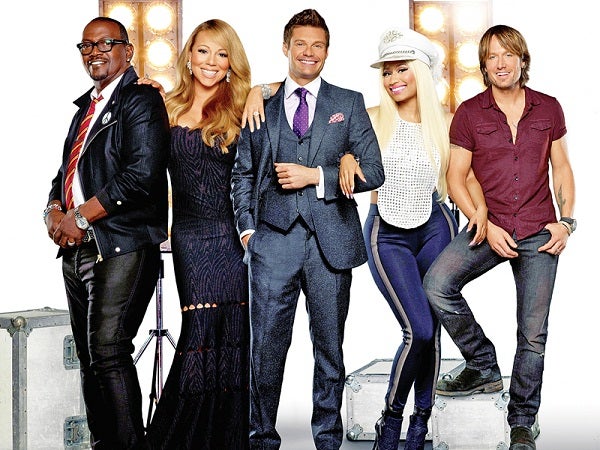 New season, new contestants and, for this year, new celebrity judges. Major changes are happening to America’s top reality singing tilt for season 12, the biggest of which is the show’s brand spanking new jury made up of today’s musical heavyweights.

Country music crooner (and Nicole Kidman’s better half) Keith Urban, quirky pop superstar Nicki Minaj, and the golden diva herself, Mariah Carey, will be joining panel veteran Randy Jackson on the judge’s pedestal to sift through hundreds of thousands of young American hopefuls to find The One. Ryan “Megawatt Smile” Seacrest also returns as the show’s host.

Last season, the show set a record when it gathered 132 million votes for the season finale that saw All-American guitar guy Phillip Phillips and tiny, big-voiced crowd favorite Jessica Sanchez duke it out for the top spot. As the eleventh Idol, Phillips started conquering the Billboard Hot 100 charts with “Home” and “The World From The Side Of The Moon,” while Sanchez has signed with Interscope Records and is well on her way to becoming a star in her own right. Oh, and let’s not forget her many endorsement deals here in the Philippines, plus her upcoming V-Day concert with season 11 fan favorite Colton Dixon.

So what’s on the menu this season? Probably a catfight or two between the feisty female judges with equally formidable egos. Late in 2012, Carey and Minaj were said to have had a disagreement during preliminary auditions, with Minaj referring to the squabble on her Twitter account. Both stars, however, are reportedly pleased to be part of the show; Carey says that she’s proud to be on a show that has produced massive stars, while Minaj is eager to be part of American Idol’s big family. Seacrest assures AI fans that there won’t be a dull moment between the two judges this season, and even if things between the two divas may get intense, their combined presence on the panel is something the show’s producers are excited about. Let’s hope they don’t steal the limelight from the contestants.

Some new twists have also been added to the audition process to shake things up a bit for AI aspirants and home viewers as well. One is the “AI Small Town Audition Bus Tour,” which will bring the auditions to 10 small towns in America for the sake of those who can’t make it to the auditions in the big cities.

Another type of audition is the “Nominate An Idol” program, where friends and family members can secretly nominate someone by filling up an online form and submitting a video of the person singing solo and a capella. A film crew will then turn up on location to surprise the chosen nominee and give them a chance to advance to the next round. Online auditions were also held for the show in late 2012.

With these new ways to get on the show, AI fans can anticipate a bigger hodgepodge of hopefuls, from the most talented singers in America to the weirdest wannabes who will do anything just to get a crack at the title. Yeah, we know what you’re thinking: “Oh, no, not another William Hung/Bikini Girl/random weirdo!” But admit it, you’re still curious about the fresh wave of talents (and tantrums!) this year will bring. We are, too.