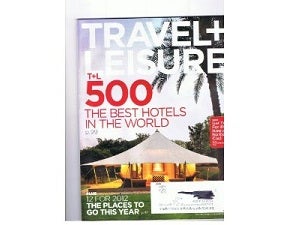 After the successful “It’s More Fun in the Philippines” tourism campaign, which observes its first anniversary on Saturday, two more respected international publications have included the country on their list of the top destinations in the world for 2013.

New York-based Travel+Leisure Magazine, the rival of Condé Nast Traveler, named the Philippines as one of the 13 “Hottest Travel Destinations of 2013” in its January issue.

On Friday, The New York Times also placed the country at number 17 on its list of “46 Places to Go in 2013,” ahead of Bangkok, Paris and Casablanca.

“A surfing and beach destination goes luxe … Idyllic white sand beaches, secluded, little-known surf towns and pristine reefs are among the natural draws of this country made up of over 7,000 tropical islands,” The New York Times said.

“Now in addition to the more upscale choices cropping up in former backpacking enclaves like Boracay, there is a new generation of luxury hotels opening even further afield,” it added.

The paper noted the new Dedon Island resort on Siargao, adding that it was “close to one of the world’s best surf breaks, Cloud 9, (of which famous American surfer Kelly Slater is a fan), and has an outdoor cinema along with spa and paddle board classes.”

“And the private island resort of El Nido Pangulasian opens this month in the Unesco biosphere of Palawan, right by some of the world’s most pristine diving spots,” it added.

The New York Times said that while the Philippines has been subject to travel advisories in the past, “they mostly focus on Mindanao in the south.”

Travel+Leisure Magazine, which has 4.8 million readers, noted that while there were safety concerns before about the Philippines, it was now “safe to visit once again.”

“Two countries written off in recent years—Zambia and the Philippines—are safe to visit once again, and thriving with new safari camps and island thatched-roof villas,” Travel+Leisure said.

“The archipelago of Palawan, a Unesco biosphere reserve in the Philippines, just added a resort with a scuba center; hop a two-hour flight from Hong Kong, and you’ll soon be diving with the sea turtles,” it added.

The magazine particularly mentioned El Nido Pangulasian Island and the 125-acre private island of Ariara in Palawan, and the Eskaya Beach Resort and Spa in Panglao, Bohol.

“Boracay hogs the spotlight, but there are thousands of other islands to lure beach lovers,” Travel+Leisure added.

“This is a very good development for our country. It is a very concrete proof that foreigners now have a high awareness and appreciation of the great travel potentials of the Philippines,” Bengzon said.

“It shows that we are now a serious player,” he added.

Bengzon said the awareness of foreigners about the country was heightened by the launching of the “It’s More Fun in the Philippines” campaign in January last year.

“We’ve advertised and conducted our marketing campaign in all our major markets like Asia-Pacific, North America, Europe, India, Korea and China. And in 2013, we will be even more aggressive,” he said.

Bengzon said the Department of Tourism (DOT) expected the number of tourist arrivals for 2012 to reach 4.2 million to 4.3 million.

“There was a slowdown from our Chinese market but this is against picking. For 2013, we are targeting 5.5 million and we are very positive that we can reach that,” Bengzon said.

“The feedback to [the “It’s More Fun in the Philippines”] campaign has been very positive not just in terms of tourist arrivals but also in the response of the private sector, from the airlines, travel agents, the hotels and resorts. More hotels are opening this year,” he added.

The other places that made it to Travel+Leisure’s list were Bahia Ballena in Costa Rica, Basilicata in Italy, Puerto Rico, Minneapolis in the United States, Reunion, Nepal, Charlevoix in Quebec, Uco Valley in Argentina, Zambia, Amsterdam, Australia’s Gold Coast, and Marseilles.

The magazine said it initially considered “40-odd places” for its list of top destinations this year.

“To determine which destinations … are coming up on the radar, T+L asked safari experts and art dealers, cutting-edge chefs and even branding agencies where they’re seeing a new neighborhood emerge or wineries getting more acclaim,” Travel+Leisure said.

“What started with 40-odd places we distilled down to a baker’s dozen: the hottest travel destinations of 2013,” it added.

In the same issue, the magazine also named the Discovery Shores Hotel in Boracay as the 5th Best Hotel in the World.

“Barefoot elegance is undoubtedly the vibe on this tiny island, where the 2 1/2-mile stretch known as White Beach is often singled out for being the softest in the world,” the magazine said.

It said that Discovery Shores’ 88 spacious suites all have large glass walls that look toward a scenic rock garden, “but chances are you’ll spend more time by the water.”

“Take a dip in the infinity pool, or jet-ski on the crystalline sea. For people-watching, head to The Sandbar, where they stir up delicious mojitos, infused with local flavors like lychee and mango,” Travel+Leisure said.

“Once you’re sufficiently refueled, karaoke your heart out, with over 1,000 songs (mostly in English) to choose from at the resort’s recreation lounge,” it added.

The endorsement from Travel+Leisure came as the UK edition of its competitor, Condé Nast Traveller Magazine, also named the Philippines as one of the top 10 hottest new travel destinations for 2013.

“For travelers willing to go the extra thousand miles for a deserted beach, the Philippines has around 7,000 of the most heavenly islands in the world. It’s still not the most obvious beach-holiday destination, but it soon will be,” Condé Nast Traveller said.

“Sorry, Maldives… We love you, but we’ve got a new flame,” it added.

The magazine said the Philippines was becoming particularly popular among serious divers, who visit for “the incredible underwater life, unspoilt coral gardens with rainbow-bright fish, green sea turtles and dugongs.”

“In Bicol you can swim with the biggest fish in the world, the whale shark. While fish-fans of a different nature can go deep-sea fishing in one of the deepest trenches in the oceans, not far from the little-known island of Siargao,” the magazine said.

“The archipelago of Palawan ticks all the boxes: palm-fringed white-powder beaches, crystal-clear turquoise waters, natural lagoons for wild swimming on Miniloc Island—all of it protected by Unesco,” it added.

Condé Nast said Bacuit Bay in Palawan was something like Halong Bay in Vietnam, “only without all the tourists—for the time being, at least.”

“There are just a handful of resorts, which are tasteful and deliberately low-key. Two of the newest are Ariara Island and El Nido Pangulasian Island, a private-island resort with palm-thatched villas, a spa, its own dive center and sea views to melt the heart,” the magazine said.

“Another super-stylish new opening is Dedon Island, on Siargao; it’s owned and designed by contemporary furniture brand Dedon. And a perennial favorite is Amanpulo, yet another high-design private-island hotel on Pamalican Island,” it added.

In October, Lonely Planet, reputedly the largest travel guidebook and digital media publisher in the world, also named Palawan among the top 10 best regions to visit in the world for 2013.

Lonely Planet said Palawan was “the ultimate archipelago for adventurers” and best for being “off the beaten track,” adventure and culture.

“Palawan incorporates thousands of sparkling, rugged islands and is fringed by 2000 km of pristine coastline. So far, Palawan’s natural marvels have only been sampled by plucky backpackers. Not for much longer,” Lonely Planet said.

“The trail these pioneers have blazed is set to explode, with regional airlines waking up to Palawan’s potential and clambering to schedule direct flights to the capital,” it said.

“Throw in the mushrooming growth of style-conscious boutique hotels normally found in places like Ko Samui or Bali, and you can feel that Palawan is ready to hit the big-time in 2013,” Lonely Planet added.