Business and other sectors rush to save Manila Cathedral | Inquirer Lifestyle ❮ ❯ 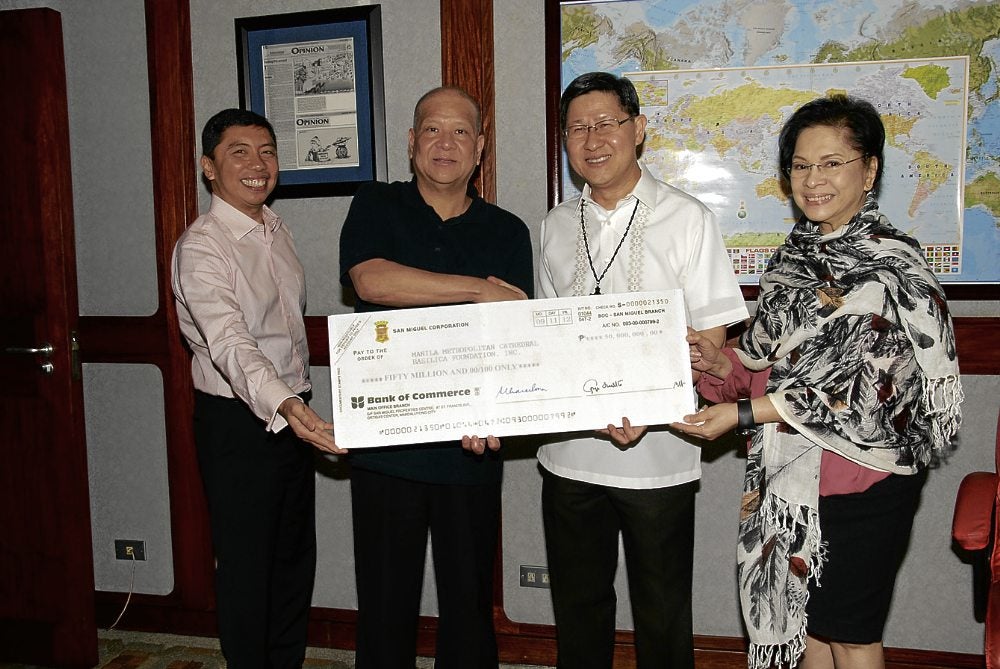 Business and other sectors rush to save Manila Cathedral

The historic Manila Cathedral, located at the heart of Intramuros, is now set to undergo a multimillion retrofitting process to preserve its physical structure and to ensure the safety of those who will use it after its restoration.

According to Henrietta de Villa, who was appointed to the Manila Metropolitan Cathedral-Basilica Foundation for the renovation and restoration project, the overwhelming support from the faithful is drawing their purpose’s fulfillment nearer and probably earlier than expected.

“With the support from our donors, we don’t have to worry about chasing funds. Because of that we are able to focus more on planning the actual restoration and repair work of the church in the most efficient and cost-effective way possible,” De Villa said.

Collaborating for the cathedral’s redevelopment are De Villa, a former ambassador to the Holy See and a champion for voter education; Cardinals Gaudencio Rosales and Luis Antonio Tagle; retired Chief Justice Artemio V. Panganiban; and Ramon S. Ang, president and chief operating officer of the San Miguel Corporation, who already donated P50 million for the project.

A number of private patrons have also helped in the raising of funds.

Early last year, Manila Cathedral closed to the public after Tagle announced the urgently needed repairs to the church in February 2012.

Preparations needed almost a year to come up with a detailed survey of the structure—which was facilitated by the Angel Lazaro and Associates, an engineering and architectural consultancy firm—and a concrete plan to remedy the problems in the 54-year-old edifice.

Findings show that the cathedral is slowly sinking due to soil liquefaction. This strains the building foundation and the main arches that carry the weight of the ceiling and roof, which are not far from collapsing should a strong natural calamity strike Manila. The cracks on the ceilings and walls, which can be seen from below, are indicators of the waning stability of the structure. Msgr. Nestor C. Cerbo, cathedral rector, pointed to this as the reason why the cathedral had to close its doors.

“In the event of an earthquake, the danger to the public is very real,” said Cerbo. “The soil under which the cathedral rests cannot bear the weight of the entire structure. This is the reason why we had to cancel all those weddings that had been booked for months.”

Also, groundwater has started seeping onto the cathedral flooring. In fact, during the rainy season, the seepage covers the entire floor area of the cathedral crypt, and rises a few millimeters more. This has heavily stained and darkened the terrazzo.

To salvage the important building, engineers resorted to high-definition 3D laser scanning. This technology has created accurately a three-dimensional image of the cathedral, which will be used to plan its renovation and restoration.

Complementing the Hispanic aura of the famous Walled City, the cathedral has become a popular tourist site both for its religious significance and historical value, with many ambulant vendors deriving their livelihood from churchgoers and visitors.

It saw two popes—Paul VI and John Paul II—celebrating Mass at its altar, and was a witness to the lying in state of Presidents Carlos P. Garcia and Corazon Aquino.