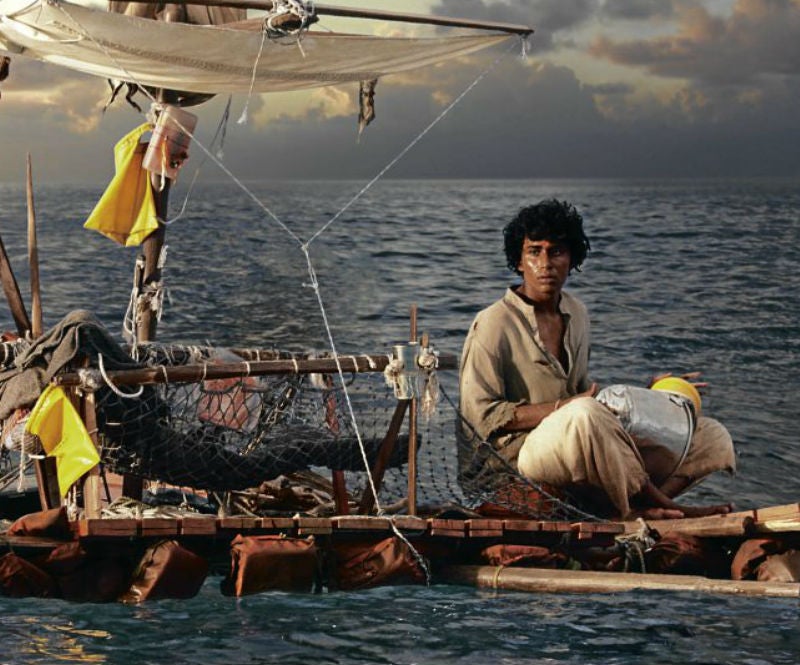 What will you do if you are stuck in the middle of the Pacific Ocean, battling for survival, along with a Bengal tiger?

Award-winning filmmaker Ang Lee’s latest film, “Life of Pi,” his adaptation on the Booker prize-winning novel by Yann Martel of the same title, tells the story of a young man who survives a shipwreck and is caught inside a small lifeboat with a zebra, hyena, orangutan and a Bengal tiger.

Piscine Molitor Patel, also known as Pi, narrates his one-of-a-kind adventure to a writer eager to compose a spellbinding tale. Pi recounts his childhood back in Pondicherry, India, living in a zoo operated by his family.

As a child, Pi experiences being bullied at school because his first name sounds like “pissing.” But the bullying never hinders the determined young boy into gaining knowledge and discovering life.

As time goes by, Pi’s father decides to sell the zoo and move his family to Canada. This news breaks the heart of Pi because this means leaving his hometown and his special relationship with a young lady.

Carried by the Japanese freighter named Tsimtsum, the depressed Pi suffers hardship like his vegetarian family because the kitchen has a scarcity of non-meat food. Little do they know that a bigger challenge awaits them.

After leaving Manila, Tsimtsum sails the Pacific Ocean and faces a tremendous storm. The terrible turbulence wakes Pi from his slumber and upon seeing the situation, he tries to save his family but it’s too late.

Pi then finds himself in the middle of the Pacific Ocean carried by a little boat. But he is not alone. Accompanying him are a Zebra with a leg injury, an aggressive hyena, a female orangutan and a stubborn Bengal tiger named Richard Parker.

Over 200 days after the disaster, Pi is found on the shores of Mexico; he’s brought to a hospital for treatment. Upon learning that there is a survivor from the sunken Tsimtsum, Japanese officials visit Pi and ask him about the shipwreck. Pi narrates his story but the Japanese officials do not believe him.

Lee, who gave us memorable films as varied as “Sense and Sensibility,” “Crouching Tiger, Hidden Dragon” and “Brokeback Mountain,” has once again come up with a movie unlike any other he has done before.

He effectively puts the audience in the position of Pi, giving viewers the feeling of being marooned in the middle of the ocean carried by a small vessel boarded by animals.

“Life of Pi’s” cinematography and visual effects portray the real drama inflicted by the violent storm on Tsimtsum. It must also be noted that the choreography of the animals, which are moved digitally, produces a very striking spectacle.

The use of magic realism heightens Pi’s maroon-exploits.

Suraj Sharma’s portrayal of Pi, especially in the lifeboat, exhibits both rawness and competence.

Martel’s novel is definitely a survival story full of inspiration and perseverance. It gives lessons of faith, hard work and trust.

The film is almost faithful to the book. But what is missing in the film is the unique friendship between Pi and Parker. But the movie successfully immerses the audience to Pi’s unique situation.