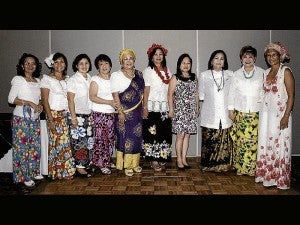 They all came in skirts of colorful floral prints, with dainty white tops. That and much glee made the induction of officers of Cebu Garden Club one of the liveliest events of the season. Perennial blooms, one may call them.

Cebu Garden Club has been in existence for over 50 years. It renews itself on occasions like this one. It’s a bumper year with a crop of new members who more than carry on a torch, will sow more seeds, drizzle them and apply fertilizer.

It’s all part of civic consciousness, so they asked civic leader Tess Chan to be their inducting officer, and she accepted with alacrity. A radiant Norma Sanchez turned over the presidency to Bethilda Smith. There are formidable vice presidents—Carmen Go for external affairs, and past president Linda To for internal affairs.

The rest of the officers are secretaries Vita Macaraya and Susan Montecillo; treasurers Eppie Villegas and Leody Tagorda; and Heditha Florido, aptly named for the post of Sunshine Lady. Watch her beaming. Norma Sanchez remains active, as adviser. 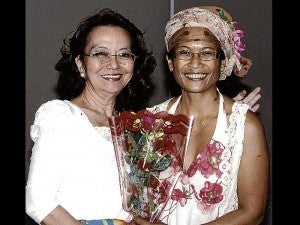 Yoshiaki Hata, counselor and consul of the Japanese Consular Office in Cebu, has been quite busy with a week-long series of activities. First, there was Eiga-Sai, the 2011 Japanese Film Festival held in Cebu at Cinema 4 of Ayala Center. Admission was free to the screening of nine critically acclaimed Japanese films.

The event was to celebrate the Philippines-Japan Friendship Month. Involved were the Japan Foundation, the Embassy of Japan, the Consular Office of Japan in Cebu, the Japanese Association of Cebu, the Japanese Chamber of Commerce in Cebu, as well as Ayala Malls and Ayala Cinemas.

The art of origami was expounded and taught to all those interested in folding paper. There was also a demo on syoda, where participants were taught how to write their names in Japanese calligraphy.

The use of chopsticks came next, and people were not just taught to eat sukiyaki or other Japanese specialties, but to play all manner of games. It reminded some of that childhood game “pick up sticks.” 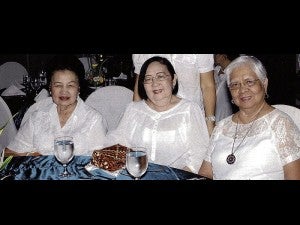 The stately social hall of Cebu Provincial Capitol was an impressive venue for “Rossiya: A Night of Russian Music,” presented by the Embassy of the Russian Federation.

This was in partnership with the Province of Cebu and the National Commission for Culture and the Arts. The occasion was one more event to celebrate 35 years since the Philippines and Russia established diplomatic relations.

Rossiya was formed in 1968 as Russia’s finest ensemble (there are 10) of soloists, one that is both mobile and constantly in operation. This was explained to the press by Armi Lopez Garcia, the Russian Federation’s Honorary Consul in Cebu, and Noe Fuentes, culture and arts officer of the NCCA’s international affairs office.

La Chaine des Rotisseurs’ Baili Delegue for the Philippines Michel Lhuillier and his wife Amparito Llamas Lhuillier, Baili of the Cebu chapter, have announced a colorful fellowship night in Cebu on August 25, a Thursday.

It will be at Plantation Bay Resort and Spa in Mactan Island with a smashing theme: “Rio by the Bay.” General manager Efren Belarmino has mapped out a spectacular program of sambas the Brazilian way for the resort’s dance troupe to perform.

For La Chaine’s members and guests, the requested attire is smart casual, and, please, no shorts, stress Michel and Amparito.