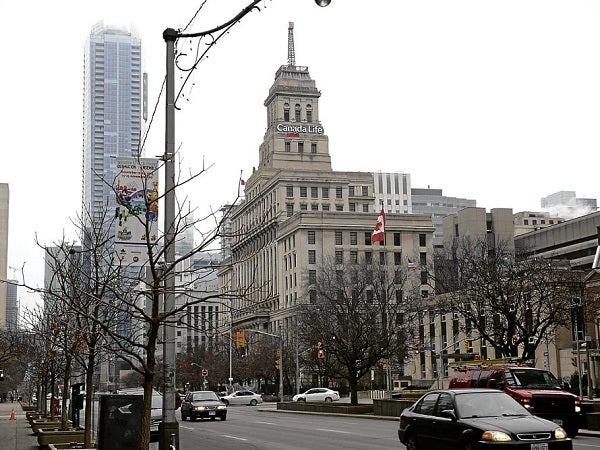 TORONTO is home to the biggest number of Filipinos in Canada.

MANILA, Philippines—The Department of Tourism (DOT) appears closer to its goal of 10 million visitors by end of 2016 after receiving a major boost from the nation’s flag carrier.

Philippine Airlines has begun to make good on its promise of a major network expansion with its recent maiden voyage to Toronto, Canada, a plan that also includes PAL’s return to Europe and the Middle East, thereby opening new gateways into the country.

The nonstop direct service to Canada’s biggest city mark’s PAL’s return to the North American East Coast, its first in 15 years, and eyes a sizable potential market: Toronto has an estimated 200,000 Filipinos, the largest number in the whole of Canada. Canada is the No. 9 source of Philippine visitors, according to the DOT.

There has been much optimism when the Ramon S. Ang-led San Miguel Corp., which injected $500 million into PAL last year, announced its plans to partner with the Lucio Tan group to modernize the airline and thus lift the country’s Category 2 status in order to expand its route to the United States and its territories, and to new international destinations.

The US Federal Aviation Authority downgraded the Philippines to Category 2 status in 2008 after the country failed to comply with safety standards. PAL is working to raise the country’s rating.

On its first flight to Ontario’s capital on Nov. 30, PAL flew its brand-new B777-300, one of its four new Boeing jets, the largest twin-engine extended-range aircraft, said to be “most fuel-efficient,” which can fly nonstop for 14,600 km. Two more B777-300 are expected for delivery this year, according to Felix “Bong” Cruz, PAL’s vice president for marketing support, at the joint press conference with the DOT at Shangri-La Toronto in December.

Each jet costs $290 million, and underscores PAL’s commitment to its customers, Cruz stressed.

Fleet modernization is one of the key points of PAL’s growth strategy under Ang’s management. On top of the new Boeing jets, Ang had also signed with Airbus to acquire 54 A321s and 10 A330s to be delivered beginning this year until 2017, with a total target fleet of 200, Cruz said.

The B777-300 seats 42 in Mabuhay Class (business) and 328 in Fiesta Class (economy). It features fully reclining (flatbed) Recaro seats, the same kind used on Porsche cars, in business class, and wider legroom with the latest Panasonic personal in-flight entertainment system in economy. (In the new jets, the configuration will include premium economy seats, according to Rafael Rollan, officer-in-charge of PAL commercial group.) Because it’s fuel-efficient, Cruz said each B777-300 would save the airline $20 million a year.

Apart from massive fleet modernization and route expansion, PAL is also committed to service innovation, according to Cruz, noting improved in-flight cuisine designed by five top chefs. iPads, preloaded with magazines and newspapers and other entertainment, will also soon be available onboard, and for a fee to economy passengers. Filipino travelers can now also book their PAL tickets online and pay cash at Petron stations and 7-Eleven, a service provided for flyers who are leery about using credit cards online.

The 15-hour nonstop flight from Manila to Toronto’s Pearson International Airport aims to give greater convenience for travelers, especially seniors, who typically spend hours on layovers. Apart from balikbayans, PAL is also hoping to attract those traveling from Toronto to Hong Kong and Ho Chi

Mihn, highlighting easy connections with its regional and domestic destinations.

The return service from Toronto makes a stop in Vancouver “because we can’t fly direct to Manila due to head winds,” Cruz explained. PAL currently flies three times a week to Toronto (Wednesday, Friday and Sunday), and is expected to increase frequency this quarter. (For bookings, visit www.philippineairlines.com.) Cruz maintained that PAL offers competitive fares even as it puts premium on its one-plane direct service.

This year, PAL will also soon be flying to Darwin in Australia. Asia’s first airline aims to fly nonstop to New York, London, Paris, Frankfurt, and Rome in the near future.

The Philippines received some four million tourists last year, and by end of October, 86,000 of those came from Canada. The DOT is targeting 155,000 Canadian visitors by end of 2013, owing to the new PAL service. Nearly half of arrivals from Canada are balikbayans. Tourism growth, however, is seen not just on Filipino-Canadians but also on mainstream tourists, according to Tourism Assistant Secretary

“These are Irish, British, Italians, the French in Quebec. Most travel to Europe but there’s growing interest in Asia,” Bengzon said. Right now, Canadian tourists are going to China, Japan and Hong Kong, “but we leverage the warmth of the Philippines,” he added. “We speak English, and our culture is diverse.”

Tourism is the Philippines’ fourth top dollar earner, which should explain its priority status with the Aquino administration, said Tourism Undersecretary Daniel Corpuz.

“Tourism is a labor-intensive industry. For every hotel room built, two direct jobs are created,” Corpuz noted. With new hotels and resorts, as well as malls with convention centers, being built around the country, “by 2016, we’re looking at 6.8 million jobs created, up from 3.6 million existing jobs in the tourism and transport sectors,” he said.

DOT is diversifying its product offerings: from 70 percent beach holidays in the past three years, it’s expanding into meetings and conventions; health and wellness or medical tourism; and shopping and entertainment.

“We’re also improving market accessibility, connectivity and transport,” Corpuz said, emphasizing the significance of PAL’s expansion program into this. He also underlined the need to fast-track the improvement of airports and seaports.

“Ninety percent of Philippine visitors travel by air, and only 1 percent by cruise ships,” Bengzon pointed out. “Unlike other Asian countries, we don’t enjoy cross-border travel.”

Corpuz said the DOT is working with the Department of Foreign Affairs to ease travel formalities via a visa-upon-arrival scheme, targeted to commence this year, with priority for its large-volume markets, China and India.

But the DOT can’t do it all on its own.

It’s also counting on Filipinos to take part in the country’s promotion efforts—“inclusive approach,” they call it—pointing out how the “It’s More Fun in the Philippines” campaign started with only five versions when it rolled out in social media in January last year. It has spawned 50,000 versions, Bengzon said.

“Yes, we want people to help us define the ‘fun’ in the Philippines.”