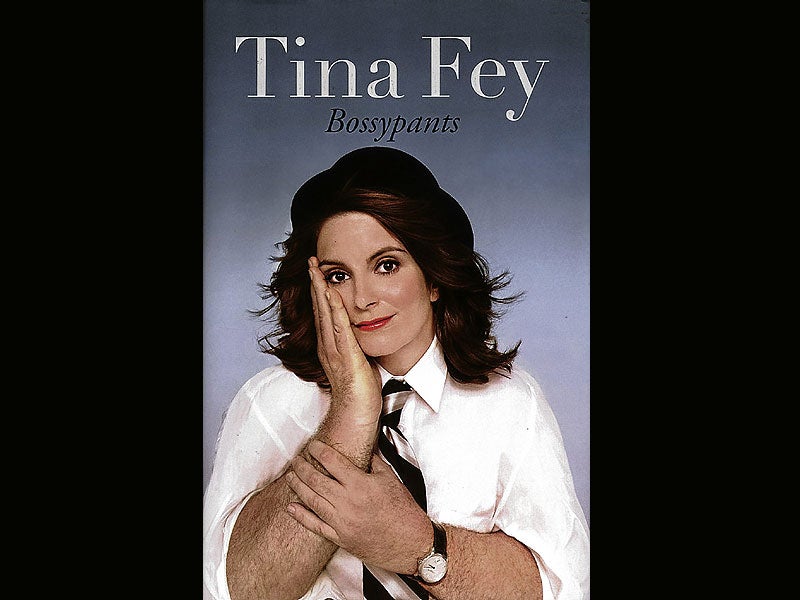 How Tina Fey ended up as Sarah Palin You know your impersonation of someone has gotten so good when people mistake you for the real deal.

Six weeks into playing Sarah Palin on “Saturday Night Live,” in 2008, a French newspaper ran a photo of Tina Fey with Amy Poehler from a sketch where they play Palin and journalist Katie Couric, and mistakenly identified the comedians as Palin and Couric. At the time, millions around the world had watched Fey’s impersonation of the then Alaska governor on TV and YouTube.

But in her best-selling memoir  “Bossypants” (Reagan Arthur Books/Little, Brown and Company; April 2011), Fey reveals Palin was a job she very reluctantly wanted   to play. When the task fell on her lap, “30 Rock” was already enjoying an unprecedented critical success, and also prepping for its third season.

Everyone—including her own husband, and even actor Robert de Niro—went on and on about how uncanny Fey’s physical similarities with the US vice presidential candidate were, and wondered when she would play her on “SNL.” (Oh, to Fey’s chagrin, didn’t people notice she no longer worked on “SNL”?) She discussed it with Lorne Michaels, her former “SNL” boss, and both had reservations. For one, Fey underestimated her ability to do impressions.

“The closest I ever came to looking like anyone else was when they tried to dress me up like a bearded lady from the circus and I looked just like my brother,” she writes.

Of course, the ratings game won over and Michaels would soon push for it. It was set for “SNL’s” season premiere.

Then the conundrum: “SNL” was set to go on air on the same weekend Oprah Winfrey was to tape for “30 Rock,” a guesting that the show very much needed to attract a wider audience. (Critical and commercial success are two different things.) It was also Fey’s daughter’s third birthday on the same weekend.

To cut the story short, Fey got Oprah on “30 Rock,” her daughter’s pirate-theme birthday party was a success, and the comedienne would impersonate Palin for several weeks to come—and be called names and cheered for it at the same time.

Though that’s not even half of Fey’s story.

Born in 1970 in Pennsylvania, Fey started out in a Chicago improv comedy group before moving to New York City and landing a writing job in the comedy institution “SNL,” which has produced the likes of Will Ferrell, Billy Crystal, Conan O’Brien, John Belushi, Dan Aykroyd. She graduated to doing the “Weekend Update” segment with Jimmy Fallon, and later becoming head writer.

Shortly after giving birth to her daughter, she left “SNL” to create “30 Rock.”

“Bossypants” is a reflective, tongue-in-cheek funny account of the life of a comedy writer. Tina Fey’s voice is resonant in her writing. You have to be made of rock not to laugh at least once while reading her book.

Her quirky Liz Lemon might exasperate you, her “Sarah Palin” might even annoy you, but it’s hard to dislike Fey the writer-storyteller: She’s at her best being Fey, speaking Fey.