Doing Us Proud in the Arts | Inquirer Lifestyle ❮ ❯ 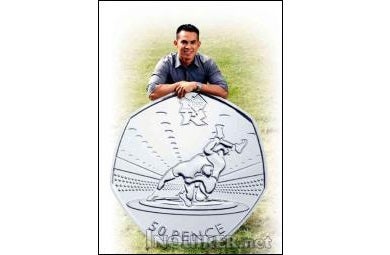 Doing Us Proud in the Arts 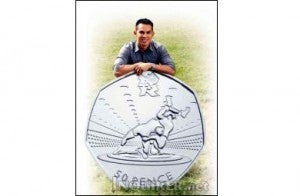 IN RECENT years, Filipinos have been getting recognition around the world in the field of entertainment and sports.  The likes of Charice, Manny Pacquiao, Nonito Donaire and Arnel Pineda have proudly waved the Filipino flag on the world’s stage and in boxing rings.  But other Filipinos have also been quietly gathering acclaim in the art world.

Roderick Enriquez and Donna Eleinne Basa may not be as widely-known as those personalities above, but they too have been reaping rewards for their talents and performances in the United States and in Europe.

Roderick, a Filipino art director based in London, was one of the winners of the design competition organized by the Royal Mint.  The Royal Mint launched this national competition in celebration of the 2012 Olympic and Paralympic Games that London will be hosting.

Out of almost 30,000 designs, only 29 were selected, each representing one of the 29 Olympic and Paralympic events.  The winning designs had to be approved by the Treasury and Her Majesty, The Queen herself.  Roderick’s winning design represented Wrestling.

Roderick was born and raised in Zamboanga City.  He moved to Manila for college and graduated with a Bachelor of Arts degree in Advertising from the University of Santo Tomas in 1993.  In 1997, Roderick decided to move to the UK to obtain his masters degree, only to be told after his interview at the Royal College of Arts, that they wouldn’t credit his BA from the Philippines.  Rather than let this obstacle derail him, Roderick decided to take another BA in Graphics and Media Design at the London College of Communication, part of the Universities of the Fine Arts London.  Even then, it was already clear to Roderick that he would pursue a career in advertising.

After acquiring his second college degree, Roderick considered staying in school for his Master’s, but as he says, “I decided to abandon the idea of going for an MA and instead put out my CV for a permanent job.”

And thus began his immersion in the British Advertising industry, a task that isn’t as easy as it sounds. “It was such a steep learning curve for me as a person. I had gone to the best university in the world for a Graphic Design course.  But working in the real world was of course daunting and it was shockingly different.”

Slowly, Roderick made his mark in the advertising world.  He worked on projects for such accounts as Nokia, Palm and Starbucks UK. In 2008 he joined CMC Markets, a London trading company, as an in-house Senior Application and Platform Designer.

“It is something that involves me in designing one’s journey as a user and to create a more excitable and user-friendly experience in using an application through a mobile device such as a multimedia-enabled smartphone, laptop, desktop computer or a tablet computer like iPad,” Roderick  explains. “It is very different from my past advertising life that often involved celebrities and location photoshoots.”

Before deciding to settle in London, Roderick explored the country which would eventually become his home.   “I just wanted to get to know more about the British culture and its people,” he recalls.

But it wasn’t always easy. “Being a student in London, you live a bargain life,” he claims.  And the weather didn’t help either, “Though I had enough on my plate on a daily basis to keep me busy, the winter was still killing me emotionally.”  This adjustment to life in the UK brought back memories of his youth, “Those very moments reminded me of the time I had just arrived in Manila from Zamboanga – scared yet excited to find out what’s next in store for my life and career.”

Roderick’s openness and willingness to embrace a new culture and way of life might have helped him overcome the challenges of living thousands of miles away from the Philippines.

Throughout his life, Roderick has always had a competitive streak.   “Even as a student in the Philippines, I loved to join design competitions. I guess it’s something that helps me reignite my creative juices.”

But he set that competitive spirit aside during his first few years in his new home until he joined the competition launched by the Royal Mint, “It was when I realized that I have lived here for 11 years that I felt the need to establish myself in London as a British-Filipino Graphic Designer one way or another,” he explains. “I wanted to make sure that I would be successful in this competition, something that my native country, the Philippines, can be proud of.”

And, the rest, as they say is history.

In 2009, Roderick decided to join the public competition for designs of the 50-pence coin to commemorate the London 2012 Olympic and Paralympic Games. He explains, “The designs were judged on the basis of originality and creativity, and on how well they communicate the sport.” His entry for Wrestling was chosen by a panel of judges that included representatives from the Royal Mint and the London 2012 and International Olympic Committee.”

The winning designs will be publicly circulated in 2011.  Along with a cash prize, the designs will also be added to the Royal Mint’s private museum collection and will be displayed permanently at the British National Museum – quite an honor indeed for this Zamboanga native.

“I couldn’t stop thinking how proud I should feel especially as a native born Filipino!”

And though he has garnered success in London, the Philippines is still very much in Roderick’s heart. “I will be very honored if given the chance to apply the design skills that I’ve learned and developed over the years for the betterment of the Philippines,” he says.

Donna Eleinne Basa may not be a household name in the local art circles, but for the past few years, she has been making her mark in the art world in the United States.

Eleinne was born in Manila and grew up in Quezon City.  She graduated from the Ateneo de Manila University with a degree in Psychology, but art was always her first love.

Her parents had always been very supportive of her art, she recalls, and had enrolled her at the Children’s Museum and Library when she was only seven.  It was during this time that she learned the fundamentals of light and shadow and the use of different media, from charcoal to oil.   “I studied under Fernando Sena since I was only 7, until early high school.”

Eleinne describes herself as a traditional representative artist who paints landscapes in oil.  “I paint in the tradition of the 19th century realists like Luna, Hidalgo and Amorsolo.  I like to go outdoors to paint and bring that information back to the studio to create my landscape paintings.”

Eleinne moved to the United States in 1994.  “I travelled as a dependent of my husband who had been transferred to the US.”

Though her art was always a part of her life, Eleinne didn’t always see it as a means of livelihood. “I first did work for family, friends, friends of my husband or co-workers who would commission me to do small paintings as gifts.”

But soon, she decided to take her art to another level.   “Progress really began when I started to join an outdoor painting group and participated in ‘Plein Air’ competitions or events.  I won two awards in the very first one I joined.”

Taking part in these events also introduced Eleinne to other artists who helped her. “I met artists who guided and showed me what competitions are worth joining and what events to strive to get into,” she said.

Since then, Eleinne has eventually found her place in the American art scene. Her work is now part of the permanent collection of the Art Museum in Maryland. She also received the Best in Show award in 2010 in the Wayne Pennsylvania Plein Air Event. “I am also proud to be included in several prestigious events like the CM Russell Auctions, including their ‘Masters in Miniature’ show in 2010 and in the 2009 Maynard Dixon Country Event where I was invited as Guest Artist.”

The Maynard Dixon Show is one of the top shows in the US that showcases the country’s best landscape painters.

Quite a feat indeed for this devoted wife and mother of two.

Aside from garnering critical acclaim, her paintings have also been purchased by art lovers for impressive sums.  Her work sells anywhere from $900 to over $8,000 depending on the size.

Currently, Eleinne’s works can be seen in galleries throughout New York and New Jersey.  Her paintings will also be part of the 2011 Western Master’s Art Show and Sale in Montana and the CM Russell Museum auction also in Montana.

But despite all the success that Eleinne has achieved, she won’t rest on her laurels. Next on her agenda is relocating to Colorado or North Carolina for more inspiration, “I plan to move closer to landscapes that inspire me and to make it easier for me to travel to events and shows that have been successful for me.”

And she won’t stop there. “I am always striving to reach the top and constantly studying art.  I am forever a student and seek mastery in what I do.  My goal is to be able to be the best I can be and be able to support myself and my family thru my art.”

Roderick and Eleinne have quietly made their mark in their own fields in the international scene.  It’s time that they are also recognized as part of the growing list of Pinoys who are making the world their canvas and creating their own bright future. •