Bringing ballet out of the box–and to the people | Lifestyle.INQ ❮ ❯ Bringing ballet out of the box–and to the people 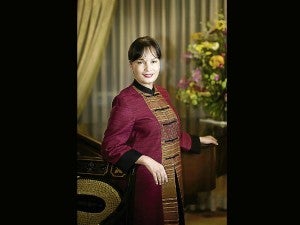 It may not be as popular as hip-hop, but ballet, assures Margie Moran Floirendo, remains very much alive and in demand. As president of the long-standing premier dance company Ballet Philippines (BP) for three years, Floirendo has been instrumental in keeping the classical dance form in the consciousness of Filipinos.

That’s a tough assignment when your competition ranges from more accessible forms of entertainment like TV, movies, cable and video games, to more pressing concerns (think education, poverty  and the environment).

Nevertheless, Floirendo has managed to make 2010 a very productive year for the company. Aiming for technical excellence as BP approached its 41st season, the company’s hands-on president raised funds for BP principal dancer Candice Adea and dance partner Jean Marc Cordero to prepare for and participate in the USA International Ballet Competition in Jackson, Mississippi, last June, a prestigious event akin to the Olympic Games.

It seemed a long shot for two Filipinos in a field of 119 global contestants, but in the end, the talent was undeniable: Cordero reached the semi-final category of his division, and Adea bagged a silver medal in the senior division, the only Filipinos ever to have done so in the history of the competition.

Months later, the company flew in veteran choreographer and dance master William Morgan, a familiar name and face, having joined BP in the early ’80s. Pivotal in the development and elevated standards of BP when Alice Reyes was at the helm, Morgan was the logical choice for polishing the dance company for its 41st concert season and September gala.

Of course, Floirendo didn’t only push for technical excellence from BP’s dancers. For “Peter Pan,” she had a “flying machine” brought in from Australia, and enlisted the expertise of eight mountaineers to assist with the pulleys and rappels. The goal, she says, was not just to make Peter Pan “fly,” but to let him soar across the audience.

While the ceiling of the Cultural Center of the Philippines only allowed the principal character to fly immediately above the first several rows, crowds certainly appreciated this added dimension.

Incidentally, Floirendo, who played Peter Pan herself when she was a dancer for Conching Sunico at Karilagan, made a comeback of sorts for this ballet: One of several celebrity “storytellers,” she alternated narrating the adventures of the boy who refused to grow up with the likes of movie star Piolo Pascual, “eventologist” Tim Yap, and interior designer and Inquirer columnist Tessa Prieto Valdes. 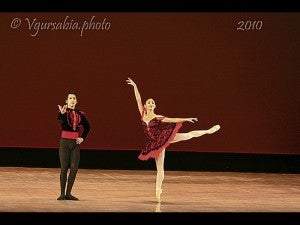 Indeed, it’s Floirendo’s apparent flair for out-of-the-box ideas that keeps BP fresh and interesting to would-be supporters. Many aspiring dancers benefited from the funds raised in an Art Auction held last October, an event that saw the participation of some 60 well-known visual artists and sculptors.

Of course, everyone’s still talking about Ballet Barbie, a genius fundraiser featuring 40 Filipino fashion designers and their signature creations for the iconic doll. Interestingly, the idea came from Floirendo herself, a Barbie fan whose modest collection includes one wearing vintage Bob Mackie, and her latest, a Barbie sporting fashion by Christian Louboutin.

“I was quite surprised,” says Floirendo at the overwhelming response from designers, media and the public. “I didn’t realize there were so many collectors!”

This year, Floirendo’s objective for BP’s 42nd season is “to fill up theater seats” and make as many people see the ballet as possible. An interesting lineup of shows promises a packed house with every presentation. In celebration of the 100th year of International Women’s Day, the company brings to the stage four ballets with strong female roles, a perfect vehicle for BP to showcase its own talented roster of ballerinas.

The season begins with “Encantada” (Aug. 12-14, CCP Main Theater), a Spanish colonial era-set story about the consequences of man’s destruction of nature.

The country’s top fashion designers, meanwhile, have been tapped to dress the dancers of “Inamorata” (Sept. 23-25), a modern take on well-loved classics like “Harlequinade.” Audiences can look forward to new choreography and contemporary pieces performed by the likes of Andrew Fernando and Camille Lopez-Molina.

A live full orchestra and an international guest artist dancing with our very own ballerinas are the attractions of “The Sleeping Beauty” (Dec. 2-11). Set to the music of Tchaikovsky, this enchanting Christmas offering from BP includes a special matinee version for children.

The season closes with “Wagas” (February 2011), a contemporary ballet co-produced with the city of Mandaluyong about the eternal love between the humble carpenter Luyong and the tribal princess Manda.

Bringing ballet to the people is also a big help: Lowering ticket prices and holding excerpts of the shows in the malls have not only made ballet more accessible, it’s made it less intimidating to the average Filipino.

Floirendo smiles when she recalls Share-A-Magic, a program designed to uplift the spirits of public school children traumatized by the devastation left by Tropical Storm “Ondoy.”

Through generous patrons’ funds, she raised enough money to transport the kids to and from their school and the CCP to watch a children’s ballet. The kids were also fed a packed lunch and later met with the dancers.

Floirendo, who is best known for winning the Miss Universe beauty pageant in 1973, was on holiday in London when she was called (or as she jokingly put it, “coerced”) to take on the post of BP president—a responsibility more than a job, she admits, as she doesn’t get paid for her efforts.