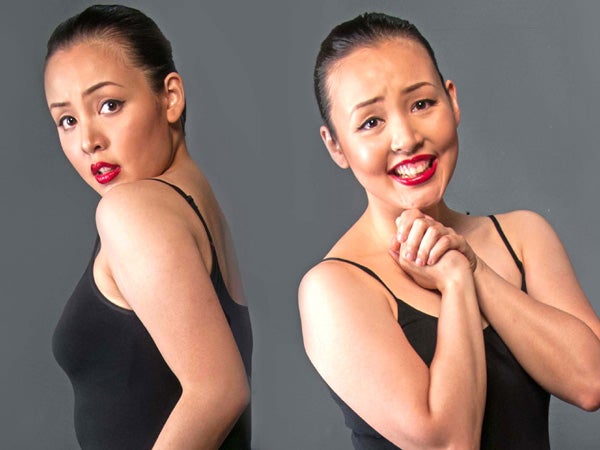 MANILA, Philippines—Cris Villonco’s acting credentials are impressive for someone of her age. Barely 30 and this young woman has two Philstage Gawad Buhay! Best Actress Awards under her belt, and has had more than 30 productions with some of the leading Filipino theater companies.

Villonco is also known for being the star of numerous musicals such as “Sound of Music” as Maria Rainer, “Les Miserables” as Eponine, “Noli Me Tangere the Musical” as Maria Clara and “Jekyll and Hyde” as Emma Carew.

Set during the ‘decline’ of the golden age of Philippine Cinema, “D Wonder Twins of Boac” is the story of two aspiring talents from Marinduque, twins named Viola (Cris Villonco) and Bastian (Chrome Cosio), who were separated in an unfortunate shipwreck going to Manila. Driven by her dream to make it to showbiz and believing her brother to be dead, Viola disguises herself as a boy and auditions to become the ‘Elvis’ of Campanilla Pictures owned by Doc Orsino (essayed by Bodjie Pascua, alternating with Lex Marcos). Doc Orsino hires Viola (now guised as Ceasar) but eventually becomes his boy friday.

Eventually, her disguise causes numerous complications when she falls in love with Doc Orsino, while Donya Olivia (Shamaine Buencamino), the unresponsive object of the Doc Orsino and owner of BLV Studios, falls madly in love with her.

On cross-dressing and crossing over

This being her first production with Peta, Villonco feels fortunate to have another opportunity to work with a new set of actors on stage.

Villonco points out the advantages of having crossover artists, stating that “different theater companies have different methods and philosophies of acting so it’s really interesting nowadays to watch a show where somebody’s from Tanghalang Pilipino, someone’s from Repertory Philippines, Trumpets, or Atlantis.”

“The challenge for me is to work with a new set of people every time. It’s challenging and yet it’s also such an advantage because everyone has something different to bring to the table. But then again it’s also nice to be with people that you know because you kind of know how they will do things,” says Villonco.

As Viola/Ceasar in the play, Villonco shares several scenes with Shamaine Buencamino (as Donya Olivia) who she considers as one of the great theater actors today. “I’ve also never worked with Shamaine and it’s a challenge because I know that she’s such a great actress and I’m a little nervous”, says Villonco.

Playing dual roles as girl turned boy probinsyana from Marinduque in the late 1960’s, Cris admits that she is still in the process of refining her role as Viola and Ceasar.

“Now that we’re going through rehearsals, I am getting into the flow of things. I’m trying to roughen up my tagalog and trying to acquire an accent to make it authentic. Strangely enough, I have relatives from Marinduque and I am related to the people who used to be involved in LVN (now BLV in the play). It’s now more about research, of how different celebrities were like at that time, and also just the manners and language patterns.”

Villonco also shares her thoughts on her male character Ceasar: “We are also discussing what approach to be Ceasar. We are going into the direction of innocent with a touch of femininity like Gwyneth Paltrow in Shakespeare in Love.”

Another new experience for Villonco is performing in an arena stage. Lex Marcos, the play’s production designer has devised four circular platforms which serve as the stage of the play, giving the audience, a 360 degree view of the actors on stage.