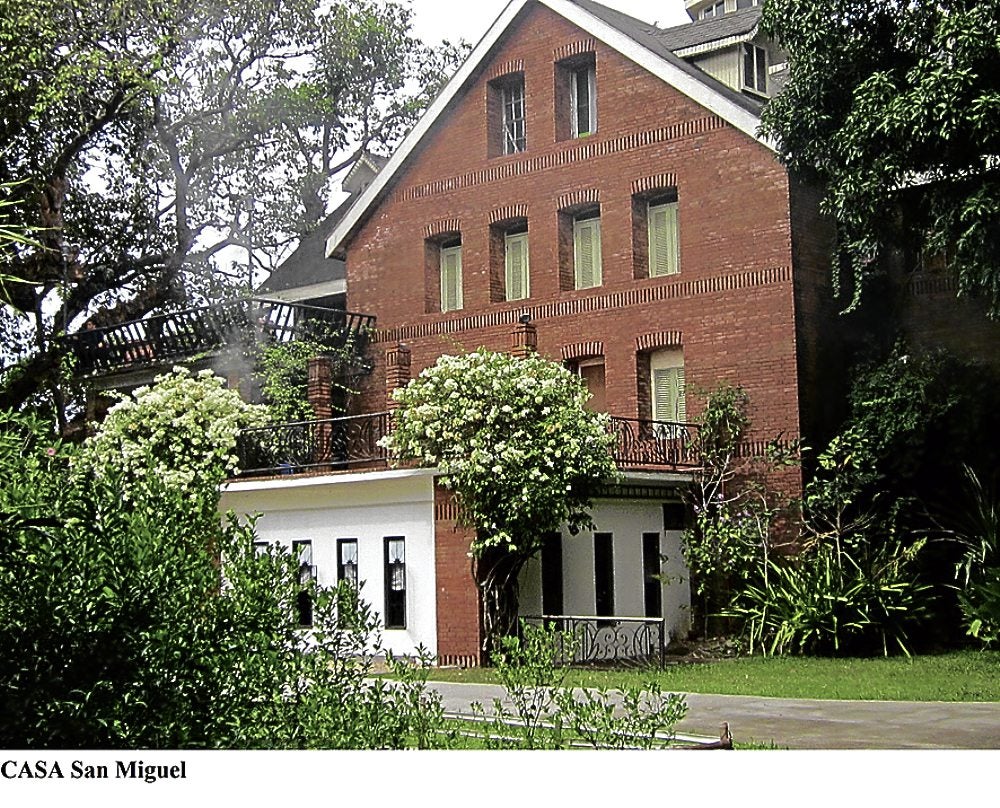 The recent inauguration of the Museum of Community Heritage at Casa San Miguel—that haven for the arts in San Antonio, Zambales—turned out to be a celebration of Philippine music, dance, visual art, and even cuisine and eco-tourism.

The lord of the manor is eminent violinist Alfonso “Coke” Bolipata ([email protected]).

There was folk-dancing under the stars and the buffet table groaned with succulent Filipino dishes like sugpo, lechon, kangkong, adobong pusit, crispy pata, ensaladang talong, pako (salad), inihaw na isda, mango bibingka with chocolate dip, and so forth.

Also opening that day was a solo show, by young artist Jazel Kristin, of mixed-media works on wood, mini-sculptures playful and whimsical, of flora and fauna, still life, temples and innovative figures in gaudy, colorful costumes.

During the concert, a large screen showed achingly beautiful World Heritage sites in the country: Tubbataha Reef in Palawan, baroque churches in Ilocos and Iloilo, Banaue Rice Terraces and Puerto Princesa Underground River. The soundtrack was music by Bolipata, with a triumphant choral ode in Tagalog.

One’s favorite art form (along with music, of course)—literature—was “represented” by a mini-library owned by Coke and the Bolipata family; and neatly arranged on one table were works by literary icons like Shakespeare, Dostoyevsky and Jane Austen.

There was mango wine—a product of Zambales—but this was only for the ribbon-cutting ceremonies and for the toasts of the VIP guests. But Inquirer photographer Jim Guiao Punzalan invoked the power of media and was given one, which was sweet and heady.

The Museo begins with a history of Zambales. We read the text and saw the displays: coral reefs (immersed aquarium-style); ceramics; fishing implements; a fisherman’s exhibit, “Lambat Buhay” (a tribute to the deep-sea fishing net); modules on the indigenous Aytas and on folk tales; and photos of coastal images.

Swirling above were mobile sculptures on painted plywood, a child’s delight, of a butanding (whale shark), a young fisherman on a boat with his catch and the young Maria Makiling.

The Museum of Community Heritage, still evolving, is a paean to Zambales and its history, indigenous peoples, fisherfolk and marine life. One’s immediate impression is that it is a museum mounted by young minds which will appeal to the young.