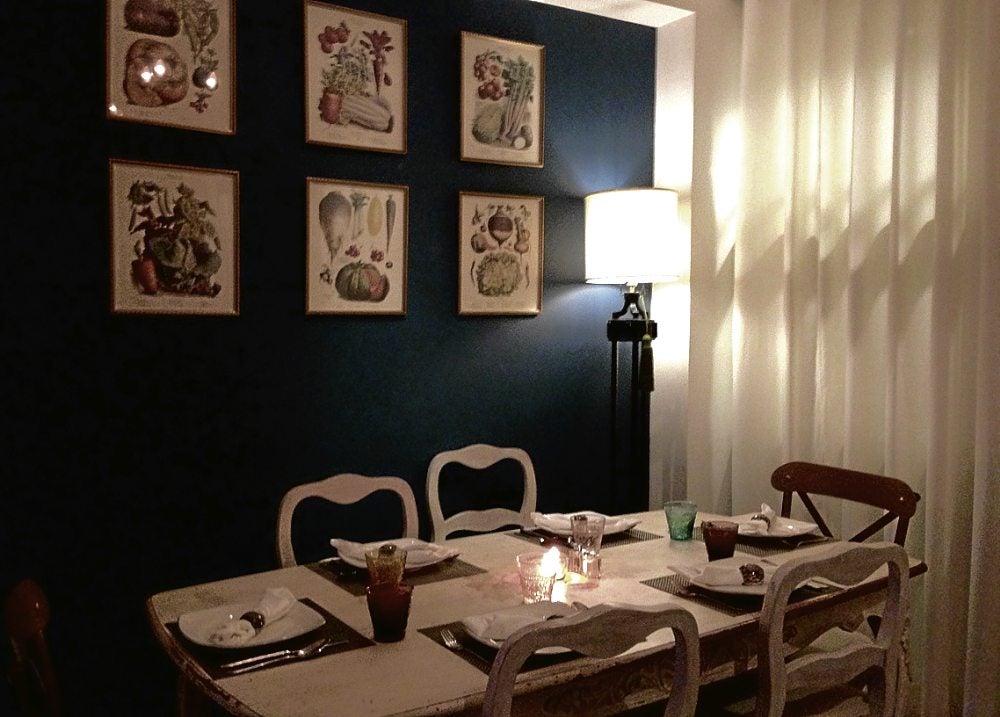 It’s difficult to say which is more worthy of opprobrium, pretentiousness and acting more sophisticated than one really is, or pretending to be more naïve than one actually is.

The former can make one cringe and bite one’s nails, but then really, who doesn’t want to be more glamorous, worldly and knowledgeable than one actually is? It’s every snob’s delight to show up a poseur. The latter, on the other hand, is much more complex and must be taken on a case-to-case basis.

It is, though, what I suspect is happening at the new restaurant Atelier 317, which comes with the unofficial subtitle “Stephanie Zubiri’s restaurant.” It would be otherwise difficult to muster the attention for a small bistro serving Filipino and international dishes on a side-street behind Rockwell, but because she’s who she is and has clearly marked the restaurant as being her brainchild, it’s immediately assumed to be glamorous and chic and sophisticated and a little bit intimidating, rather like her. Except that it isn’t. It’s informal and simple and unassuming. Which isn’t necessarily a bad thing.

Just to be perfectly clear, I’m very glad that Ms Zubiri, who has worn hats on both sides of the fence both as a magazine editor and now as a proprietor, is in the restaurant business. The food business has too many people rather like me in it: pot-bellied and cantankerous, jaded and spent, dour and fussy and full of niggles and complaints, so a bright young thing brimming with a wide gleaming smile that can charm and disarm has a unique opportunity in the business: the ability to do anything.

And thus the puzzle of the low-key but otherwise excellent Atelier 317. It does take tremendous courage to place yourself in the form of a restaurant for the world to judge, and any chef who puts her name to a restaurant, either literally or in the form of an instigator or imprimatur. I feel that Ms Zubiri has the clout and the resources to do something wildly ambitious, and that she could have, but the restaurant plays it safe. It plays it down. The interiors are charming and cozy, well-lit, absolutely tasteful, but very low-key.

The food was perfectly acceptable: molo soup that purportedly had foie gras in it (I couldn’t taste the foie gras, which was not at all unexpected at that price point, but it was otherwise excellent molo soup), a nice home-style pumpkin soup; grilled lamb was perfectly cooked and seasoned but just a little stringy, a problem with the Antipodean lamb that’s usually supplied to restaurants here. A fish dish whose name I can’t remember was like shepherd’s pie with fish rather than mince, served in a terrine.

It was almost all very safe, unimposing, classic-with-a-twist stuff, largely Filipino with a northern Mediterranean lilt. The wine list was short and full of reasonably priced wines; the one we ordered was tinny and acrid so we sent it back; the maître d’ graciously replaced it with another (much better) at no extra charge. But the personal touches, the luxe, volupté and refinement that everyone whispered about when she was at her secret-but-not reservations-only restaurant at Palm Village, are missing from the scene.

Many of the off-notes, like the sub-par lamb, could have been improved by using a much more expensive cut and source, which would have driven the price up. But I would have paid for it, as would have most of the clientele there that night, I feel.

The meal we had was, on the whole, a pleasant experience, just a little on the side of expensive; but it’s within sight of the Rockwell Towers, so one doesn’t expect bargains around those parts. And I’ve always made it a point to champion small independent restaurants that serve unpretentious food, so why am I mildly disgruntled? Because while it’s not pretentious, it’s pretending to be something that it’s not. It’s dressed-down and accessible but it shouldn’t be. It’s homey but one doesn’t feel that it’s how she would eat at home. I wouldn’t know, though; I’ve never met Stephanie Zubiri, much less eaten at her home.

In the end, it’s unfair to judge a restaurant on anything other than its own intentions, and in this sense Atelier 317 succeeds; and I welcome this new addition as a cozy alternative to the packed and over-commercialized Rockwell restaurant scene. But I don’t think it’s Stephanie Zubiri’s restaurant; at least not yet. One day though, we hope, it will be.