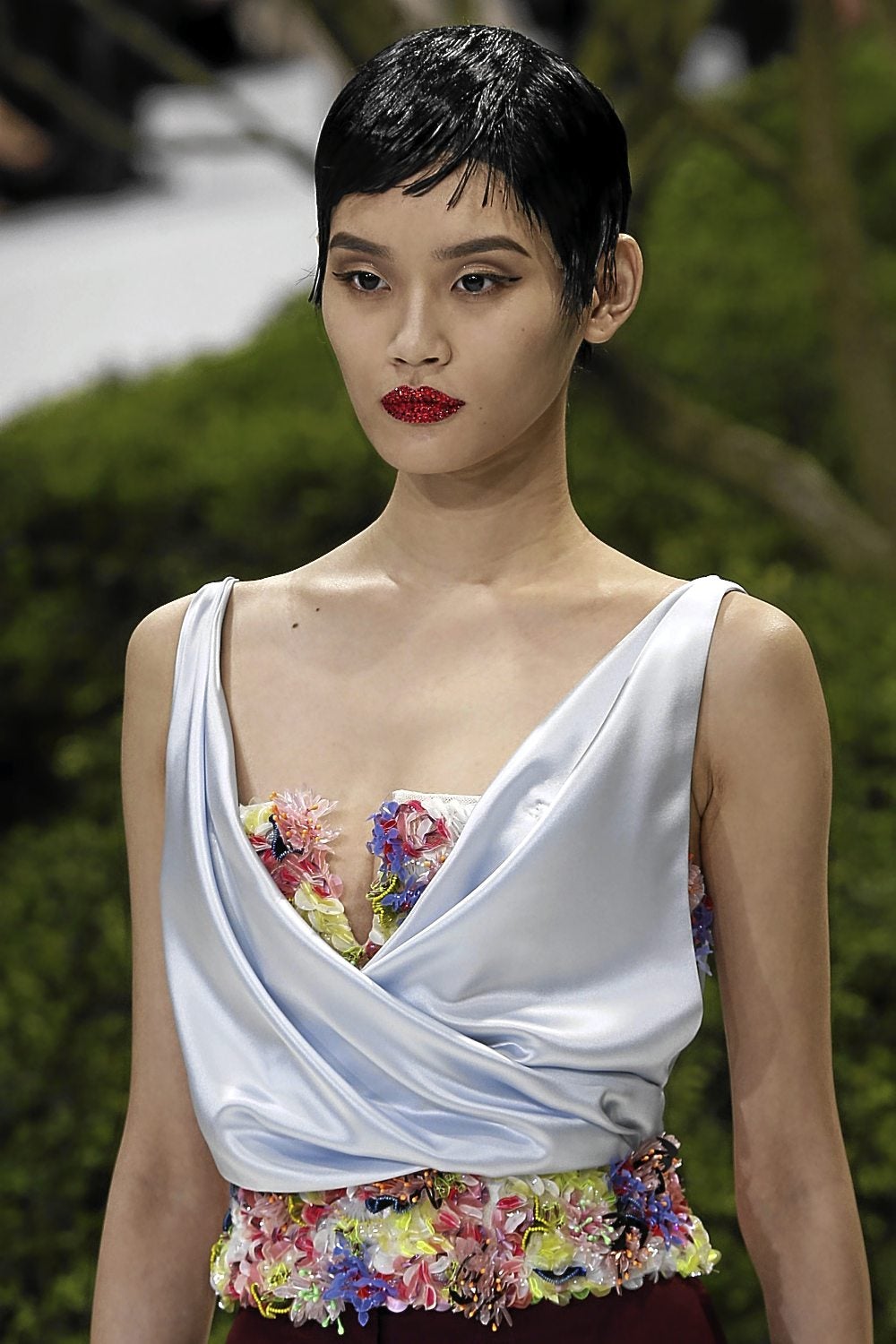 Raf Simons rises to the challenge at Dior

Chanel was ugly, Giambattista Valli was uglier and Alexis Mabille was ugliest. But at Dior, Raf Simons’ second couture collection was the most beautiful. It is Haute Couture Week in Paris, and out of only five fashion shows, Dior’s  was a knockout triumph.

Bespoke daywear and youth-drenched original designs sizzled with sexy femininity in pastels and black, just in time for Spring 2013. Yet, they managed to reference the heritage of the luxury brand from the mid-20th century, when Dior ruled the world.

The other couturiers offered tired concoctions that looked better when their mothers wore them in the ’60s. Like a grandmother, couture should inspire her “grandchildren” named ready-to-wear. Instead, the sad state of couture today is a dying, uninspired affair. Only a handful of players show in Paris twice yearly—Armani Privé, Jean Paul Gaultier, Valli, Valentino and Dior, whose fragrant, sharp and crisp creations we show today.

Raf Simons at Dior can rejuvenate and actually change the archaic notions of haute couture, just like house founder Christian Dior did in 1947 with his New Look. High fashion must enter the new century, offering its elite, exclusive clientele the pricey privilege of wearing a labor-intensive one-of-a-kind dress, made to order. We mere mortals can only study the designs and attitude, from the short cropped hair to the pointy satin shoes.

Note the quiet details that are bringing sexy back in a class act of a suit. “You can instantly spot a Chanel woman, so I want to develop the Dior woman,” said Raf Simons right after the show. I guess after a decade of delirious, excessive and costumey John Galliano, it’s time to start spare and bare.

This intimate, minimal look of Raf Simons may just start a new dawn of couture that is worn every day.

I am fascinated to see Simons’ continued evolution at Dior; I faithfully followed his tenure at Jil Sander for eight years. This time around, there’s more time to study and refine the codes established by Dior himself, and Simons rose quietly and elegantly to the challenge of reinterpreting Dior’s bravura signatures, such as those dramatic seasonal changes of “line,” the refinement and sophistication of technique (some of them Victorian revivals), and the lavish fabrications and embellishments—in a way that remains potent and enticing for a 21st-century woman.