How to make a slum | Lifestyle.INQ ❮ ❯ 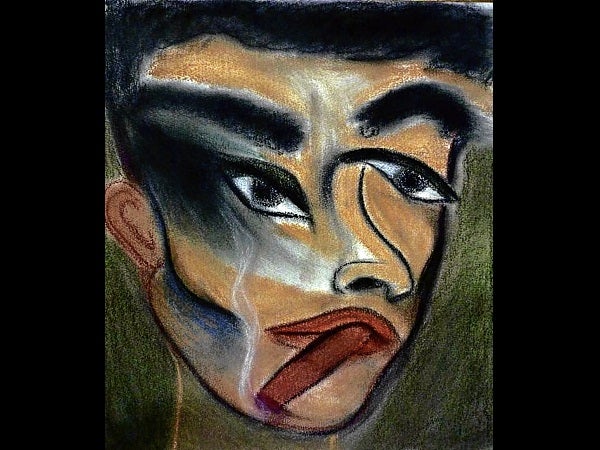 How to make a slum

When I first saw our Panay Avenue lot, it was a tangle of talahib and sunflowers. My boyfriend, who eventually became my mister, brought me there to see whether I liked it. I nearly cried. Panay was then a narrow, stony, unpaved street. But it had the promise of the “Ave.” appended to it, and I clung to that.

We built a house and moved in when we had our third child in 1959. A santol tree groaning with small, sweet fruit stood by the gate. There were maya and crickets, a colony of fruit bats and a smattering of fireflies, now all gone. We had few neighbors.

Panay was classified “residential,” but one day the neighborhood got notified that it would become “semi-commercial.” In 1970, Capitol Medical Center, the hospital at the corner, was put up. Little did we guess that its street (that bisected ours) would become a daily bottleneck. In exchange, however, the roads around had been paved, which kept us content.

By the way, our street is named Panay because there used to be a Cebu Avenue and a Bohol. But Cebu was renamed Mother Ignacia Avenue after the founder of the RVM congregation whose school is located on it, and Bohol became Lopez Avenue when ABS-CBN opened its studios there. We remained a puzzling stand-alone Panay.

A big chunk of real estate facing us in Panay belongs to the government. One day an idea inspired whomever. They built a low structure for a planned “Superpalengke,” a people’s cooperative meant to be a “bagsakan,” an outlet for fresh produce from the provinces. A capital idea! Except that someone forgot to implement the entry of the promised foods! And so, as most government cooperatives go, it went.

Bankrupt, Superpalengke decided to rent out the rather nice one-story structure to Glori Supermarket. But the new tenant was not serious about being a grocery. It carried skimpy and unimaginative stock. Customers still went to the old Chinese grocery at the corner.

Glori’s owner decided to divide and subdivide the floor space into little stalls and become a landlord instead. Aside from groceries, the Glori stalls then carried, my cook remembers,  “hikaw, kwintas, bracelet, singsing,” also dusters and ready-made clothes. A small canteen sold “pansit, hotdog, mamon, Sarsi.”

On the periphery was an optical shop, a dentist, a rice retailer, pay phone, shoe repair and shoe shine. It became seedier and seedier until…

One dawn, we felt an intense heat coming from outside— Glori was on fire! It was damaged beyond repair. When the area was cleared, I don’t know if it was the next lesee’s bright idea or the government’s own, but the empty lot became a jeepney terminal! We were now sandwiched between bottlenecks fore and aft, with carburetor smoke in between.

Next big chapter in our life— Panay was widened! Progress, at last, we thought. But then the additional road space, subtracted from properties on either side, only became free parking on both sides for all and sundry. Vehicles now have to pass single file. There was some feeble attempt to enforce a No Parking ordinance that soon became a lost cause.

Jeepneys who missed paying the monthly dues of the terminal now parked all over the street and in front of our sidewalk. The drivers or their cohorts would take siesta in the parked jeepney, or eat lunch baon in it, wash their vehicles or change tires.

Even the respectable Hyundai Motors, whose showroom faces Quezon Avenue but whose back repair area spears clear through to the parallel Panay, used to do all its car washing on our street.

I got tired of all that public space abuse and decided to be The Enforcer. Every time my car entered or left our driveway, I would get down to scold the drivers snoring or eating in their jeepneys parked by my sidewalk and wait, arms akimbo, until they drove away in a huff.

The Hyundai car washers and their managers were more tractable—now their dripping vehicles are parked farther down the street, and stretch all the way to the Physical Therapy of Capitol Med.

I must have acquired the singular reputation of being the nastiest old señora of all time. But ours is now the only frontage whose No Parking signs are respected.

Then one fine day, there was another “improvement” on our woebegone part of Panay. A “decoration” project! Chest-high cement cylinders (painted green) were installed on the sidewalk in front. We soon found out they were pedestals for flowerpots that we citizens must have paid for. Since the plants in the pots are hardly watered, they are anemic, and the empty cylinders have become overflowing ashtrays.

Often I look with envy at the north and south of the Panay beyond us, and also the “Scout” streets that are unparked, undecorated and unimproved. It only needed a losing grocery, a suspicious fire and uncaring public guardians to produce a corner that is almost a slum.

Panay Avenue is the only place I have ever considered home. In the morning there is the cry of the balut vendor hawking his wares, of the bote-bakal buyer, the ice cream man ringing the bell of his bike.

In the afternoon it is the  “Mais! mais! mais!” vendor who will not be ignored, and if we are lucky, the cry of “taho-o-o!” If it is May, a Santacruzan may stray into our parts; if December, the aging brass band with a tuba the size of an elephant’s ear that I always invite in; if January, an ati-atihan with lots of drums that will make you dance.

Although the boyfriend who caused me to live here has already died, Panay remains my beloved abode, half rural and half slum.