Having our cake and shooting it, too | Lifestyle.INQ ❮ ❯ 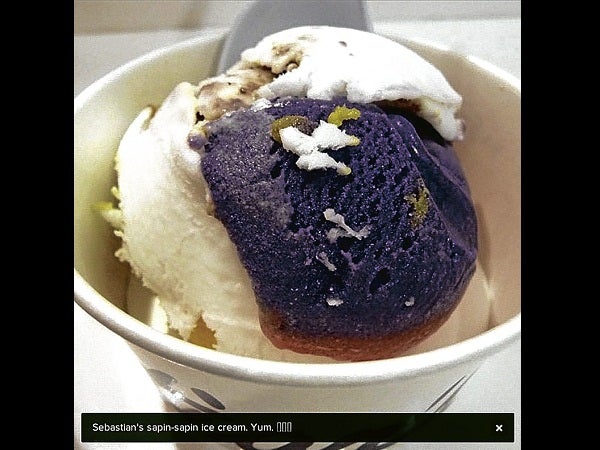 Having our cake and shooting it, too

Tuesday night at Hai Chix & Steaks in Ortigas. The waiter placed the huge porterhouse in the middle of our table, the beef fat glistening under the restaurant light.

We bowed our heads—not to say grace, but to whip out our phones and cameras to take pictures of the steak. I was having trouble with the white balance, so I took multiple shots. “Bilisan mo,” Jay said. “Naglalaway na si Nico.”

Welcome to the age of Instagram, where taking pictures of your food and posting them for everyone to see has become a dining ritual.

And if you attack a dish before someone has had the chance to photograph it, watch out—your hand might get swatted away.

My own propensity for taking pictures of what I eat started in the early 2000s, when I was still blogging obsessively. Today, I no longer document every minute and mundane detail of my life, but the urge to shoot my food has stuck.

The food may be gone but the photos live on, my own way of having my cake and eating it, too. It’s a great way to share food finds with friends, too. The likes and the comments are merely a bonus.

Our parents may find it odd (not mine, though—my mother Facebooks her food, too) but for this generation, it’s become automatic.

At a recent dinner party, the cakes were photographed so many times it must have felt like Kim Kardashian.

And how do we know we’re really hungry? When we polish off an entire meal without remembering to Instagram.

It’s not just us.

Because of Instagram, we now know that Kris Aquino just drove through In-N-Out for burgers, Vice Ganda had pizza as a midnight snack, Anne Curtis likes oysters and Swiss Miss Marshmallow Madness, Solenn Heussaff just made muffins and homemade granola, Raymund Marasigan had sushi for lunch, Ben Chan loves Georgetown Cupcakes and Eugene Domingo is a big fan of breakfast.

I just checked Instagram now and Madison of Washington just posted her gluten-free stir fry, Carlo in Naples is having pasta, Cay in Istanbul just made banana oatmeal, Sarah in Australia is serving spinach and feta pie and Soom in Kuwait is making donuts.

It’s universal—much more universal than the practice of shooting one’s outfits. While there are only around six million outfit-of-the-day posts on Instagram, the app hosts over 27 million photos of food. And I understand why. Even on days when my clothes look like crap, my food always looks good.

Clinical psychologist Susan Albers wrote a list of 10 psychological motivations “behind sharing what you eat with the world.” But she forgot the most basic one: we do it because it’s damn fun.

Not everyone is pleased by this habit, though. In “An Open Letter To People Who Take Pictures Of Food With Instagram,” Katherine Markovich wrote, “I think it’s best, especially in the interest of honesty and my mounting rage, to tell you that no, no, I really, truly, absolutely, do not care about you or your food.”

In response, a reader wrote, “Katie needs to lighten up.” We agree.