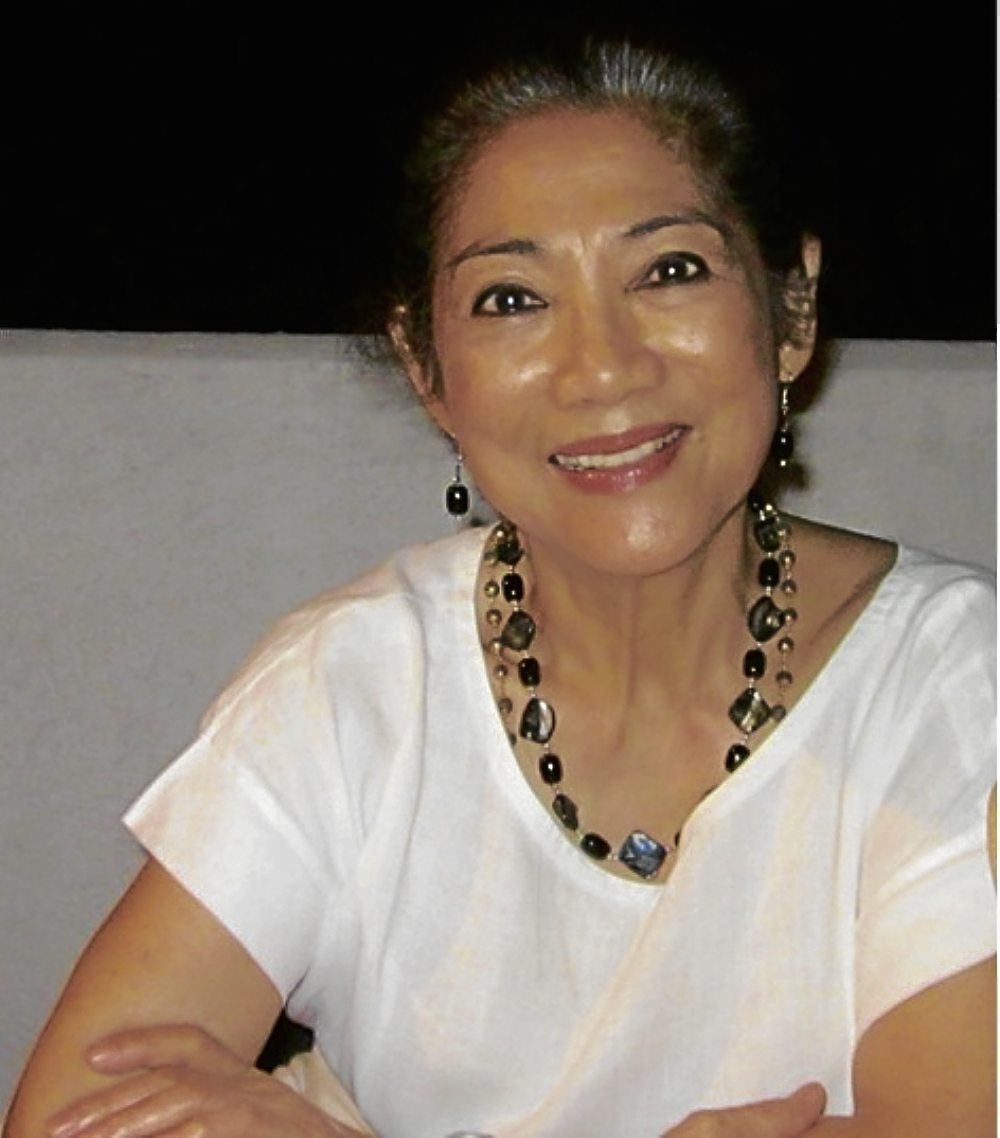 Seen up close and personal, international opera star Evelyn Mandac, a living national treasure even if she is a US citizen, strikes one as a serene (she is into yoga), gracious woman with a keen sense of humor and a keen mind which sometimes turns philosophical.

The encounter, if it could be called that, took place at a gourmet dinner at the roof bar of the family-run Nichols Airport Hotel at Quirino Avenue, Parañaque City. Mutual friends, the Protacio family, had tendered the dinner for the diva assoluta.

Mandac blew into town recently with husband Sanjoy Brattacharya to spend the holidays here and attend some family reunions.

One was a bit awed and just asked stock questions: What were the most memorable moments in her long and distinguished career?

She laughed. “Memorable moments? There were many of them. I have been very fortunate because I have sung with a lot of the great singers and conductors.”

Singing with Domingo was a highlight of her career, and she was all praises for the great tenor: “A fantastic colleague, very very nice, very caring, very generous. There was a moment when they were going to cut some arias, my role was not very big, and I told Placido, ‘Oh they are going to cut my second aria, and he said ‘no, no, no! Don’t cut her aria, you can cut some of my parts.’”

And so that was what they did. It was a recording of the opera “L’ Africaine.” Mandac was the first Filipino to sing and record with Domingo.

He “is very, very honest,” Mandac said. “You know, wala siyang [he has no] ego. He knows he’s good, pero wala siyang ego that you will feel.”

At one time she was very close to Nielsen because they sang one summer in Aspen, Colorado. It was her first TV show, and the opera was Tchaikovsky’s “The Queen of Spades,” based on a story by Alexander Pushkin.

The soprano has also performed with Te Kanawa in Mozart’s “The Marriage of Figaro,” with the latter playing the countess.

“I was Susana, her maid,” Mandac said with a laugh. The character of Susana may be an atsay. But she is also the fiancée of Figaro.

With Mehta, Mandac did Mahler’s Second Symphony, and with Ozawa it was Carl Orff’s “Carmina Burana.” According to her students in New York, “that recording was the most downloaded recording of  ‘Carmina Burana’ [sung with Sherill Milnes]. People download it all the time.”

Ozawa may be Japanese, she noted, “but he’s also European-trained, so the way he conducts is no different from anybody. He’s so international.”

Our diva was the first Filipino to sing at the Metropolitan Opera House in New York, where she sang when the stage was about to be remodeled and after it was redecorated.

“I can claim I sang in both stages of the Met,” she quipped.

She has also performed in other prestigious opera houses in San Francisco and Houston, Texas; the Hollywood Bowl; in famous festivals in London and Chicago; and, of course, here at the Cultural Center of the Philippines.

I remember her joint concert with another iconic soprano, the late Conching Rosal.

Now, semiretired, Mandac has returned to New York, where she concentrates on her teaching.

“I never stop learning,” she declared. “I still think I haven’t learned a lot. I want to learn more… Some people think they know everything, but me, I’m a beginner. As you teach, you learn. You constantly learn, so it’s like a circle. I teach the students and they teach me. They don’t know it, but you learn from your students.”