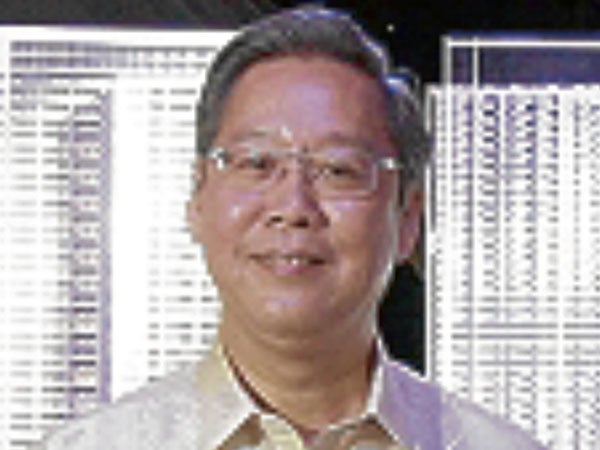 On a property across the Philippine Navy headquarters on Roxas Boulevard, the Marcos regime built what was intended to be a military museum. The building was designed by the late architect Gabriel Formoso to blend with the now nearly forgotten historic Fort San Antonio Abad, hidden in the shadows of the taller structures of the BSP complex.

In a bid to impress creditors during the IMF Convention in the late 1970s, Imelda Marcos commandeered the building to display her collection of European art. It became the Metropolitan Museum of Manila, which rounded out the district that already had the National Museum, the Cultural Center and the now-defunct Museum of Modern Art (now Museong Pambata).

With the Central Bank’s funds, what was supposed to be a military museum became a world-class art venue. Designed by Lor Calma, the Met’s main exhibition hall was the elegant Tall Gallery, with a distinctive spiral staircase at the center. (Decades later, Calma also designed the Vault for the BSP Gold Collection, during the presidency of Fidel Ramos.)

The Metropolitan Museum as an institution was organized under a private foundation with its own endowment fund. It still had around P120 million after the Edsa revolution, a sufficiently handsome amount at the time. Within a decade or so, that money had practically dried up.

Since then, the Met has survived “on the kindness of strangers.” It has been cadging its utilities from the Bangko Sentral, which owns the building.

Through the years, the Met has led a hand-to-mouth existence, managing to pay its employees and office supplies through contributions principally from the BSP, rents, grants, fees and various fund-raising schemes. A succession of trustees has had to dig into their own pockets to tide the institution over during funding droughts.

The board is now ready to chart a new strategic direction and focus for the Met.

To raise fresh funds for operating expenses, the Met will host a couple of events in early February.

A gala dinner for 400 is being organized by a committee composed of Francisco, Ho, Zobel and Ricco Ocampo, assisted by Ollie Campos, Marissa Concepcion, Sharmila Hiranand, Fe Rodriguez and Lilibeth Virata.

The dinner will be followed by an after-party for the younger set, organized by Cristalle Henares, Jesse and Patrick Maxwell, Simon Tantoco and Tim Yap.

On that night, the board will pitch its ambitious plans not only to renovate the existing facilities by reconfiguring spaces and improving lighting and security measures. There is a proposal to construct additional floors to double the total exhibition areas for the Metropolitan Museum and Museo ng Bangko Sentral. The Met must match the funds that will be provided by the BSP.

The mezzanine and the second floor (previously a closed storeroom) shall be new venues for long-term shows curated by critic and art historian Patrick Flores.

The inaugural exhibit shall attempt a narrative on Philippine Modern Art. Flores has selected around 160 paintings from the Met, the BSP, Ateneo, UP Vargas and other institutions, as well as private collectors, Campos, Ho, Laya and Que among them.

The large, contiguous space is to be dedicated to 20th-century art, in that way encouraging discourse on the contemporary, and, according to Colayco, consolidating the position of the Met “as a resource center in the country transcending geographical, social, intellectual and spatial barriers.”

The new Tall Gallery—with the spiral staircase removed—and now conceived to be the venue for changing exhibitions, shall start off with a month-long exhibition of New Painting from the Paulino Que collection.

On show at the new Met Tall Gallery from Feb. 3 is “Revealing Signs of the Present,” an exhibition featuring 25 new painters from Paulino Que’s collection. Most of the artists were represented in a previous exhibit at Finale Art File warehouse gallery; some artists in the Met show were not included then.

They were all born around 1960, and every artist’s body of work represents a departure from the past in terms of point of view, content, subject, style, technique, form and materials.

The works in the present show had never been shown in a museum setting. Most of the artworks had been commissioned by Que; the rest he assiduously gathered from gallery shows or pursued from previous owners. While limiting the artists to two dozen and one, several have diptychs, triptychs, assemblages and installations.

The oldest among the 25 painters is José “Jojo” Legaspi (born 1959) and the youngest is Winner Jumalon (born 1983). All the artists have barely passed the half-century mark, are still considered “young” and their art “new.” The paintings are hung according to the ages of the artists.

Alfredo Esquillo Jr. and Ronald Ventura studied at University of Sto. Tomas. They received the Thirteen Artists Award in 2000 and 2005, respectively.

Seven of the 25 painters are women, underscoring the higher visibility of their gender in the contemporary visual art scene.

A quick scan of the Tall Gallery emphasizes the direction of Paulino Que’s collection. His eye is not necessarily for the pleasant or for the conventionally beautiful. Many of his pieces may be disturbing.

Jojo Legaspi’s large work in charcoal and pastel on paper, titled “Something so Lacking in Necessary Qualities,” shows the likeness of the artist himself sticking his tongue out at the viewer. Legaspi’s is not a child-like cheekiness. It is an abiding defiance of social strictures.  Mostly unknown to local collectors until recently, Legaspi’s works have consistently reaped praise abroad.

Emmanuel Garibay’s work, “Masa,” reveals an acute social and political consciousness. It is in works such as this diptych—on the need for courage to transcend the burden of the everyday—that Garibay’s talent becomes obvious, earning him a peer’s place among his best contemporaries.

Like Garibay and Justiniani, Borlongan’s works are, in the words of Flores, “expressionist treatises on inequality and alienation.”  But Borlongan’s seemingly forlorn figures nevertheless have the capacity to dream and to connect with the humanity in all of us, as in the painting of a mother and child surrounded by the delicate tracery of carved leaves, vine and flowers.

José “John” Santos’ “Crossover” deals with the intersection of the mind with physical reality; the present with the past; the possible and the impossible. The artist, in effect, says the intellect’s attempt to categorize everything logically is ultimately bound to fail, because truth defies the limitations of time and space.

Geraldine Javier, according to Flores, is “known for evoking themes exploring death, misery, despair, emotional violence and strained relationships.” In the work titled “Contemplating Paradise,” a girl lies on a black couch. Above her, an enigmatically floating oval silver tray serves as a reflective eye or a window through which we view a serene dreamscape.

Kiko Escora’s untitled work in this exhibition, done very recently, reveals an intriguing change in style. Instead of the hyperrealism of the past years, the spectral hand and slashes of color pierce through three-dimensional space, into a state where time and reality are layered and interpenetrating.

Ronald Ventura’s work in mixed media on canvas mounted on wood is titled “Basic.” He juxtaposes a pair of jeans against a painting of its image. But at first glance, the eye is confused: Are the legs painted on the cloth, or are the transparent jeans painted over the human limbs?

The work is more than an exercise in fooling the eye. Is the man the basis of clothes, or do the clothes make the man?  What constitutes the “inside” and the “outside”?

Again exploring the principle of layering is one of the most memorable works in this show: Annie Cabigting’s eerily engaging 14-piece work titled “Black and White under a Shroud of Gray and Grey.” These are oil on framed canvases shrouded in gray veils, depicting the tombstones of great artists such as Da Vinci to Basquiat, Rembrandt to Rothko. The work is more than painting: It is also an installation. It is conservative in style, historicist in attitude, but absolutely “now” in its gothic sensibility and global perspective.

Brian Uhing’s “The Thought of Freedom” is a treatise on the condition of women and their role in society. They barely hold their heads high from the emptiness within; they know they are caged in the trappings of wealth and status. But, in fact, the key to their liberation is ultimately in their own hands.

The practically unknown Uhing, who hails from Sagada, is partly Belgian by descent, which may explain the Northern European influence in his art. His meticulous attention to detail and his mastery of the art of glazing is unparalleled in this generation.

Cordero’s “Happy Ending” and De Chavez’s “Last Song Syndrome,” which juxtapose painstakingly dense imagery, and explore the limits of iridescence, reveal technical virtuosity, as do the works of all the 25 artists, each in his or her own way, in this must-see exhibition.

Paulino Que’s selection signifies the latest of New Painting and is a portent of the direction of Philippine art in the 21st century: now showing at the new Met.

“Revealing Signs of the Present” will be on view in the Tall Gallery of the Metropolitan Museum of Manila for one month, starting Feb. 3 [museum hours]. Only 200 copies of the large catalogue will be available. Proceeds will go to the Met.