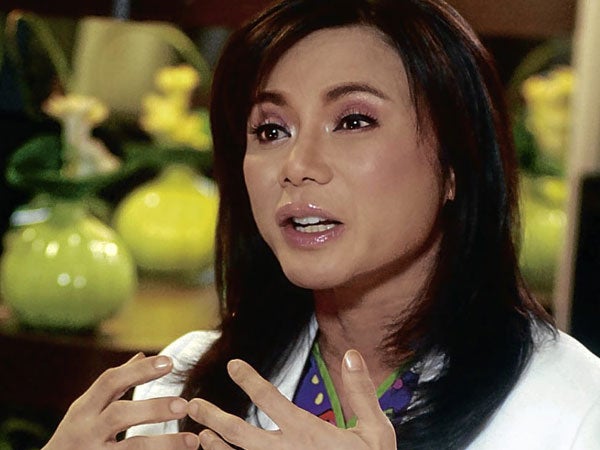 Is the elusive search for the fountain of youth over? Vicki Belo, one of the country’s leading beauty doctors, thinks so, as she recently unveiled her latest weapons in the fight against aging: intradermal (ID) and intravenous (IV) stem cell treatments.

Developed by Russian doctors in Moscow after more than a decade of research, ID treatment, much like Botox, is injected directly on specific points of the face and neck to supposedly facilitate faster skin regeneration, tighten sagging muscles and promote the production of collagen and elastin, two of the skin’s most important building blocks.

“As we age, our skin tends to lose elasticity,” said Belo. “Since we don’t produce as much collagen and elastin as we used to, our faces soon lose fat and become hollow. Wrinkles also start to deepen and permanently set in.”

This may sound a bit scary, but the stem cells Belo uses, unlike those used in a number of clinics abroad, including a famous one in Germany, don’t come from animals like sheep. They are not sourced from embryos either.

“In a way, we pioneered stem cell therapy in the Philippines by using a person’s own fat cells and transferring them to other parts of her body, particularly the face,” said Belo. “We still do that, but this latest development in stem cell therapy is more effective and offers more dramatic results.”

“Stem cells sourced from bone marrow are much better,” she explained. “Bone marrow is like the body’s main factory where stem cells originate.”

Unlike the older autologous procedure, where stem cells used are taken from the patient’s own bone marrow, the Mesenchymal approach extracts bone marrow from the back of other people’s pelvic bones.

Not only is the latter approach faster, cheaper and more effective, it also saves the patient from pain resulting from having her own bone marrow extracted.

“The Mesenchymal approach uses local anesthesia. While it may numb the skin and muscles during bone marrow extraction, there’s no anesthesia that can numb the bone,” said Belo, who once underwent the procedure as part of her research.

If the patient still opts for autologous, she would have to wait for weeks since her extracted bone marrow would have to be sent to the Russian center for cultivation. Apart from paying for the actual treatment, she would have to shoulder the cost of extraction and shipment of her stem cells to and from Russia.

Since stem cells have a 24- to 48-hour life span, they would have to be flown immediately to Moscow from Manila, and vice versa. To minimize delays, a person from the Russian center hand-carries the stem cells during the trip.

“Why do you want to wait that long and spend that much when the Russian center already has cultivated stem cells that are ready for use?” Belo asked. “And, no matter how you cut it, the bone marrow they’d be able to extract from you is as old as you are.”

Since you want to look younger, she added, there’s no substitute for using cultivated stem cells taken from the bone marrow of younger, more energetic people.

“If I use my own bone marrow, for instance, what I get are stem cells from a 55-year-old woman,” Belo said. “The Mesenchymal approach is still the best way to go. And patients don’t have to fly to Russia because we’ve now made the services available here in Manila.”

Is it safe? Like donated blood that ends up in a blood bank, the stem cells undergo thorough screening from infectious and blood-borne diseases like HIV and all forms of hepatitis before they are cultivated, assured Belo, during an exclusive interview in her Makati clinic.

Russian businessman Alexi Gladkov and Singaporean doctor and researcher Yoke Meng Wong, who flew in from Singapore, joined her during the interview. Singapore functions as the Russian center’s regional office in its bid to expand its operations in Asia.

“When treatments started, we resorted to the autologous procedure to derive stem cells,” said Gladkov. “Step by step, we found out that the allogeneic procedure, or stem cells sourced from other people, offer the same results. In many cases, the results are better.”

Gladkov also allayed fears that the stem cells they harvest in Russia come from marginalized sectors of society. In fact, one of the first batch of donors were the researchers themselves.

“It takes only about five minutes under local anesthesia to extract bone marrow from a person,” he said. “If the doctor doing it is good, there’s almost no pain.”

“You have to let us know in advance that you’re interested,” said Belo. “You also have to pay upfront once you sign up. Alexi needs at least five people willing to undergo the intradermal treatment to make his trip worth it.”

The fact that Russian doctors in Moscow have worked on more than 2,000 cases, and none of them have reported any serious side effects and rejection, makes Belo all the more confident. Even Wong, a respected academic in Singapore, vouches for the treatment’s safety and efficacy.

“I’m speaking as a researcher and not as someone directly involved in it,” said Wong. “Every procedure has its risks. But, in this case, they were minor ones such as mild fever, rashes and occasional itchiness. I haven’t come across cases involving severe infection or sepsis. Now, that’s serious.”

The best candidates for the ID treatment are people 35 years old and beyond. The mid-30s is an ideal time, said Belo, because a person’s skin starts to break down as early as 25. This may not seem noticeable at first, but over the years, this leads to telltale signs of aging.

There is no difference whether a woman ends up using stem cells from a male donor, and vice versa. But Gladkov and his colleagues at the Russian center try as much as possible to match, say, a female recipient with stem cells taken from a female donor.

“Like donated blood, it doesn’t really make any difference whether the stem cells are from a man or a woman,” said Wong. “Stem cells also have the ability of targeting areas that need the most repair.”

But Filipinos with illusions of looking like tall, blond and green-eyed Russians after the stem cell treatment would go home disappointed. They’re better off dyeing their hair and wearing colored contact lenses.

“That will never happen,” said Wong. “You certainly won’t look like a Russian sometime after the treatment because, with stem cells, there’s no genetic transfer involved.”

The ID treatment lasts a little over an hour, and is virtually risk-free. To minimize pain, Belo applies topical anesthesia to areas to be injected one hour before the procedure. Except for a bit of bruising and mosquito-like bites on injected areas, there’s no downtime, she assured.

But to lessen the chances of bruising, she advises patients to refrain from taking vitamin E, aspirin and wine two weeks before the ID treatment. Instead, they should take vitamin K thrice a day, five days before the procedure.

“Among the first who have tried the treatment was Lorna Tolentino, who has been my patient for 20 years now,” Belo said.

Belo’s latest service is two-pronged. While movie stars like Tolentino want to look younger on screen, there are people like Lolit Solis, the actress’ manager, who simply want to feel better and more energized.

“Lorna tried both the intradermal and IV treatments, while Manay Lolit, who has been trying to manage her diabetes, just went for IV,” said Belo.

Certain stem cell therapies developed in Eastern Europe, including Russia, have reportedly shown a great deal of promise in alleviating almost any condition, from diabetes to strokes, Parkinson’s disease to Alzheimer’s.

Even special children afflicted with mild forms of Down’s syndrome and autism have been shown to become more responsive after undergoing specific types of stem cell therapies. For now, Belo is concentrating on beauty and wellness.

“Since we’re in the business of beauty, our main focus is still on providing intradermal treatments,” said Belo. “We’re making IV treatments available to interested people.”

The patient can do both treatments simultaneously. ID can be done on the face and neck, while IV stem cells drip into her system.

“Patients are advised to stay in the clinic at least 20 minutes after both procedures,” said Belo. “There’s no downtime for intravenous, although some patients, around 20 percent, experience flu-like symptoms for a day. Flu medications like aspirin or acetaminophen are sufficient to manage this.”

Due to strict regulations, the US has lagged behind most countries, including Japan, in stem cell research and development. In Eastern Europe, particularly in Ukraine and Russia, such therapies are starting to become routine, she said.

But ID treatments don’t come cheap. A typical session would set you back by as much as $6,500. If you want to add the IV treatment to the package, you would have to shell out an additional P25,000.

“Follow-up treatment depends on the type and purity of cells used,” said Wong. “For the intradermal treatment, protocol dictates that you need to have it at least three to four times a year. Intervals would be every three to four months.”

Apart from the huge amount of money invested by the Russian researchers to develop both therapies, there’s a valid reason for such a seemingly steep price, said Wong.

In keeping with international standards set by the Russians, Belo injects no less than 20 million cells per face during a typical ID treatment. Anything less than that, said Wong, is likely to be ineffective.

Belo, who first visited the Moscow clinic late last year to observe, was so convinced that she found herself trying the treatment herself before returning to Manila.

Although it usually takes around two to three months before the treatment’s effect becomes noticeable, Belo noticed an immediate tightening around her “troublesome” neck area soon after having the injections.

“I’ve tried almost everything, but nothing seemed to work for my neck,” said Belo. “After undergoing intradermal stem cell injections, my neck has become smoother and firmer. When I pinched a section of my neck before, it took sometime for it to return to its place.”

Unlike the face, the neck doesn’t have enough sebaceous glands to keep it moisturized. And no amount of conventional treatments like Botox, Thermage, Ulthera and lasers can match stem cell infusion.

“Prior to stem cells, almost all beauty procedures were done superficially,” said Belo. “No matter what you do, the age gap still shows whenever you’re beside someone even slightly younger than you. As one ages, it’s inevitable for him or her to lose cells.”

By injecting stem cells directly on the face, Belo believes that the slight age gap has now been bridged, if not eliminated. In her book, invasive facelifts are on the way out. The fountain of youth has been found, she said. It’s no longer a myth.