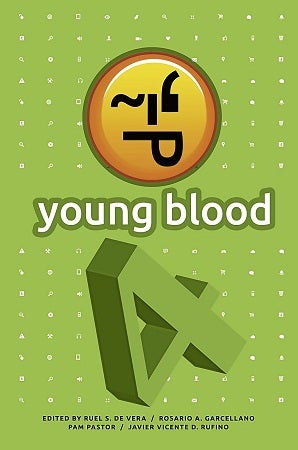 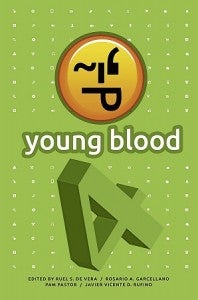 Being a household where dogs outnumbered the humans, our helper would always clip and keep the Young Blood submissions about dogs, and for a time, we had a mini compilation of our own (Young Blood: Fur the Youth).

During last Sunday’s launch of Young Blood’s fourth compilation at National Book Store’s newly opened Glorietta branch, it was a different experience to see the faces behind the stories. Some still had an air of giddiness that only the very youthful can exude, while some bore the marks of world-weariness brought about by workplaces and loss.

Still, the authors who managed to attend the launch all had an air of excitement about them, brought on by being one of the 65 writers featured in Young Blood 4.

“Your essays were the ones selected after what we all admit was a brutal and long discussion process,” said Ruel S. De Vera, one of the four editors of Young Blood 4. The other editors of the anthology are Super sub-section editor Pam Pastor, Inquirer Books head Javier Vicente Rufino and Opinion editor Rosario Garcellano.

The fourth compilation, taken from submissions from 2005 to 2011, is a milestone both for the writers and for Inquirer. Inquirer chair Marixi R. Prieto said of the “bigger than ever” compilation: “These pieces promise to deliver the same calibre of intense emotions as the previous collections.”

It is the first time two submissions from one person—party-list Rep. Mong Palatino—were included. According to Inquirer Books head JV Rufino, Young Blood 4 also has the distinction of being the first anthology to be published digitally as an eBook, making it easy for those based overseas to get their hands on a copy of the book.

As editor Pam Pastor called the authors present onstage to be recognized, she said it was a great honor to finally meet the people behind the stories. “You guys have been a part of our lives because we’ve been talking about you the entire year,” she said with a chuckle.

Contributors Palatino and Jessica Marie Robredo read excerpts of their published pieces—Palatino, from one of his included essays titled “Neophyte,” and Robredo, daughter of the late DILG Secretary Jesse Robredo, from “Inspiring,” an essay published when she was 15, which also won Grand Prize in the high school category of the 2003 Ramon Magsaysay Student Essay Competition.

The authors were gathered to sign copies of the books for guests and customers. Pretty soon, they started going around having their books signed by each other, too.

A lot of changes have happened in the contributors’ lives since they got published. Enzo Flojo, who wrote about being torn between his love for teaching and the reality of supporting a family in “Sold Out,” said that he is now approaching the twilight of his teaching career.

Melissa C. Tipoe (“From a bride-to-be”), who is six months pregnant, received special clearance from her doctor to fly to Manila from Cagayan de Oro to attend the launch. While she and her brother Mojo, who was the subject of her essay, do not share the same living space anymore, they are still closer than ever, thanks to technological conveniences like FaceTime and Skype.

Joie Go (“La vida lithium”) is in a much better place now. “I’m working with a TV network now with two shows. I’m quite happy with how my life has progressed since the last two years,” she said. In fact, there may be another Young Blood submission in the works. “I want to be a mom soon, and I’d love to write about that!”

“Young Blood was a pioneering effort by the Inquirer, way ahead of its time in giving the youth an opportunity to speak and to be read. Today there are new platforms for the youth to do that, but Young Blood still retains its special place in that discourse,” said Inquirer publisher Raul Pangalangan.

Indeed, despite the era of 140 character-opining and whining and instantaneous Internet publishing, Young Blood lives on to capture and immortalize the spunk and spirit of new generations of Filipino youth.

Young Blood 4 is available at National Book Store for P375. Visit www.inquirer.net/apps to know more about the eBook version.