On ‘Quintoshian’ plays and the future of Philippine theater | Inquirer Lifestyle 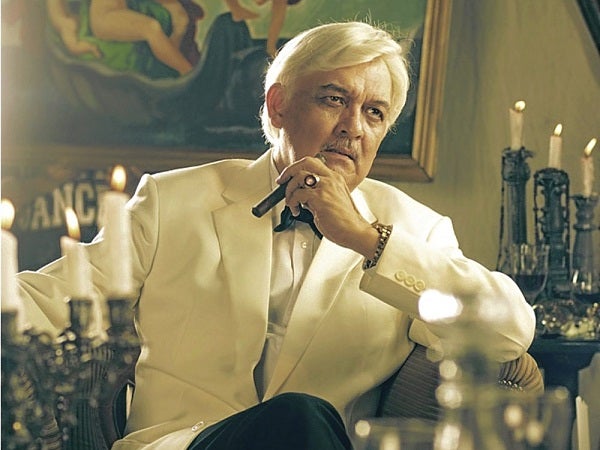 On ‘Quintoshian’ plays and the future of Philippine theater

Ano, Ateng, gusto mong umarte?” Normally, a question to be pondered carefully. But then again, it was Floy Quintos asking me to join the cast of his new play, “Collection,” and I am an avowed “Quintoshian” (albeit part-time) actor.

That’s the running joke among actors who have appeared in the remarkable works of this prolific, sharply insightful playwright. A Quintos play means intelligent dialogue, scenes that leap imaginatively across time and space, and rich historical research.

“I’ve always liked history, dramatizing it, turning it around sometimes,” admits Floy, whose previous works in two languages include the Palanca award-winners “Fluid” (2005), “Ang Kalungkutan ng Mga Reyna” (2008), and “Suor Clara” (2010), modern social commentaries like “Shock Value” (2006), and historical examinations like the epic “St. Louis Loves Dem Filipinos” (1993) and 2011’s provocative “Fake,” on the hoax that was the Code of Kalantiaw.

This time, “Collection,” to be staged by Dulaang UP (DUP), the resident theater company of the University of the Philippines (UP), goes from a contemporary setting marked by greed and conspicuous consumption, where Philippine patrimony is now for sale—it opens with the auction of the Banawe Rice Terraces—to the 17th century, to trace the provenance of a mysterious image of the Virgin Mary that’s bound for the auction block.

“I keep telling Dexter, it’s great to see how far we’ve come, from the mysticism of the 17th century to now.”

Dexter is Dexter Santos, UP teacher and “Collection’s” director and choreographer, a UP theater arts graduate, mentored by the likes of Anton Juan and Tony Mabesa, and who has since himself joined the ranks of mentors and respected stage directors.

Dexter and Floy, who first worked together in Gilda Cordero-Fernando’s “Aswang” in 2000—Dexter was a young dancer and choreographer, Floy was the memorable aswang hunter in the cast—have been discussing a play since last year, and the concept has evolved from focusing on the fashion world, to a bigger statement on “shifting moralities and changing standards.”

Floy confesses he was inspired by the whole brouhaha over Filipino artworks sold in international auctions at astronomical prices.

“Everyone started wanting something like it; even people who had no idea were calling me to ask if I had access to this or that artist. Iba na talaga ngayon. The whole play was born of one line in the script: What is the next, hot, must-have, got-to-own thing?”

Yet for Dexter, it’s not just movement for movement’s sake, but “trying to create something new, different, stylized.  I always see movement, but with relationships. I have to know what the playwright wants to say, then incorporate what I want to say along with him.”

By the time I show up for my first rehearsal at the Tanghalang Hermogenes Ylagan in UP’s Faculty Center before Christmas 2012, the 47 man-strong chorus of theater arts students has taken definite shape, and performs with contagious energy.

Dexter is perpetually asking them questions. Why is this happening, why are you doing this? “It’s important that what you do on stage has a reason,” he says. “It’s easy to fall into gimmicks, do something different and claim it’s experimental. But you must start with why, and push the how, then go back to the why so you’ll know if it’s too much, or if it’s enough. You can’t have a play that’s just stuck to the epidermis.

That mix is constantly being calibrated, as when the chorus jumps from playing drugged-out, modern-day partygoers, to tribal natives praying to an image of the Virgin.

“That took the longest to write,” Floy says of the 17th century part, “but I was sure the Virgin had to have elements of paganism, the whole folk syncretic religion going on.”

Floy was inspired by two works of fiction: Salman Rushdie’s short story “The Auction of the Ruby Slippers,” and Nick Joaquin’s chapter on “The Hermana” in his novel “Cave and Shadows,” especially in his depiction of the Hermana Augusta, a young mystic who is the guardian of the Virgin, played by an ethereal Teetin Villanueva, theater arts student (and former biology major!).

Having a living playwright, Dexter adds, make things much more interesting, as Floy, himself an accomplished director, is constantly cutting and adding lines, giving suggestions to the “seniors,” and helping paint the bigger picture.

“I love a work in progress,” says Dexter, who last blew audiences away with a gorgeous staging of “Orosman at Zafira” at UP and at the National Theater Festival. “That’s why you should not be too afraid or too in love with the work that you can’t remove or change things.”

The aforementioned “seniors” include director and actor Leo Rialp as the industrialist; professor and Dulaang UP artistic director Alexander Cortez as a fashion designer-slash-film director; singer-actor Roeder Camanag, fresh from turns as the tap-dancing male lead in Mario O’ Hara’s acclaimed “Stageshow” and in “Orosman at Zafira,” as a doctor of rejuvenation; myself, alternating with wonderful actress Stella Cañete, as a frivolous international jeweler who eventually flips, in more ways than one; and Jeremy Domingo, still appearing as well in “The King and I,” as suave auctioneer Carlo Vibal, the “bangka” who narrates many parts of the play and brings the two different times and places together.

Also in the cast are talented singer-actor Red Concepcion, last seen in “Rivalry: Ateneo-La Salle, The Musical,” as an activist with an agenda; singer and dancer Jean Judith Javier as a government bureaucrat behind the ominously-named National Council for the Disposal of Philippine Patrimony; William Manzano as an ill-fated priest; and Jules de la Paz as a credit card-flashing, handbag-toting party animal who will look instantly familiar to many lifestyle observers.

The “seniors” make up what Floy and Dexter refer to as the “altas,” the movers and shakers who are the auction’s top bidders.

Alex declares that the hardworking students are “blessed” to be learning a lot.

“In theater production, it’s about 101 percent discipline, commitment, and devotion—and hindi sila dapat nahihiya. I hope they can maintain it when they start working and earning a living, whether it’s in theater education, TV production, events, wherever they go. That’s an ace.”

He feels that UP is indeed the place to study theater arts, because “we have a deep bench of mentors they can compare; new age, cutting edge si Dexter, for example, while (Tony) Mabesa is traditional and classic. That goes for the playwrights, as well, along with the theater environment.”

“You certainly can’t get this kind of ensemble, at least not this big and with the precision that Dexter wants, in commercial theater. In fact, you can’t stage something like this anywhere else but in UP,” says Leo Rialp, who’s on his delightful second wind as an actor, a job he discovered 15 years ago after making a name as a director and stage designer.

He’s still president of the Philippine Association of Theatrical Designers and Technicians, but is enjoying working in plays, TV dramas and Indie films.

“I loved that role so much,” he says of his lead character in his last Quintos play, the hoax master Jose Marco in “Fake.” “I love being able to play a really ugly person this time around. That’s the thing about Floy; he will explore subjects that nobody else does.”

Both Roeder and actor and voice talent Jeremy Domingo—the latter was in DUP’s production of Anton Chekhov’s “The Seagull” last season—are making their Quintoshian debuts. Jeremy admits that Shakespeare and Broadway comedies are more his comfort zone, but he loved the bilingual Carlo right off the bat.

“I don’t get to work on material this fresh very often. It’s unfamiliar terrain, so I’m on my toes.”

Roeder, a veteran of musical theater who began his career with “Once On This Island” in 1993, relishes the way Dexter treats the material as “a total experience. It’s a great way to get the audience to think.”

Floy and I get nostalgic while watching the kids run around the stage, dancing feverishly, assuming multiple roles, and moving the props around.

When “St. Louis Loves Dem Filipinos” premiered 20 years ago, I was part of the original cast, and in the crew and chorus of students then was a gallery of future stars, among them Andoy Ranay (now a film and TV director), Frances Makil-Ignacio (now a premier stage actress), Candy Pangilinan (actress and comedienne), Lanie Sumalinog (who went on to play “Miss Saigon” in Germany), and Eugene Domingo (who doesn’t know her?).

Today, we look at these kids and wonder, who is going to shine in the next decade or so?

“Kinikilabutan ako thinking about it,” Floy admits. One thing is for sure, though: original Philippine contemporary theater is alive and well, and it’s right here before our eyes.