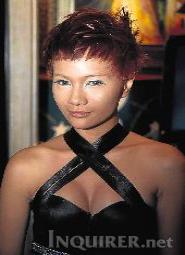 MOST WOMEN who experience a change in their lives, whether significant or inconsequential, mark it by a change of hairstyle.

After a bad breakup, a woman gets rid of her past with a quick snip of her hair. After a promotion, she assumes a new hairstyle.

And if a woman simply wants to revamp her look, a change in hair color should do the trick.

Schwarzkopf Professional takes inspiration from the runways of New York, Paris, Milan and London and brings the latest hair trends.

“Every woman will find a look that will fit her lifestyle,” said Stella del Rosario, brand manager of Top Line, which distributes Schwarzkopf in the Philippines.

“Metropolitan” represents a woman of the world, who’s confident and determined to get what she wants. A sleek updated hairdo works best in giving her that added boost to take the world by storm.

“Edge” is for the woman with a rebellious streak and a carefree attitude as evident in the hairstyle’s raw and blunt cut. 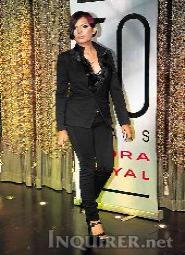 “Pure” is for the elegant lady who strives for simplicity while enjoying the finer things in life; thus long locks with soft waves are definitely in order.

The “Urban” woman is the “perfect balance of creative and professional” as she knows how to work hard and party hard in a fashion-forward hairdo.

“This season, hair color will reflect the personality of the woman,” said Del Rosario. 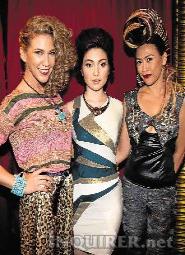 The stylists presented the “distinctive styles of each of the five decades”—from the swinging ’60s classic flip to the retro ’70s Motown-glam coiffure, funky ’80s Mohawk, the ’90s grunge hairstyle, to the new millennium’s statement-making hairdo.

Whether you prefer a bob to a cascading mane, make your hair your “crowning glory” in colors that would surely rival those of the scorching summer months.