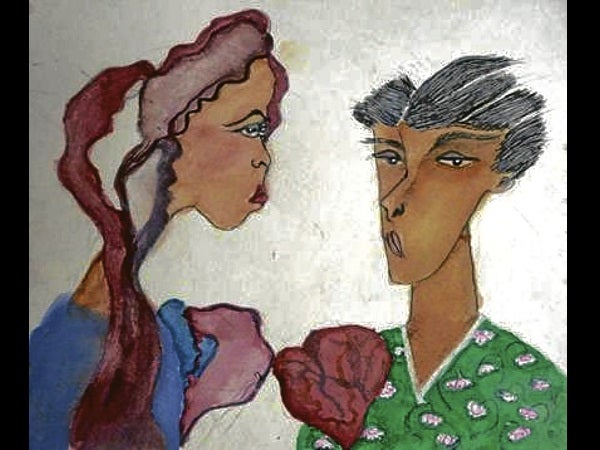 Your problem is you can’t speak England

We were having a meeting here at home on the Wheelchair Project. Not knowing that Vim Nadera was a therapist, I was surprised to get a pamphlet on suicide from him. (He was nuts enough to volunteer for this project.)

“What are friends are for?” quipped Don Salubayba.  “Let’s join us!” threw in Gerry Leonardo.  I soon found out that Pinoy grammatical mistakes have even been printed in three little books!  Here’s my own offering. I did it on my own idea.

The Pinoy has ever been bothered by speaking a borrowed tongue. Now, anything the Filipino cannot tackle he spoofs.  I remember, in the early ’30s, how children’s songs and rhymes made fun of the English we were forced to learn.  Here is one that everybody knows.  If you never heard it, you are hopelessly mental colony.

There is the counting song that goes:

And the spoof on the American teachers’ “Come dear children,” a morning greeting to the class:

Even the then newly minted national anthem in English was not spared. It became:

Land of the morning

I love my own,

Correct me if I’m wrong but even much earlier, Spanish was made fun of, as well as English, in this kiddie song:

How? How? da carabao?

And this blasphemous one patterned after the sign of the cross that begins with “Antanda”:

If we call English-speaking Filipinos “wursh-wursh” or “English spokening,” we made fun of our dads, too, when they spoke Espanggol like kastilaloys.  We imitated them.  “Si, para si, para buto ng sili!”

English was eventually integrated into Pinoy songs, but still with a kick, as in this Ilocano ditty:

But the crown jewel of them all was when Yoyoy Villame, comic and singer, whose English wouldn’t pass Grade IV, came up with this classic:

When Philippines was discovered by Magellan

They were sailing day and night across the big ocean

Until they saw a small Limasawa island

Magellan landed in Limasawa at noon

The people met him very welcome on the shore

They did not understand the speaking they have done

Because Kastila gid at Waray-Waray man

When Magellan landed in Cebu City

Rajah Humabon met him, they were very happy

All people were baptized and built the church of Christ

And that’s the beginning of our Catholic life

When Magellan visited in Mactan

To Christianize them everyone

But Lapu Lapu met him on the shore

And drive Magellan to go back home

Then Magellan got so mad

Ordered his men to camouflage

‘Mactan island we could not grab

‘Cause Lapu Lapu is very hard’

Then the battle began at dawn

Bolos and spears versus cannons and guns

When Magellan was hit on his neck

He stumble down and cried and cried

Oh, mother, mother I am sick

Doctor, doctor, shall I die?

That’s the end of Magellan

In the island of Mactan long time ago

Like a good Pinoy, if someone is browbeating you for your bad English, don’t just do something, stand there!