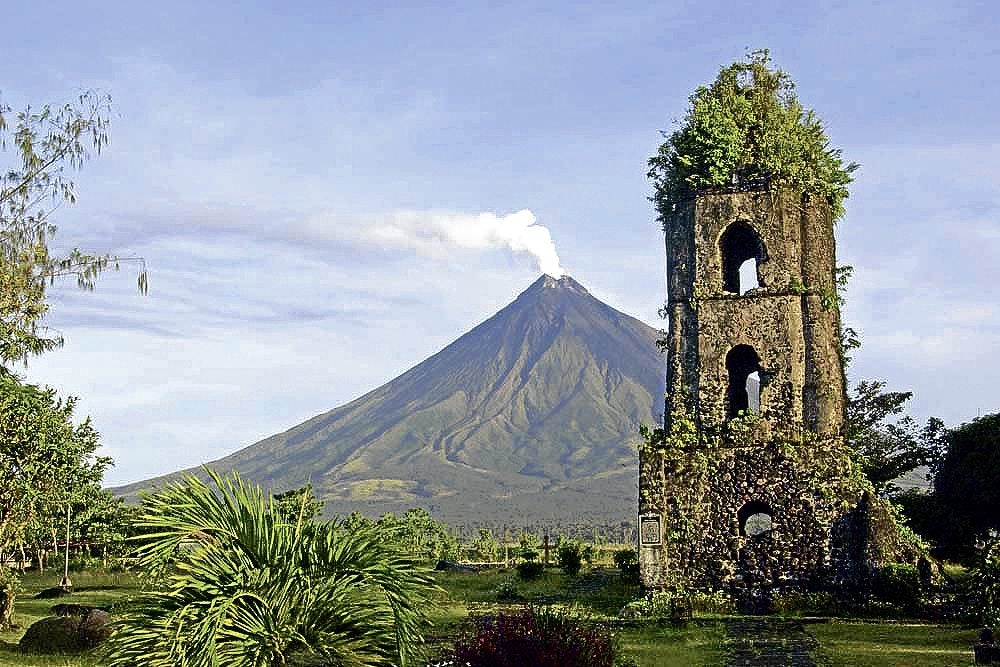 For as little as P13,000, a tourist could join one of eight motor caravans at multiple provincial destinations.

Ballet and musical on Mayon myth and legend opens Feb. 8

The colorful epic managed to survive by oral tradition, and interpretations vary from one chronicler to another, depending on the quality of scholarship of researchers.

In Albay, the legend surrounding the majestic Mayon Volcano will come to life in the ballet version of “Daragang Magayon: Ang Istorya ni Mayon,” opening at the Cultural Center of the Philippines on Feb. 8, with choreographer Gerard Mercado teaming up with poet Virgilio Almario, composer Ramon Santos, and Albay writer-researcher Abdon Balde Jr.

Legend and mythology will unfold by multimedia in “Daragang Magayon,” with the story danced to the rondalla music of Santos.

The good thing about this renewed interest in Bicol myths and legends is that they are used to promote tourism in Albay, largely due to the cultural insight of Gov. Joey Salceda, one of the few local officials with excellent track record in disaster preparedness.

Apart from exploiting Bicol myths and legends and packaging them as entertainment fare in the country’s leading temple of the arts, Salceda has turned nature’s wrath into a tourist attraction by promoting the monthlong Cagsawa Festival in Daraga town in close partnership with Daraga Mayor Gerry Jaucian.

The ruins of Cagsawa Church (11 km from the crater of Mayon Volcano) in barangay (village) Busay in Daraga town are all that were left of the catastrophic 1814 Mayon eruption. That volcanic upheaval killed 1,200 inhabitants, most of whom took shelter in Cagsawa Church and ended up buried when the church was overwhelmed by boulders and lavas.

Cagsawa’s first parish priest, Fr. Alfonso de Jadraque, took over in 1605, and he witnessed the relative prosperity of the settlement until 1634. Barangay Busay—which was part of Cagsawa—was where the first bullfight in the Philippines was staged, according to the late Albay Bishop Teotimo Pacis.

Salceda likes to think the Dutch pillage of 1635, the Mayon eruption of 1814 and the equally disastrous Typhoon “Reming” in 2006 have resulted in the resiliency of the Albayanos, who have learned to cope with natural and man-made disasters.

The province is proud of the fact that it has been named a United Nations global model in disaster-risk reduction.

Some 150 years after the 1814 eruption, both Mayon and the Cagsawa Ruins have become favorite tourist destinations.

In 1963, Education Secretary Alejandro Roces was able to scale Mayon with flying colors.

Said a Japanese mountain climber who had also climbed Mayon: “Except for the absence of snow, Mayon measures up well to anything Fujiyama, Annapurna, the Alps, the Himalayas and other formidable mountains can offer and for so much less.”

Also in the ’70s, a Swiss mountaineer named Jan Trangott made news when he celebrated his 46th birthday right on the mouth of Mayon Volcano.

“This is one birthday I will never forget,” Jan said as he clinked glasses with his four companions.

This mountaineer climbed on an early morning and reached the peak as the morning sun broke through the clouds.

In Daraga town, an Albay chronicler noted a wedding in his history book: “1974 (Dec. 14). For the first time in 160 years, a Catholic wedding was solemnized in the Cagsawa Ruins at 4 p.m. Pablo A. Tariman of Baras, Catanduanes, and a bride (from Daraga, Albay) were joined in a marriage by the Daraga assistant curate, Fr. Eliakim Suela, OFM.”

The Cagsawa Festival—which starts Feb. 1, exactly 199 years after the 1814 eruption—will see a gathering of healers (an herbolario convention, it is called); a trail run; a cross-country bike race.

But outside the chicken-eating competition and the pamaypay (fan)-making contest of the festival, it is best to remember Cagsawa for what it is—history and memory of nature’s wrath captured by Albay poet Marne Kilates:

Their worship and submission, held

Their awe and selfhood in thrall.

Both are clutched by vine and root:

When sky dimmed and the Volcano’s mouth

Glowed, the priest shuddered at the Elevation;

When stones rained and the earth shook,

The past preserved its durable ruin.