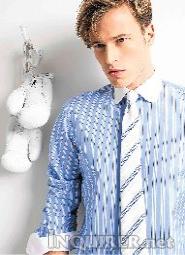 Known for its wide selection of crisp men’s shirts made from the finest Egyptian cotton, the brand, which has opened its first store at Greenbelt 5, also carries a smaller line of knitted shirts, skirts, belted jackets and blouses for women.

The store also has a limited line of men’s accessories such as neckties. Van Laack is also known abroad for its men’s jackets, cufflinks and tie clips.

In keeping with global practices in Van Laack’s 110 “mono-brand” stores and exclusive spaces in department stores the world over, the Greenbelt 5 store will soon offer its male clients made-to-measure shirts. Apart from the option of having their shirts embroidered with their initials, they can choose from a wide range of fabric swatches and combinations, from collars to cuffs.

Measurements, which are taken by a trained store staff, are sent to one of Van Laack’s factories in Tunisia. From there, the partially finished shirt is sent to the brand’s German headquarters and factory in Mönchengladbach (near Dusseldorf) for additional finishing and quality control inspection. Once finished, the shirt is shipped to its final destination: the client. Within three to four weeks, the client can pick up and wear his made-to-measure shirt. 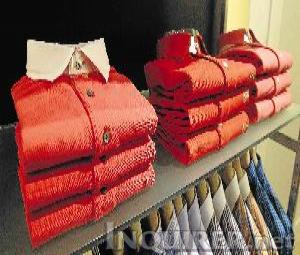 On top of its factories in Germany and Tunisia, Van Laack also has company-owned factories in Vietnam and Indonesia.

Made-to-measure shirts, said Lerchbaumer, aren’t only for men with less-than-ideal physiques. The service primarily caters to people with discriminating taste and special requirements like contrast stitching, pockets (or no pockets) and visible initials.

“He might like a particular fabric or color combined with a certain collar or cuff that’s not part of the current [off-the-rack] collection,” Lerchbaumer said. “Sometimes, it can be as personalized as a bigger cuff to allow him to comfortably wear a bulky watch. It’s simply a matter of providing our customers a range of choices.” 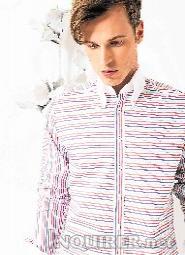 Such options do come at a price. But unlike other companies with extremely high surcharges for made-to-measure pieces, said Lerchbaumer, Van Laack charges the customer primarily for the “quality of fabric he chooses and the entire service.”

“That can range roughly from 130 euros, which is quite similar to the price of our entry-level shirts, to 300 to 400 euros, depending on the fabric,” he said.

Such bespoke-like quality is reflected even in its RTW offerings in the form of even and sturdy stitching, from the seams and darting, down to problematic buttons.

In a crowded retail market, he’s confident that Van Laack will hold its own against more popular brands. Apart from enjoying brand recall among well-traveled Filipinos, Van Laack is head and shoulders above the competition because of its access to the best fabrics, said Lerchbaumer.

Since the company orders in bulk, it can dictate exclusive prints from the likes of Etro, Albini and Thomas Mason, among other Italian and Swiss millers.

“Van Laack produces 1.6 million shirts every year,” said Lerchbaumer. “Because of the high number of shirts we produce, we’re considered a real shirt specialist. It allows us to look at some of the latest fabrics for use in our own shirts.” In 2002, businessman and Van Laack fan Christian Von Daniels acquired the family-owned company from the descendants of its original owners. By then, the prestigious brand was a mere shadow of its former self.

Von Daniels, who assumed the position of CEO, lost no time introducing innovations and expanding Van Laack’s manufacturing capabilities by opening new factories abroad. Its pool of designers is based in Germany, while experienced German hands manage the company’s overseas factories.