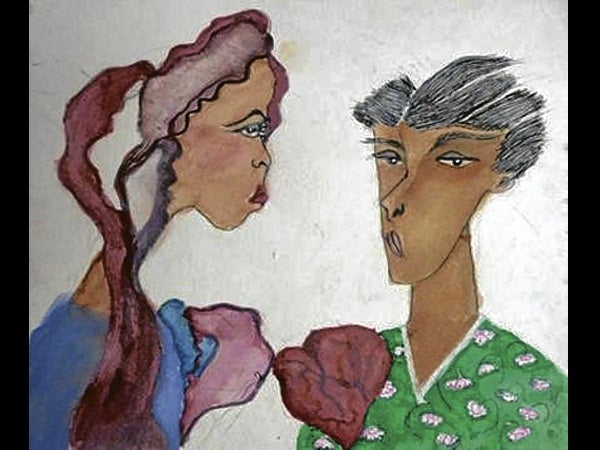 I don’t know what generation you belong to, but not too long ago, no kind of sex information was ever given to grade school children. Or later.

I had my first inkling of how women got pregnant when a friend, Morita, like me, a teenager and as clueless as I, said their maid got pregnant because she tried on the pants of their driver!

Almost till the day I got (secretly) married, I was wondering how penises got into vaginas. When they said the penis got erect, I thought it was like a nail that pointed heavenward.

I wasn’t such a prude with my own little girl (now 53), though I never thought then that girls should get sex education so early. That was wrong, Wendy tells me now, because she had a spinster teacher who told the class that it was swimming in the same pool as boys that got girls pregnant.

This bothered her a lot, she said, because, my goodness, she swam in the same pool as her three brothers and her dad!

Blame mamas for clueless daughters. One day she told me that the same woebegone spinster teacher announced one day that she had been asked to teach sex education to the class.

The wretched woman asked the class if they knew what sex was, and that those who didn’t should raise their hands. Of course nobody did. But afraid, I suppose, that she hadn’t given them sufficient “sex education,” she explained that it was “what the man beside me in the movie house was doing under the newspaper!”

I was appalled. Right then and there I gave my kid as frank a sex education as I could, including who put what, where and what could happen.  But apparently the info was too late. She already had a brush with a pedophile at the grocery in the corner! God saves little girls—she got through unscathed!

At 6:30 a.m. every day, when Wendy was a second grader, she was brought to the corner grocery in our car. There the maid loaded her into the Catholic school’s bus. If they were early or the bus was late, my daughter and the maid hung around the grocery we patronized all year for all our needs.

It seemed so fail-safe. The driver had been with us six years, the maid (a kitchen helper because Wendy was too old to have her own yaya), two.

In the middle of her homework one day, there was a telephone call for Wendy.  She talked into the phone, then came back.

“Who was that?” I asked, thinking it was a classmate.

“What tito?” I asked (I have only one brother-in-law, and he doesn’t call Wendy).

“The tito that’s in the grocery.”

“He wanted to know if I had already taken a bath.”

I was alarmed! “Does he call you often?” I asked calmly, not wanting her to get frightened.

“Sometimes,” she said dismissively, as if she considered the caller a pest.

“And what else did he want to know?”

“He wanted to know if I had soaped my hair.”

“What else?” I asked, trembling with fear and rage. She sighed as if terribly bored with the subject.

Sometime later, my husband and I tried to interrogate Wendy again, but she could neither identify nor describe the stalker.

“Once,” said our five-and-a-half-year-old daughter, “he gave me one peso.”

“In the grocery where Melody and I wait.”

My husband and I were in near panic.  We cross-examined the maid, who said she had never noticed any man talking to Wendy. We asked the other help if the man called often. They said they didn’t know of any man phoning Wendy!  (We were exasperated and hopping mad.)

Upon further prodding, our daughter said the man was known to us—in fact, he was “Daddy’s friend” (or so the man made out—or was he really?). Wendy thought she, in fact, had seen him at one of our parties. (Did she? Or did the stalker suggest that?)

The person apparently made the child feel that he was some family friend or venerable uncle, therefore, safe. Wendy is not a particularly good storyteller, and we could get nothing more from her.  She wasn’t frightened, but she couldn’t seem to recall anything besides seeing him at the grocery every morning when she waited for the school bus.

(Did he go there before he went to work, or horrors! before he brought his own children to school, did he live in the neighborhood, or was he a part of the grocery?)

The early ’60s was not an age of pedophiles, but we warned Wendy firmly and gently to avoid talking to strangers, accepting money or candy from any kind of uncle.  The unobservant chaperone was replaced with the ace help, the bright and sterling yaya of the next child. Now Wendy’s daddy brought her to the corner every day, going around the block and waiting another corner away for the “crazy” to appear so that he could shoot him.

For months nothing unusual happened.  But one day, months later, I found a white rose on our dining table. The houseboy said it had been left at the gate by a man in a red car for Wendy.  He had just left, said the houseboy.  No, he didn’t look at the plate number.  I could kill him.

That same minute, Wendy’s father and I jumped into our car and scoured the neighborhood for a red car (there were three or four tucked in the carports, but we couldn’t imagine what to accuse their owners of!). We tight-guarded the child even more.

Years passed. The brush with evil didn’t traumatize the child because she never felt threatened. Nor did we make her feel fearful. The stalker had established a feeling of trust. And that was easy because, indeed, all of her dad’s and my male friends were introduced to her as titos and she was even made to kiss them. At least it didn’t go any further, thank heaven.

“And why didn’t you tell us about it?” I screamed.

“But I had no idea what he was doing,” Wendy said. “I was too small. And then I forgot. I thought he was hurt, like you have a bleeding wound or something.”  (Some people can have high IQs and be so dumb! And we perpetuate it. We don’t warn the kids about sex perverts.) “What else?” I prodded.

“When I was about Grade Three, anyway, a little bit bigger,” Wendy said, “you took us all to a company party where the families were invited. The face of one of the guests was vaguely familiar. But I wasn’t sure he was the guy because I had not seen that face for years. I would catch him looking at me, but I always doubted because he never showed any sign of recognition.”

“Why didn’t you tell us?” I asked exasperatedly.

“Because I wasn’t sure. I didn’t want you to create a scandal. But now I’m convinced it was someone working with Daddy.”

Who was it? I hope he falls in a manhole and drowns like a rat. I hope he steps on a live wire. That’s why I’m convinced that there are guardian angels. They protect children as they go through the eye of a needle.