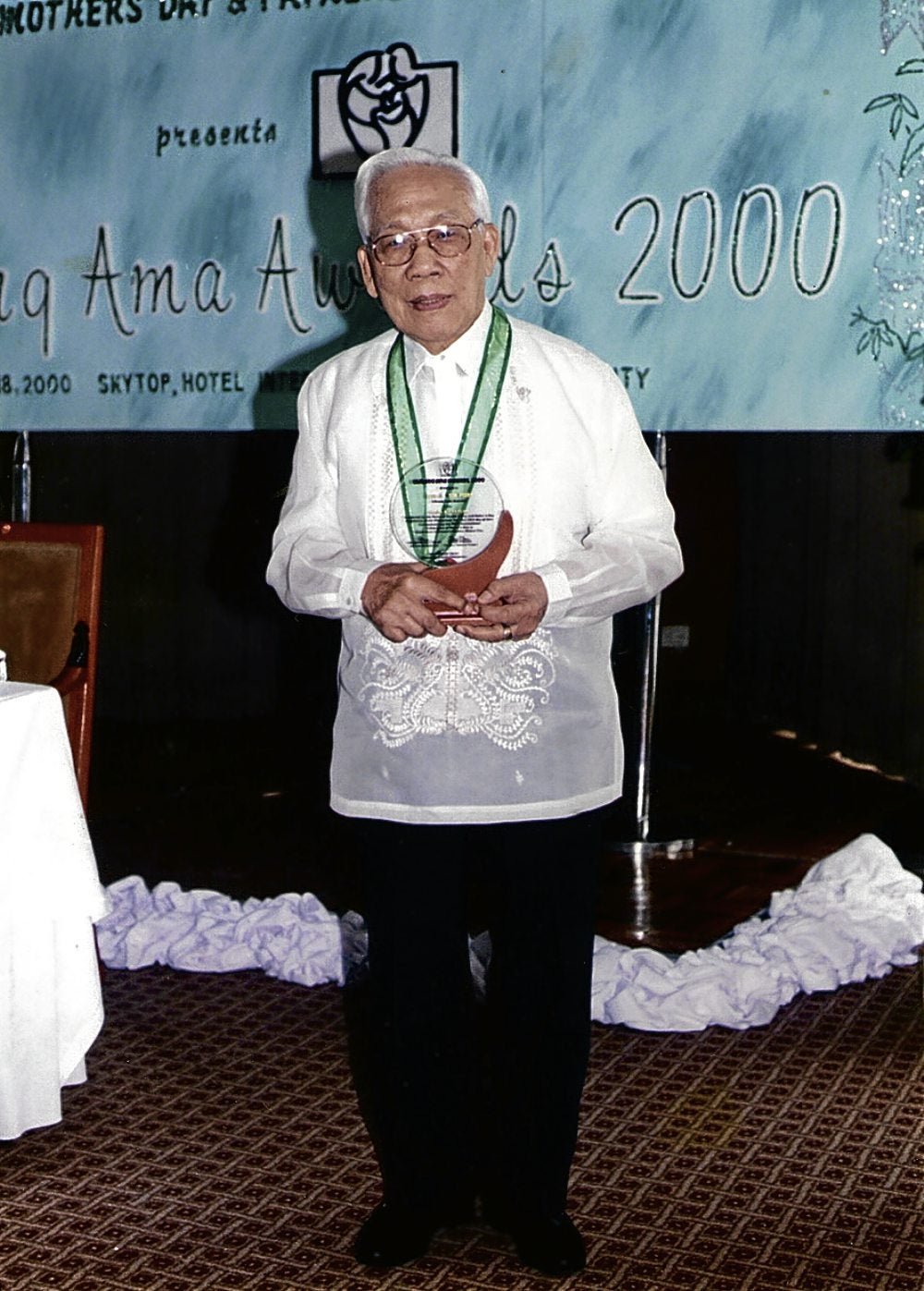 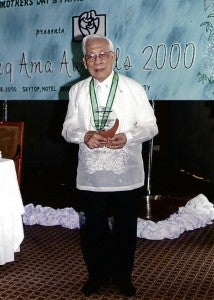 Today. Feb. 11, is the birth centenary of   Lucio D. San Pedro. Composer, professor and band conductor, he was born in Angono, Rizal, a century ago and proclaimed National Artist for Music in 1991.

In celebration of his centenary, a wreath-laying ceremony is scheduled today at 7 a.m. in the Mountain of Eternal Rest Catholic cemetery in Angono.

Alfredo Buenaventura, composer and colleague of the maestro, is the main speaker.

At 8 tonight, a memorial concert follows at the town’s St. Clement Church.

The Angono National Symphonic Band, which the maestro’s father established for his laboratory in the ’30s, and the Angono Youth Symphony Orchestra take turns in performing his works. Grandson Gabby San Pedro Roxas conducts the band, and José Romel Gregara the symphony orchestra.

A budding soprano and the maestro’s granddaughter, Mary Grace San Pedro, who is a student of Josie Bailen at Sta. Isabel College of Music, is a featured soloist.

San Pedro created different types of musical compositions. He wrote symphonic music, band, vocal, choral, music-theater, chamber, movie music. He is known for the glorification of the Filipino soul in his compositions.

He ardently advocated the creative, not literal, use of the folk song, which he clothed in a polished style to evoke a subtle effect that articulates a strong sense of Filipino identity. It was through the utilization of folk songs that he struck a dynamic sense of patriotic belonging for his countrymen.

Because folk songs are the spontaneous, unconscious expression of the feelings, interests and aspirations of the people, their use in creating a musical language ensures easy understanding and identification.

“Call it nationalism or whatnot,” he said, “but I don’t believe that nationalism in music can be expressed by literally using the material of our folk songs. The composer, rather, should squeeze from the folk material the essence, style, atmosphere and common touch that is Filipino, and express it in terms of his personality, style and temperament.”

Ironically, he told this writer a long time ago, he got this philosophy from his mentor in composition at Juilliard School of Music in New York City, Bernard Wagenaar, with whom he studied for a year as a scholar of the Filipino Youth Symphony Orchestra in 1947.

The irony, of course, lies in the fact that while he was aware of the nationalist philosophy being staunchly pursued in the school he attended in the ’30s—the University of the Philippines College of Music— by such ardent Filipinists Francisco Santiago, Nicanor Abelardo, Juan Hernandez and Antonio Molina, the idea simply did not stick in his mind. The four, he said, are formidable pillars of the nationalist tradition.

In his works, San Pedro paid homage to the physical grandeur of his country, as reflected by his town Angono, which typifies the national soul.

It is perhaps in his symphonic work “Lahing Kayumanggi,” originally composed for the symphonic band in 1961, that the articulation of his philosophy, “creative nationalism,” is best exemplified.

The work is dedicated to the heroic struggle of the Filipino people for liberation from colonization. It is built on the first four notes of the folk song “Bahay Kubo,” the symbol of the masses.

The dedication he inscribed on the score of this great work is telling: “I have always attempted to immortalize the virtues and aspirations of the masses whom I believe are the pillars of the nation. I have placed them on a pedestal for everyone to emulate, and putting them on a pedestal is not an easy task. I want them to be revered, and, as such, the manner of emulating them cannot be done through a vulgar approach, but rather through utmost creativity.”

The sylvan setting of his idyllic town has also given him immense inspiration. Two majestic symphonic works were drawn from it: “Ang Buwan sa Kabundukan” (1952) and “Suite Pastorale” (1956).

The first depicts sunset on Laguna Lake from a portion of whose shore nestles the town of Angono, and the moon rising from the Angono Hills. This dramatic ascent of the moon is expressed in rich tonal colors. The composer is awed by the rising of the moon over the hills in his hometown. This he romanticizes as the best phenomenon that finds no equal in other places, notwithstanding the fact that the phenomenon is universal!

Never mind if such an expression proclaims naïve parochialism. Consider instead the idealization the composer expresses of his town in the same manner another National Artist from Angono, Carlos “Botong” V. Francisco, has glorified the town through his paintings.

Thus the town’s broad-shouldered farmers, the sociocultural and para-liturgical activities, the fertile rice fields, the once-verdant mountains and the abundant bay served as an immense source of inspiration.

“Suite Pastorale” depicts the rusticity of his town: its panoramic spatial environment that provides the setting; the blissful sunset; a religious vigil in the church at night; lulling a baby to sleep, capped by a festive feast celebration in honor of the town’s patron saint, San Clemente, whose image was found floating on the lake, are all gloriously told in the work with a broad symphonic sweep.

The fourth part, the lullaby, is the symphonic version of the famous song “Sa Ugoy ng Duyan.” He composed this in 1943 intended for a competition during the Japanese Occupation. He did not submit it as he failed to find a lyricist who could write the text.

On his way home from Juilliard, on board the ship SS Gordon, he chanced upon Levi Celerio (who also became a National Artist for Music and Literature in 1997), who boarded it when it anchored at Honolulu, Hawaii. Levi was in the company of other Filipino musicians who had staged a performance in the place.

He showed the composition to Levi, who sat at the piano, and wrote the lyrics presto! Thus was born a great collaboration that would be followed by many more.

“Suite Pastorale” and “Lahing Kayumanggi” will be played by the Angono National Symphonic Band in the “Parangal” (Tribute) concert tonight.