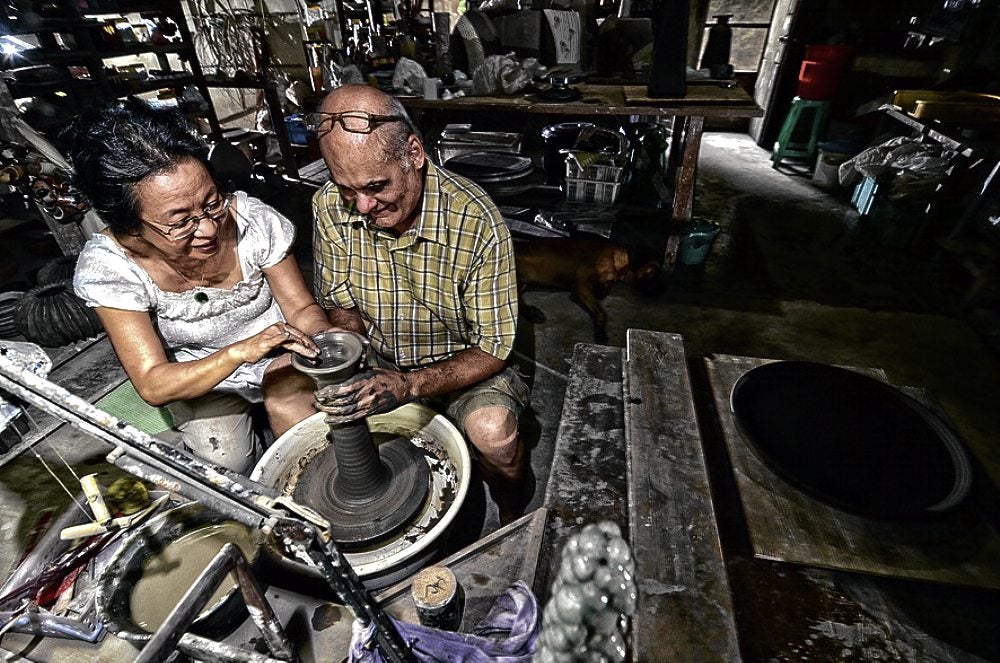 Partners in love and art

Famous for her surreal self-portraits, Mexican artist Frida Kahlo came up with a self-lacerating remark: “I suffered two grave accidents in my life. One in which a streetcar knocked me down and the other… is Diego.”

She was referring to muralist Diego Rivera, whose commissioned works in the United States are highly political and controversial.

Kahlo had a  volatile and  stormy love affair  with Rivera. Despite infidelities and passionate disputes, their on-off-on marriage endured for 30 years until her death.

Her brilliant artistic career and exciting life spawned a biography, a novel, an opera,  a musical suite, and an Oscar-awarded film. Frida was portrayed by Mexican-American Salma Hayek.

A manifesto on an artist’s relationship goes:

The manifesto was written by Marina Abramovic, who described herself as the “grandmother of performance art.”

Now, how do we Filipinos fare in this game of love and art?

In fact, she just launched “Pares-Pares,” an art exhibit featuring works of the “magnificent seven artist couples” on the Philippine art scene today.

She says: “I notice that on the local art scene, there is quite a number of artist couples who have solid marriages.”

The septuagenarians Norma Belleza and Angelito Antonio are the most senior couple in this show; they could very well be a statement in favor of preserving the sanctity of marriage.

The husband-and-wife team continues to paint and exhibit. Both University of Santo Tomas-bred and multi-awarded, they love to travel and are always a tandem, not only in producing colorful works of art but also in bringing forth offspring who excel in their art.

Siblings Marcel, Emil and Fatima are their parents’ pride. Their home-cum-studio is beautifully ensconced in the hills of Antipolo.

Married for 35 years, the Pettyjohns have lived and worked together at their home and studio in Calamba, Laguna.

Jon and Tessy have mentored second- and third-generation potters. They continue to spin their potter’s wheel. Together they create magnificent works of art in vases, pots and vessels.

Their lovenest-cum-studio is a witness to the artistry of Bolipata and Borlongan.

The latter’s canvases can be found in Fukuoka Asian Art Museum, Singapore Art Museum, Bencab Museum and Pinto Art Museum. They are also prominently displayed at the home of writer Gilda Cordero-Fernando.

The four other couples in the exhibit are all young artists.

Clairelynn Uy and Jojo Lofranco, members of the 1997 Anting-anting group, are into contemporary art. The wife makes visual commentaries on pop culture while  the husband depicts current views on religious life. They live in a condo and work somewhere in Quezon City.

Pam Yan and John Santos are dubbed as “super couple” of Philippine art who combine art, teaching and child rearing. They work together and critique each other’s work.

Their punching bag at home and studio in Pasig help them de-stress while waiting for the Muse to come. Pam is inspired by the quips of their nine-year-old special child.

Marina Cruz and Rodel Tapaya are making strides five years into their marriage. They are blessed with two kids.

In November 2011, Tapaya won the Signature Art Prize in Singapore for his 305 x 610-cm acrylic-on-canvas “Baston ni Kabunian.” It uses Filipino folklore to address environmental destruction, garnering the top prize among 130 entries from 24 countries and territories. The  international jury described it as “a compelling and monumental-scale work.”

Noell El Farol and Mervy Pueblo are internationally acclaimed sculptors. She works with stone, he with glass and metal. The couple represented the Philippines in an international sculpture symposium held in Russia in October 2008.

They are temporarily separated as Pueblo is a Fulbright fellow at Minneapolis College of Art and Design in the US.

The exhibit was opened to celebrate the 31st anniversary of  Liongoren Gallery and will run until Feb. 15.

Norma Liongoren says of the artist couples: “I have to learn from them. I have to congratulate them. They manage their relationship well. It’s difficult to marry an artist. I think they are bound together by their faith and belief in God.”

Norma, as every Filipino art aficionado knows, is married to Alfredo Liongoren. They have just celebrated their 40th wedding anniversary. She whispers about how those years had been—it could either be a Kahlo/Rivera or a Belleza/Antonio.