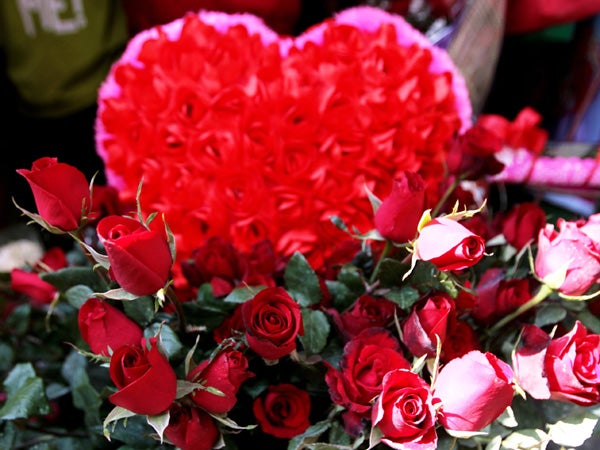 Witness the fitness: Look for DNA in Valentine’s Day 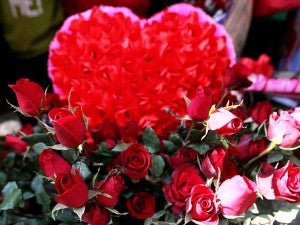 PARIS – She wore a tight red dress, a new pair of high heels and a matching handbag. He wore a suit, bright tie and a chunky watch.

He thought she looked older and heavier compared with her page on the dating site. She thought he looked shorter than the 1m 83 (six feet) he had advertised. Twenty minutes into their drink, she learned he was only a junior in his sales department, and not a supervisor as he had made out.

The evening was not a success.

Few things are as starkly revealing about Homo sapiens than the rituals of courtship. If love is everywhere, so is fakery.

And as Saint Valentine’s Day looms, some good advice to the gullible might be this: Don’t think romance, think genes. Witness the fitness!

Underpinning the power suit and tie, the sexy dress and high heels, the makeup and jewellery – and the fibs that the men and women tell each other – is our species’ drive to survive, say evolutionary psychologists.

“In courtship, who wins and who loses will determine who passes on their DNA to tomorrow,” says Helen Fisher of Rutgers University in New Jersey.

“So the game of courtship matters. It matters big time.”

The theory of evolutionary behavior is rooted in the biological differences of the genders.

Both men and women are looking for the best bet in a partner to ensure that their progeny is healthy.

But women have only a small, limited stock of eggs, while men have almost limitless sperm. If a woman gets pregnant, she has to invest nine months in gestation and then many years more in bringing up baby. So choosing a guy who is willing and able to provide is essential.

“To paraphrase Darwin, males will mate with anything that has a pulse, women are choosy,” quips US anthropologist Neal Smith.

These differences explain our snapshot responses, honed over millions of years, when we eye a person of the opposite sex.

Males are engineered to scan for signs of fertility – large breasts, a shapely figure, clear skin, bright eyes – and potential sexual invitation, such as swishy hair, red lips and a bouncy gait.

Knowing this, women adapt their look accordingly. Which is why billions are spent on skin creams and hairdressers, and why shape-changing gadgets such as pushup bras, corsets and the “booty bra,” moulding one’s bum into pertness, find buyers.

As for high heels, the scientists say the reasons why they sell are not the ones you will read about in fashion magazines.

Heels change the angle of the buttocks. The higher the heels, the greater the angle.

“A raised backside is attractive to men because it mimics lordosis, the sexually receptive position that mammalian females adopt prior to mating,” notes Gad Saad of Montreal’s Concordia University, author of a book on evolutionary behaviour, “The Consuming Instinct.”

Looking for fitness in a man, a woman goes for signs of health and strength, which indicates such genes will be transmitted to the offspring.

Alternatively, she may look for signs that the man will be a good provider for it. The swift clues come from money and signs of status.

This is why men jostle to show themselves off as alpha males and why credit cards, sports cars, watches, houses and other obvious signs of resources and rank are important.

It also explains why admitting to being poor or jobless brings zero returns for a man looking for love at a cocktail party.

For men, enhancing status is just as tempting as it is for women to enhance their appearance.

In a 2010 study, psychologists Gregory Shuler and David McCord asked users of the dating website www.hotornot.com to rate the attractiveness of an average-looking young man with glasses.

In successive weeks, they posted pictures of him, firstly standing alone and then next to one of three cars: a decrepit Dodge Neon; an unblemished Ford Focus; and a shiny Mercedes C Class C-300. The man wore the same clothes and had the same neutral expression in each picture.

Initially low, his “hotness” rating rose after he was seen next to a car and then climbed in accordance with the escalating value of each vehicle, peaking when he stood next to the Merc.

But he didn’t own any of these cars; it was just the implication of ownership that counted.

Courtship is influenced by one’s cultural background and fashions that come and go, says Smith.

Gifts, especially food, are used everywhere to show increasing “investment” by a male in a female. In the West, the stereotypical presents are flowers, chocolate and a ring, but in other cultures, the tokens would be different.

Underneath, though, the message is this: Times have changed since H. sapiens first walked the savannah, but our DNA – and thus our primal responses for sizing up a potential mate – has remained the same.

“Even in our modern day, when men might not want the babies and women might not need the resources, both sexes respond in a pattern that from an evolutionary psychiatry perspective is adaptive,” meaning that their behaviour is shaped by natural selection.

So first appraisals may sound like an awful meat-market moment, but they do not have to be.

“Brain-scanning studies show that we size up a person within the first few minutes,” said Fisher.

“But the bottom line is, the more you get to know somebody, the more you tend to like them, and the more they tend to like you. So one has really got to get over those first impressions and move into trying to think of reasons to say: Yes.”